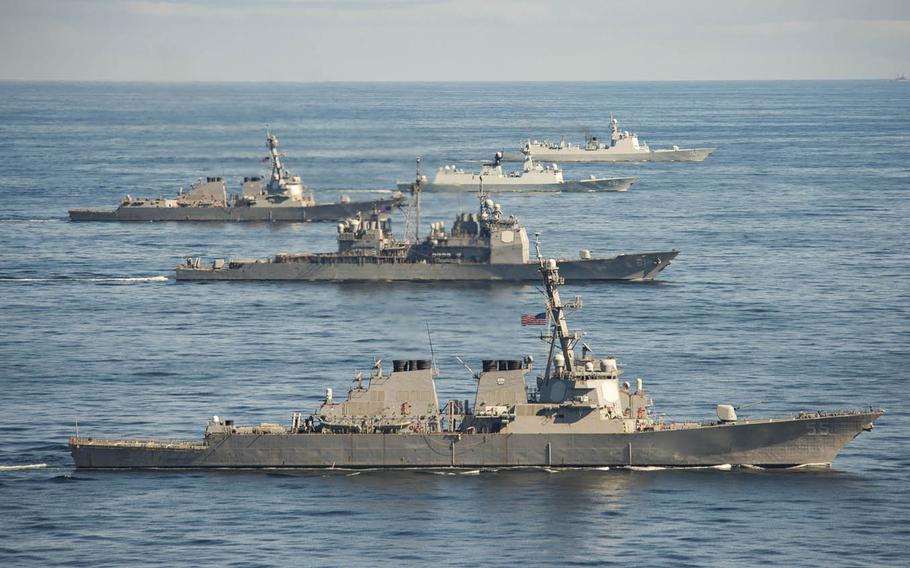 JOINT BASE PEARL HARBOR-HICKAM, Hawaii — A flotilla of Chinese ships arrived at Pearl Harbor for a routine port call on Sunday.

The three ships — the CNS Jinian, CNS Yiyan and CNS Qiandaohu — are scheduled to remain at Joint Base Pearl Harbor-Hickam near Honolulu through Thursday, giving the People’s Liberation Army-Navy sailors a chance to interact with their American counterparts, a U.S. Navy statement said.

Foreign navy ships make regular stops at Pearl Harbor, the most recent by the Zheng He, a PLA midshipman training vessel, in October.

The USS Stethem visited Shanghai, China, in mid-November, in the wake of tensions after the United States sailed the destroyer USS Lassen within 12 nautical miles of the disputed Subi Reef in the South China Sea.