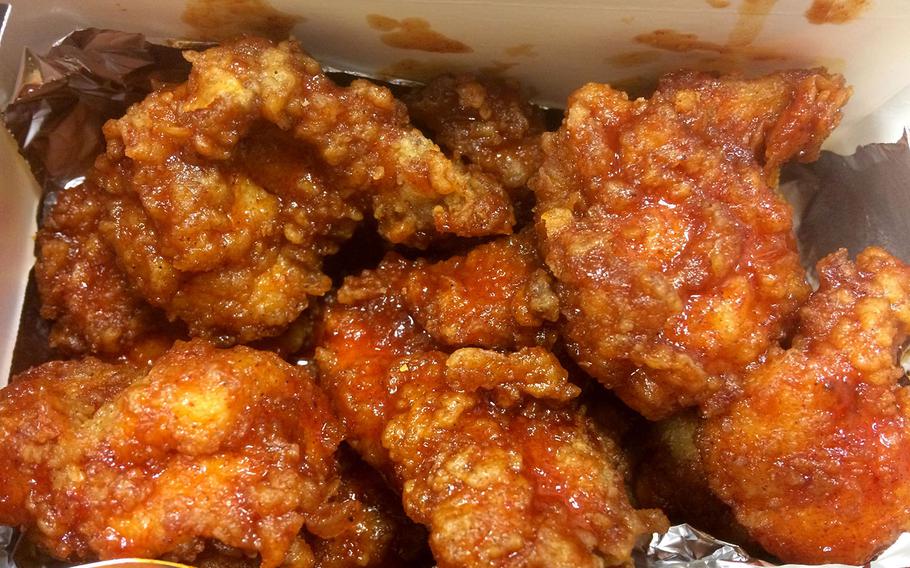 Chicken Kokio in Wiesbaden, Germany, serves a tasty fried chicken with a slightly spicy red sauce. The unassuming chicken joint is near a pair of American housing areas in the Bierstadt district. (Dan Stoutamire/Stars and Stripes)

Chicken Kokio in Wiesbaden, Germany, serves a tasty fried chicken with a slightly spicy red sauce. The unassuming chicken joint is near a pair of American housing areas in the Bierstadt district. (Dan Stoutamire/Stars and Stripes) 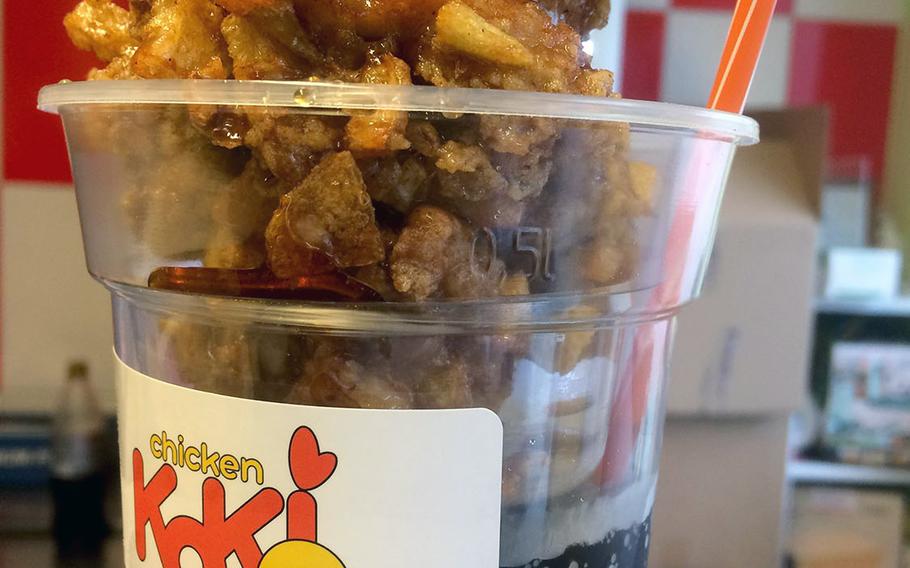 A "ballcup" from Chicken Kokio is a combination of a soft drink and either fried chicken or fried chicken with potato bits attached - the latter shown here. Located in Wiesbaden's Bierstadt district, Kokio is a six-month-old takeaway restaurant inspired by Korean cuisine. (Dan Stoutamire/Stars and Stripes) 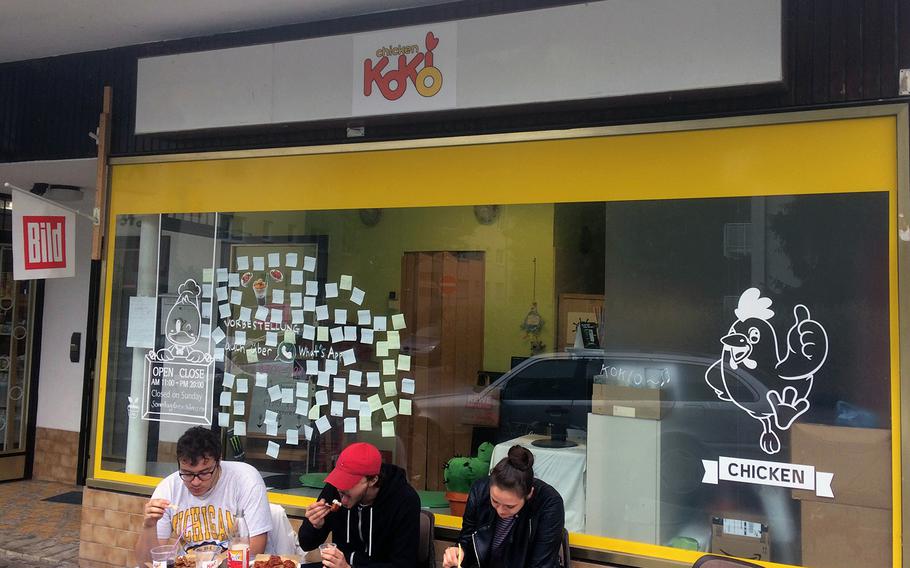 Diners eat outside Chicken Kokio in Wiesbaden, Germany. The restaurant - primarily a takeaway joint - features delicious and crispy Korean fried chicken, with or without sauce, and side dishes. (Dan Stoutamire/Stars and Stripes) 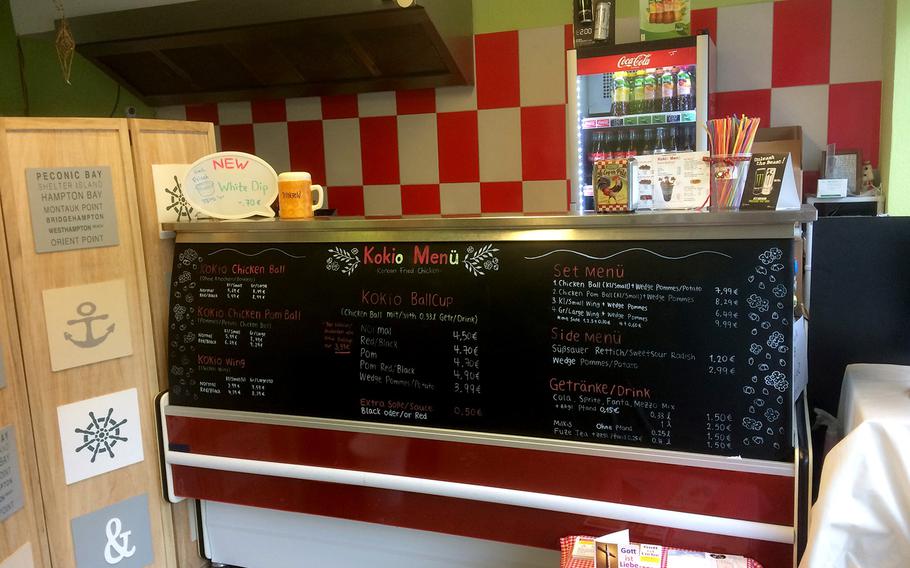 The interior and menu board at Chicken Kokio in Wiesbaden, Germany. The recently opened restaurant features mainly Korean fried chicken along with some side dishes. (Dan Stoutamire/Stars and Stripes)

Located just around the corner from Wiesbaden’s Crestview housing area and a short walk or drive away from Aukamm and Hainerberg, Chicken Kokio is a delicious and convenient way to avoid cooking and doing dishes on busy weekday evenings.

The restaurant, which has been in business for six months, was opened by Koreans who came to Germany more than a decade ago to study and work. Its menu is relatively straightforward, but there are some surprises and interesting takes on their simple formula. These include what they call “ballcups,” which combine fried chicken and a 12-ounce drink in a convenient, easy-to-carry package.

Korean fried chicken is undoubtedly the king of the menu here. While sides like potato wedges and sweet and sour radish are also available, most of Kokio’s offerings consist of some kind of fried chicken — either in boneless form or bone-in-wing form.

The chicken pom balls put together the main course and side — a combination of boneless chicken and potato, which seamlessly forms a part of the breading.

You can top them with a pair of sauces — a slightly spicy red one and a soy-sauce-based black one. Both are delicious and highly recommended. They give an extra dimension to the already crispy and tender chicken.

I tried the pom balls in a cup with the black sauce. The portion was perfect for a quick adult lunch or a generous children’s meal. Chicken, breading and potato chunks might seem an odd combination, but it was really quite good.

Normal boneless chicken topped with the red sauce — sans potato — was also enjoyable. But if you’re a fan of extremely spicy sauces, you might be disappointed. It’s more sweet and tangy than spicy, though there is a slight kick.

Occupying a tiny space, Kokio has limited seating outside — a pair of tables and a few chairs. It’s definitely meant for carryout, but it would be great if there was more room to sit down and devour your meal immediately.

In short, Kokio is a convenient and delightful little take-away joint, offering a delicious menu and quick and friendly service.

Location: Schultheissstrasse 34, Wiesbaden-Bierstadt 65191 The chicken-heavy menu is in English and German, and the friendly owner and workers speak English.