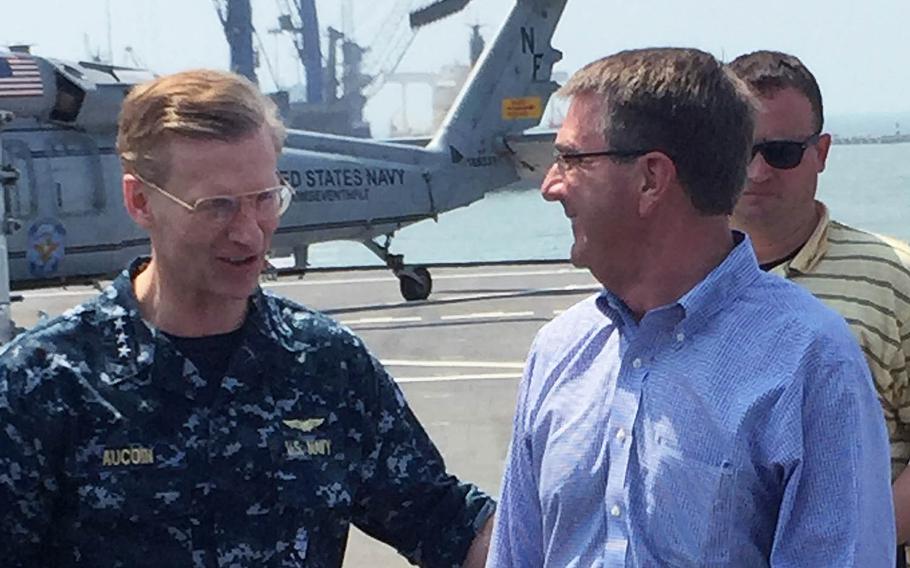 MORMUGAO PORT, Goa, India — The U.S. plan to accelerate the campaign against the Islamic State in Iraq is not dependent upon whether Iraq can achieve political unity, Secretary of Defense Ash Carter said Monday.

Carter was addressing remarks made by Secretary of State John Kerry during his visit to Iraq last week that seemed to suggest the U.S. would not send extra troops and equipment to help the government of Iraq retake Mosul from the Islamic State without the country addressing the deep sectarian divisions that threaten to splinter the country into Sunni, Shia and Kurdish territories.

The Islamic State took Mosul, Iraq's second largest city, in 2014 and uses it as a defacto capital in Iraq. Carter and other defense leaders, including Chairman of the Joint Chiefs Joseph Dunford, have been calling for the U.S. to send in additional troops to help the Iraqis drive the terror group from its borders.

U.S. military support for the defeat of the Islamic State in Mosul continues with the goal of "accelerating the military campaign as fast as we can," Carter said. "There's no pressure that some of it [the U.S. plan] is dependent upon political cohesion and progress in Baghdad."