Campaign's over, but the partisan divide is expanding 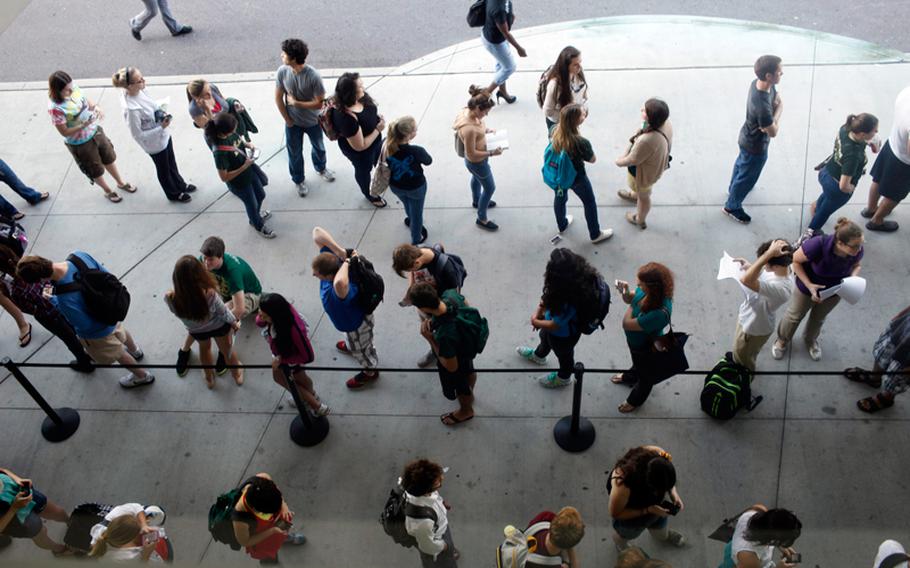 USF students wait in the line outside the Marshall Center, on Tuesday, November 6, 2012, in Tampa, Florida, as many of them were voting in their first presidential election. (Eve Edelheit/Tampa Bay Times/MCT) 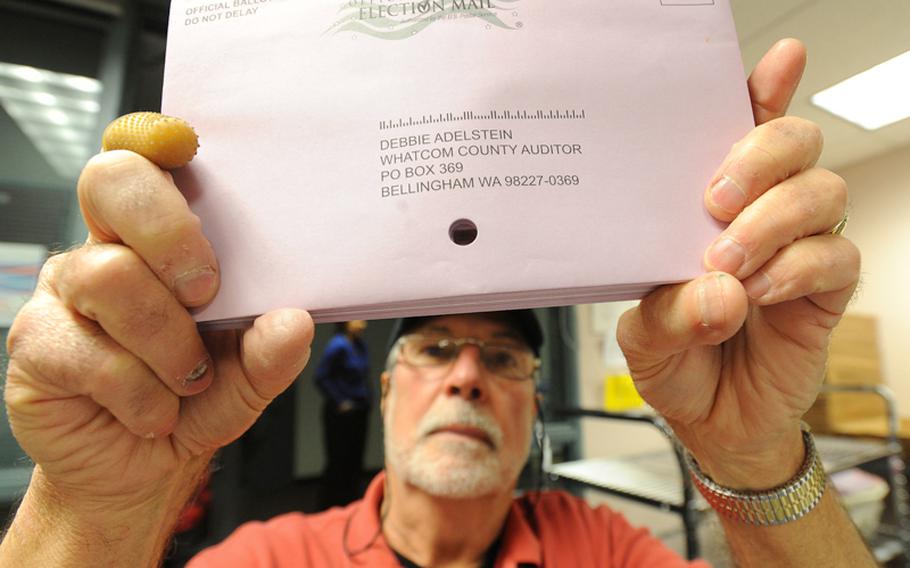 Election worker Richard Coit makes sure all ballots are removed from envelopes by looking through the hole in the middle of the envelopes at the Whatcom County Auditor's office on Election Day, Tuesday, November 6, 2012, in Bellingham, Washington. More then half of the registered voters in Whatcom County had already turned in their ballots before Election Day. (Philip A. Dwyer/Bellingham Herald/MCT) Voters prepare to cast their ballot at Perkerson Park in the Capitol View neighborhood of Southwest Atlanta, Georgia, Tuesday, November 6, 2012. Just before lunch, there was a steady flow of voters, but lines were very short. (Ben Gray/Atlanta Journal-Constitution) WASHINGTON &mdash; In his election night concession speech four years ago, Republican John McCain called on his supporters to reach out to then-Sen. Barack Obama &ldquo;offering our next president our good will and earnest effort to find ways to come together, to find the necessary compromises &hellip; and work together to get our country moving again.&rdquo;

Instead, on the day after the contentious 2012 presidential election, America will wake up to an expanding partisan divide on Capitol Hill, historic lows in popularity ratings for Congress, and fears that the vitriol of this election season and legislative gridlock might become the norm.

The 112th Congress is on pace to be the least productive in modern times, in terms of laws enacted. Since World War II, no two-year session has failed to produce fewer than 330 laws. Over the last 22 months, the current Congress hasn&rsquo;t reached 200.

The divide is of concern not just for the future of political civility in America, but also because this year&rsquo;s lame-duck session of Congress is facing numerous issues that lawmakers will be forced to deal with in just a few weeks&rsquo; time &mdash; or face even more chaos.

About $1 trillion in automatic, across-the-board budget cuts will kick in Jan. 2, unless an alternative deficit reduction plan is passed. The so-called Bush-era tax cuts &mdash; a series of breaks for middle- and upper-class families &mdash; expire in December. Lawmakers still haven&rsquo;t passed next year&rsquo;s budget bills for the military, veterans affairs or any other government agency, even though the fiscal year started in October.

&ldquo;We&rsquo;re seeing lawmakers unwilling to be civil in their discussions, instead just degrading each other and not getting anything done,&rdquo; said Tomas Spath, co-founder of the Institute for Civility in Government. &ldquo;In the election, the parties are even more critical of each other. And we as a society just seem to put up with that now.&rdquo;

The partisan fighting isn&rsquo;t confined to Congress. This summer, the Pew Research Center&rsquo;s annual values survey found that the political divide among Americans had grown sharply over the last decade.

Environmental issues and immigration &mdash; topics that in the 1980s weren&rsquo;t considered partisan fights &mdash; are major friction points between the left and right. Attitudes toward business leaders and labor unions among party loyalists have steadily polarized as well.

Protesters at campaign rallies have become fixtures in the last decade. Politicians on both sides are routinely compared to Hitler.

In April 2010, after a Zogby poll reported that half of Americans had seen a noticeable decline in the tone of political discourse since Obama&rsquo;s election, Brookings Institution scholar Darrell West said the state of U.S. politics was &ldquo;an arms race of incendiary rhetoric, and it&rsquo;s quickly reaching the point of mutually assured destruction.&rdquo;

That was before the tea party helped turn the House Republican, before multiple government shutdown threats, before the stump speeches in the presidential primaries and the election advertising blitzes this summer.

When asked about his 2010 quote recently, West laughed.

Lee Hamilton, a Democrat who served Indiana in the House for 34 years and is director of the Center on Congress, believes that the political discord might have finally reached a tipping point.

The public approval rating of Congress reached a historic low of 10 percent in August, and hasn&rsquo;t been above 50 percent in almost a decade. Hamilton said lawmakers he has spoken to recognize and understand the anger.

&ldquo;They&rsquo;re getting more worried about the public feeling disenfranchised, and they&rsquo;re beginning to see the need for solutions,&rdquo; he said. &ldquo;I think the majority of politicians moving ahead will read the mood of the country and not hold this ideological position of &lsquo;no compromise.&rsquo; &rdquo;

He believes that will start next week, with serious talks among lawmakers on how to stave off the sequestration spending cuts. Hamilton doubts that a sweeping solution can be found in just a few weeks, but he expects the two parties to at least agree on delaying the cuts for a few months while they continue negotiating.

&ldquo;I&rsquo;m not of the view that this gridlock will continue forever,&rdquo; he said. &ldquo;There are no guarantees, but I believe progress will be made.&rdquo;

Even in the height of partisan paralysis on Capitol Hill, divided lawmakers have agreed on some military and veterans issues. Last year, while Republicans and Democrats battled over how to jump-start the economy, they passed bipartisan jobs legislation for veterans. For the last 50 years, the House and Senate Armed Services committees have managed to pass a defense authorization bill &mdash; setting the services&rsquo; spending rules and priorities &mdash; regardless of the surrounding political battles.

Veterans groups have begun pushing for a series of smaller bills on GI Bill benefits and more post-military employment help in the lame-duck session, hoping that those small victories might lead to bigger accomplishments by the incoming Congress.

Spath said he senses that lawmakers do understand there is a problem with the current attitudes in Congress.

When the Institute for Civility in Government was formed in 1998, it was the only organization publicly preaching the need for more productive debate among politicians. Before then, he said, the idea seemed quaint and idealistic.

&ldquo;Now if you search online, there are dozens of groups pushing the same idea, and there&rsquo;s a movement to bring more civility to government,&rdquo; he said. &ldquo;So, I guess that could be a sign of progress.&rdquo;