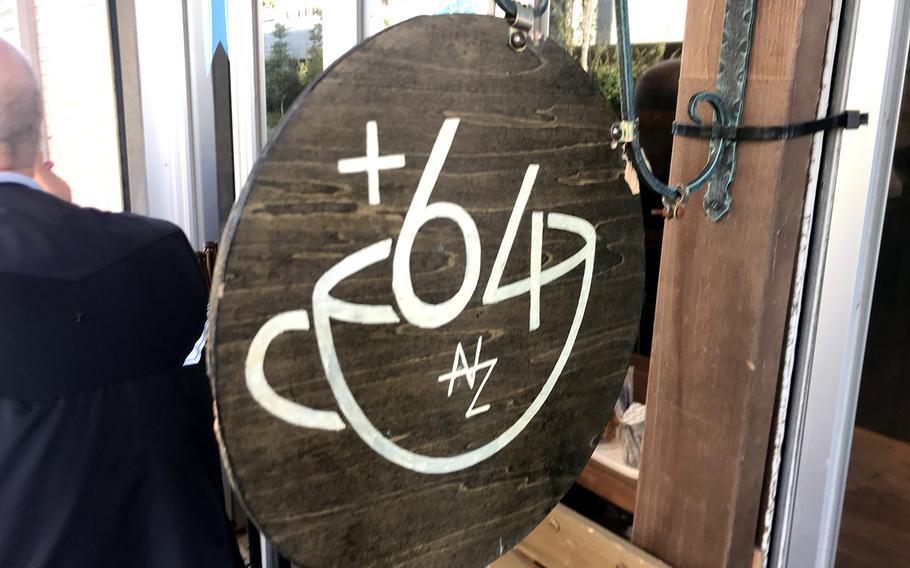 Buy Photo
The +64 Cafe in western Tokyo is named after New Zealand's international dialing code. The cafe is owned by the captain of Japan's national rugby team, Michael Leitch. (Seth Robson/Stars and Stripes)

Buy Photo
The +64 Cafe in western Tokyo is named after New Zealand's international dialing code. The cafe is owned by the captain of Japan's national rugby team, Michael Leitch. (Seth Robson/Stars and Stripes) 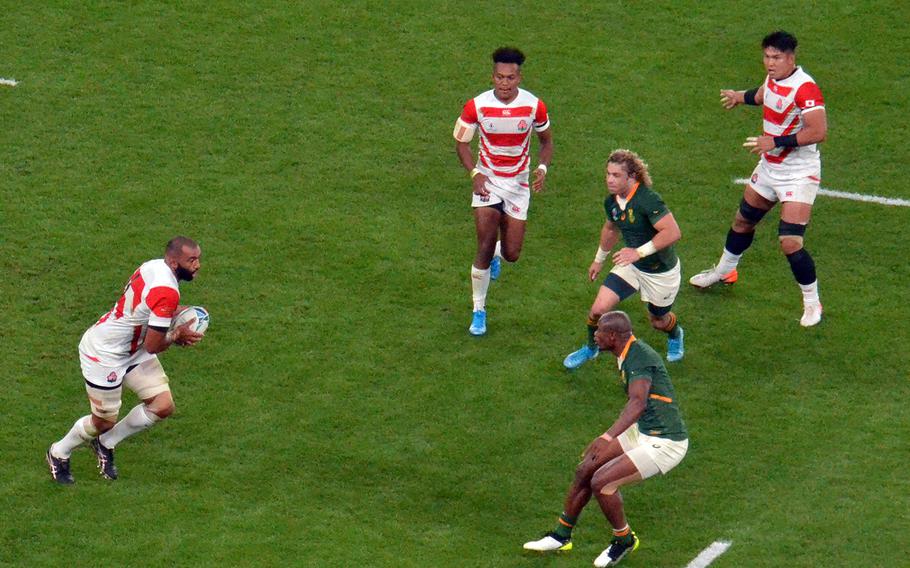 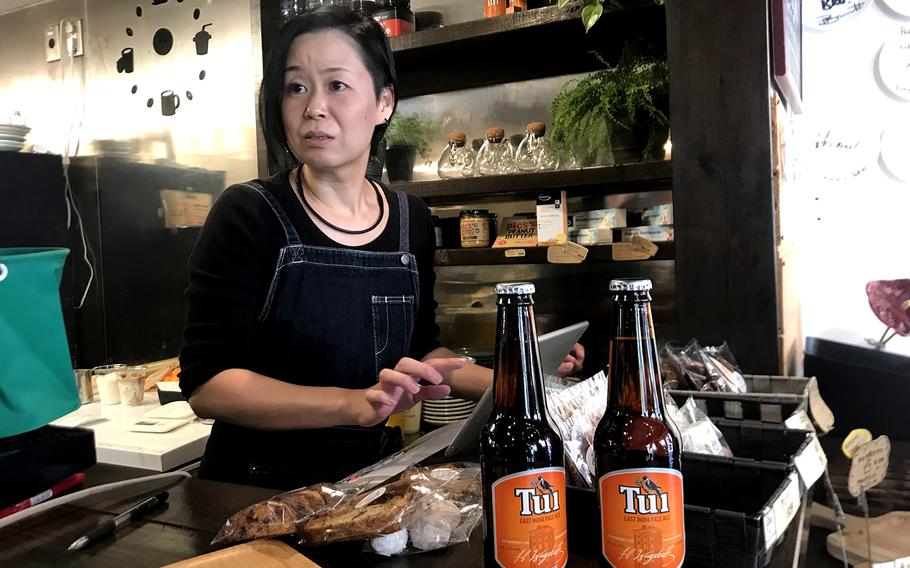 Buy Photo
There's not a lot of space at the +64 Cafe, so arrive early if you plan on eating before watching a game at nearby Tokyo Stadium. (Seth Robson/Stars and Stripes) 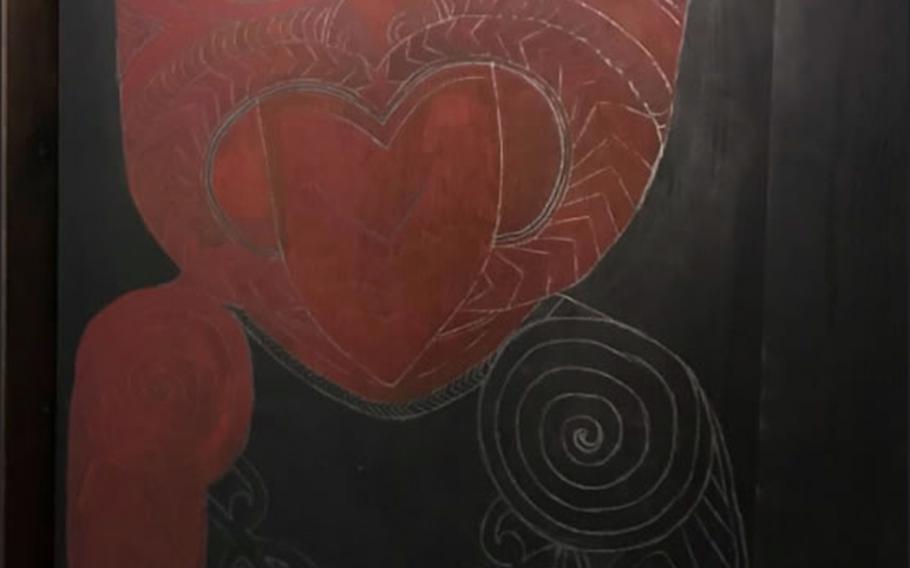 Buy Photo
There are plenty of reminders of Kiwi heritage at the +64 Cafe in Tokyo, including a large painting of what looks like a Taniwha – a supernatural being that, according to some of New Zealand's indigenous Maori people, lives in rivers or caves. (Seth Robson/Stars and Stripes) 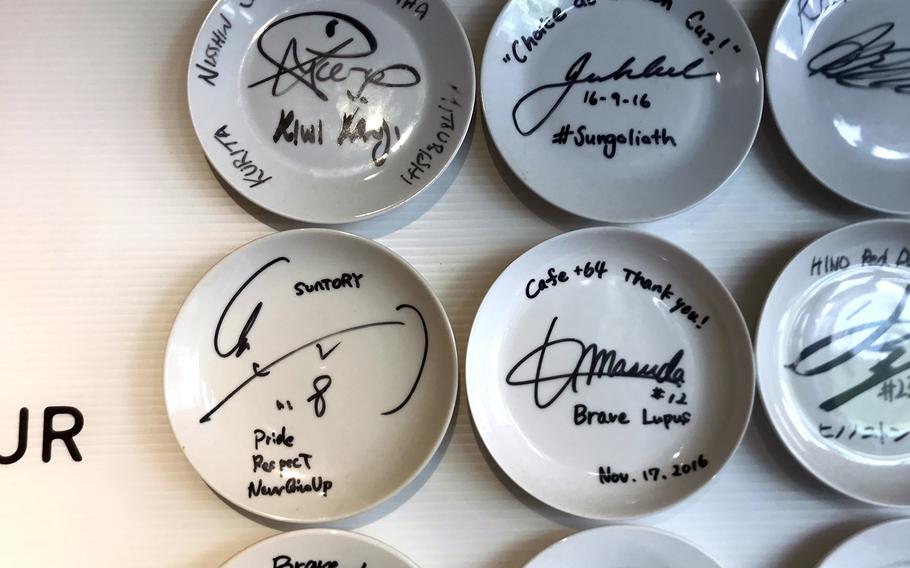 Buy Photo
A wall at the+64 Cafe in western Tokyo is decorated with saucers signed by professional rugby players. (Seth Robson/Stars and Stripes)

Did Japan’s Rugby World Cup turn you into a Brave Blossoms fan?

At the +64 Cafe, a short walk from Bubaigawara Station in western Tokyo, you might see members of the Japanese national rugby team or professional Top League stars fueling up before a game at nearby Tokyo Stadium.

The cafe is owned by Michael Leitch, the legendary captain of the Brave Blossoms, as the Japanese national rugby team is known.

Leitch grew up in Christchurch, New Zealand, and has played rugby for New Zealand’s Waikato Chiefs, the Fuchu-based Toshiba Brave Lupus and the Tokyo Sunwolves Super XV team. The cafe’s name is a reference to New Zealand’s +64 international dialing code.

If you’ve followed the news about the Rugby World Cup in Japan this fall, you’ve probably heard plenty about Leitch. He led Japan on a dream run during the tournament that included victories over heavyweights Ireland and Scotland to make the quarterfinals for the first time in history. The Brave Blossoms eventually fell to the South African Springboks, who went on to defeat England in the finale.

On the afternoon before the New Zealand All Blacks played Wales at Tokyo Stadium in the tournament’s Bronze Final on Nov. 2, a small group of rugby fans were sipping coffee at the cafe, which has only a few tables.

The only obvious homage to the eatery’s rugby connection is a display of saucers signed by various professional players. There are, however, plenty of reminders of Leitch’s Kiwi heritage, including a large painting of what looks like a Taniwha — a supernatural being that, according to some of New Zealand’s indigenous Maori people, lives in rivers or caves.

But if you want a proper meal on game days, it pays to get there early. Arriving just before 3 p.m. meant no seat, which allowed me to order only snacks. I went for a couple of cookies, which weren’t bad at all.

The cafe serves a type of coffee known as a flat white that’s ubiquitous in New Zealand and Australia. It’s fancy coffee that’s a little like a cappuccino and has plenty of frothy milk that baristas like to use to draw patterns like hearts and ferns.

You can also get regular iced coffee in a plastic cup with a straw, which is what I opted for. The 400 yen ($3.67) brew went down well with the cookies.

This wasn’t anywhere near the sort of calories you’d need to get through 80 minutes of rugby, even sitting in the stands, but it was enough to get me to the nearest convenience store to take in a little more energy before watching the All Blacks smash Wales 40-17.