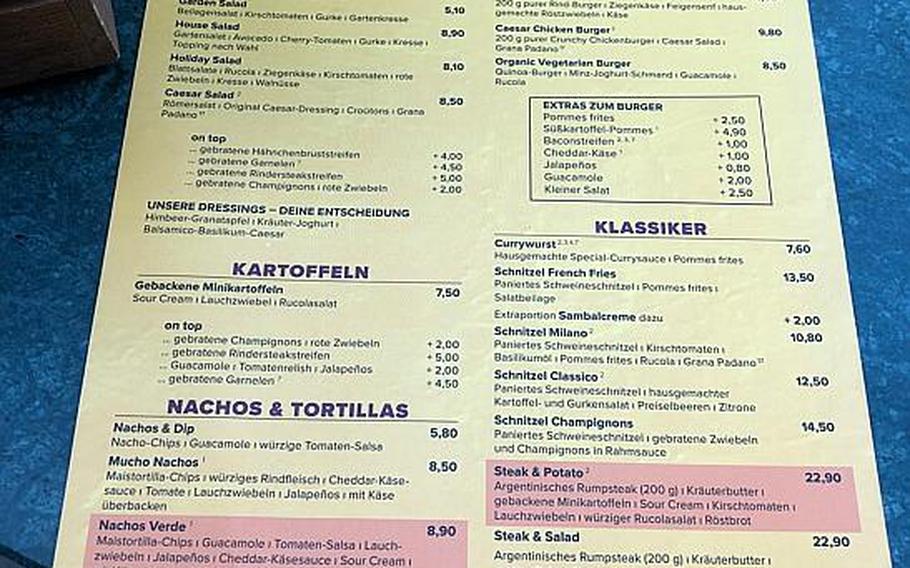 The menu at Cafe Del Sol is long and full of choices that will fit most diets, including vegan. (Aaron Knowles/Stars and Stripes)

The menu at Cafe Del Sol is long and full of choices that will fit most diets, including vegan. (Aaron Knowles/Stars and Stripes) 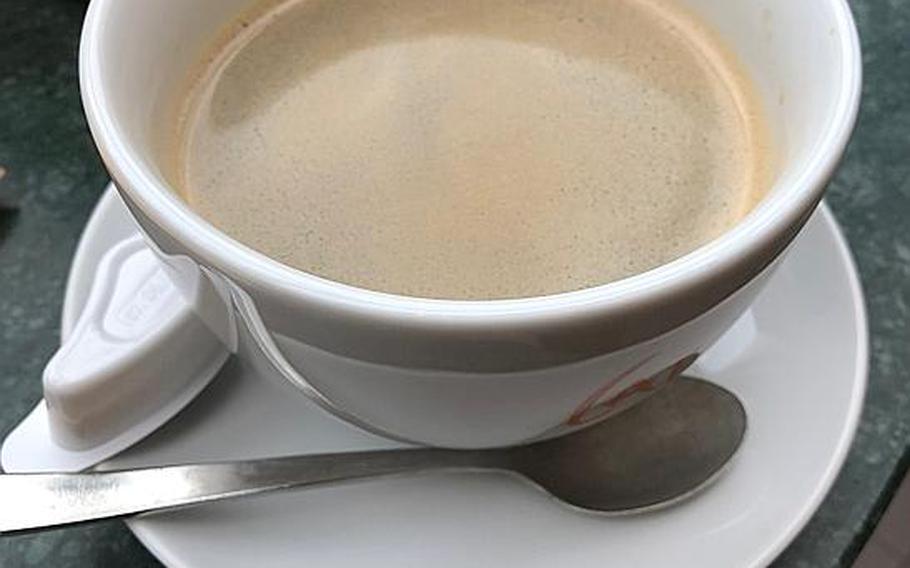 A small coffee in a large cup didn't fit the "joys of life" motif advertised at Cafe Del Sol. (Aaron Knowles/Stars and Stripes) 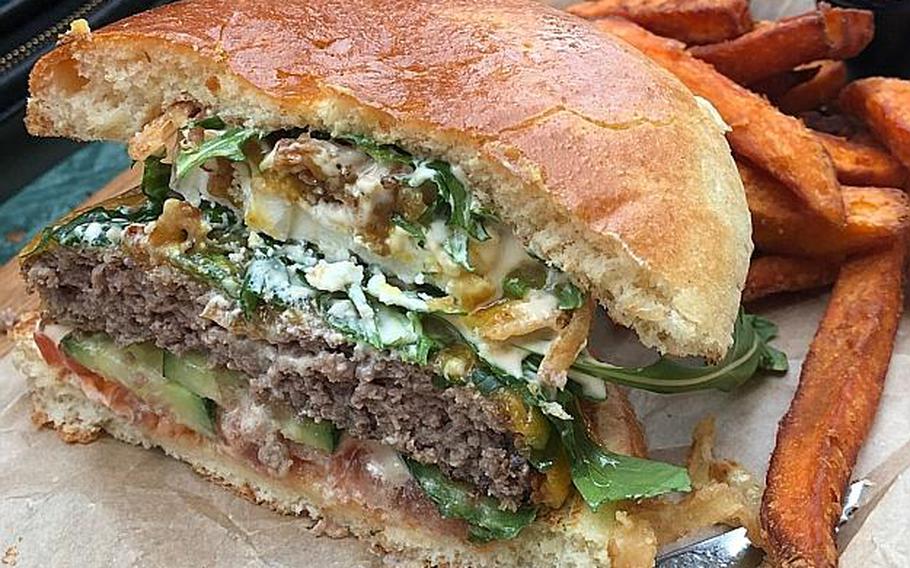 The goat cheese fig burger looks big and amazing, but when it is served at room temperature, it can leave a little to be desired. (Aaron Knowles/Stars and Stripes) 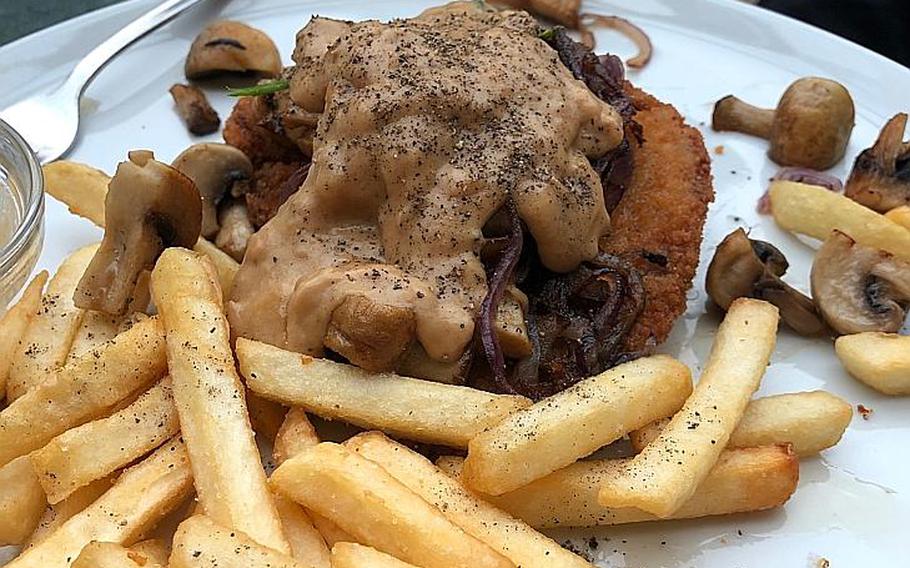 The schnitzel with mushrooms at Cafe Del Sol, a chain restaurant with dozens of locations throughout Germany. (Aaron Knowles/Stars and Stripes)

Cafe Del Sol is advertised as a place to come in jeans or a suit, night or day, alone or in a group and experience the joys of life.

I didn’t experience those joys during my visit, but I did leave full and without spending as much as I had expected at the downtown Wiesbaden restaurant, located next to the city’s famous hot spring.

The chain, with more than 30 locations around Germany, offers a range of world cuisine like red curry coconut soup and penne chorizo, as well as some nontypical versions of German fare.

I initially wanted to visit Cafe Del Sol for its popular brunch, but the advertised hours weren’t very clear since upon arrival, the staff said it was over at noon, but people were still in line getting food.

Instead, we visited in a group and tried the schnitzel with mushrooms, the hot Asian bowl and the fig goat burger.

The goat cheese fig burger was a decent size, but unfortunately was cold since the server brought a classic-style burger instead. When he returned with the correct meal, it had lost the heat that was supposed to warm the delicious slice of goat cheese between its meat patty, fig mustard and brioche bun. The side of sweet potato fries would have been a great side, if they hadn’t been served cold alongside the burger. The good thing about the fries was that they weren’t overly sweet.

The schnitzel with mushrooms was described by a friend as good, but not great. The gravy and accompanying onions and mushrooms were very fresh and seemed like they were pulled from a field out back. The side of fries or “pommes” were standard fare.

The saving grace of the meal was the hot Asian bowl. Unassumingly simple, with basmati rice or Asian-style noodles, soy sauce, roasted cabbage, sprout salad and my addition of steak slices, the bowl was flavorful and well-sauced. My only concern was when I asked for additional soy sauce, the waiter explained that they didn’t have any. That was a bit confusing.

I finished off my meal with a large coffee, sort of. I asked for a large and it came in a large cup, but it was only half-full. Or half-empty, depending on your philosophical standpoint.

Prices: Basic entrees like currywurst are about 7 euros; Bigger plates like steak go up to 23 euros; brunch buffet is 10 euros.