The Burger Place in Stuttgart specializes in the Canadian specialty poutine, which is French fries with cheese curds and gravy. (John Vandiver/Stars and Stripes)

The Burger Place in Stuttgart specializes in the Canadian specialty poutine, which is French fries with cheese curds and gravy. (John Vandiver/Stars and Stripes) 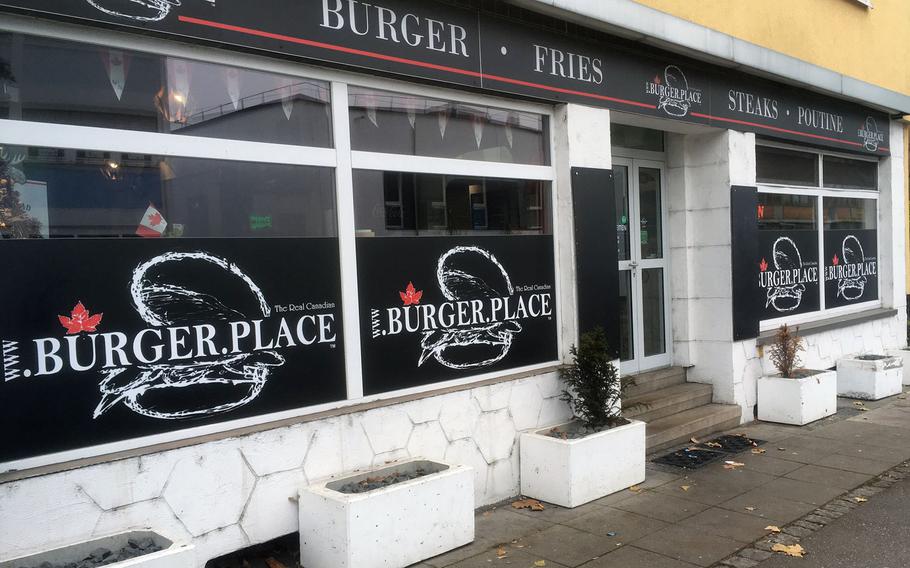 The Burger Place, in Stuttgart's Zuffenhausen section, is a Canadian themed eatery with a large burger menu. (John Vandiver/Stars and Stripes)

The french fry, which belongs with ketchup, gets defiled in so many ways.

The Dutch and Belgians dump on the mayo. The Finns like them topped with sliced sausage, pineapple and pickle. The list of offenders seems endless.

As for the Canadians, they like it served with cheese curds and covered in gravy. They call it poutine, a word that has about as much auditory appeal as poo. But I’ve heard people rave about our northern neighbor’s take on the humble fry. It took me living in Germany to finally give it a try.

In Stuttgart’s Zuffenhausen neighborhood, not far from Porsche’s headquarters, sits the simply named “Burger Place.” Canadian flags, hockey memorabilia and pictures from the north country fill the rustic eatery. The specialties are of course burgers and the aforementioned poutine.

On a recent lunchtime visit, I asked to try the Canadian staple, which originated in Quebec. While the restaurant offers poutine variations with numerous toppings, the owner, who lived in Canada for many years before returning to Stuttgart, suggested I try the classic version as a first timer.

What to say? Normally, I like my fries crispy, but these were mushy in the gravy. The cheese curds added a funk unfamiliar when eaten in combination with the fry.

Still, while being of the view that ketchup is the only appropriate french fries accompaniment, I couldn’t help but enjoy this hearty dish that broadened my skeptical fry horizons.

Another upshot: the restaurant also serves bottles from Stuttgart’s Cast brewery, which has been slowly making craft beer inroads in a city where tastes still tend toward established German classics.

Other things on the menu also looked enticing. Burger Place’s burgers are made in all kinds of ways. There’s a peanut butter and pickle burger, one with grilled pear, and a Canadian-inspired patty with maple syrup. Burger Place also makes Sloppy Joes.

But after my large size poutine (about $8), I was filled up and had to put the burgers off for another time.