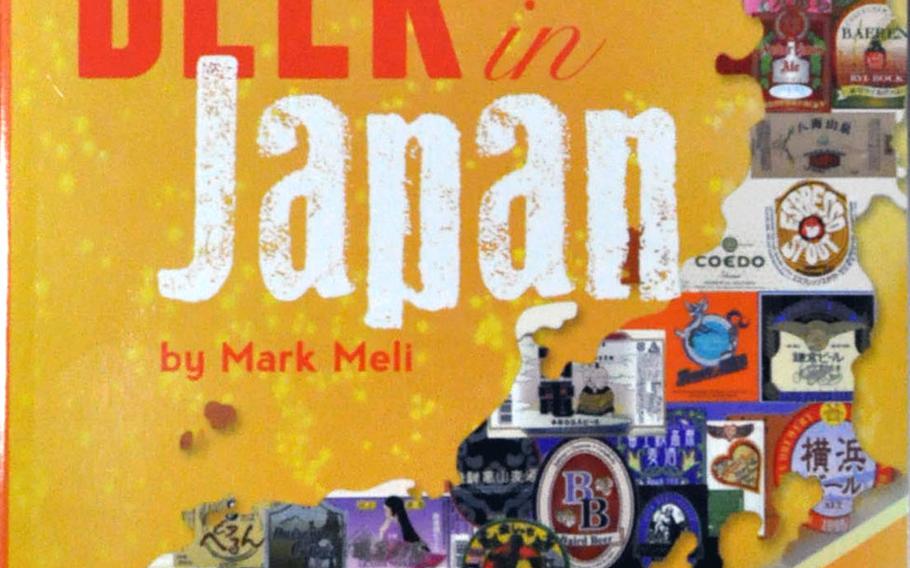 The cover of the book "Craft Beer in Japan." (Trevor Andersen/Stars and Stripes)

The cover of the book "Craft Beer in Japan." (Trevor Andersen/Stars and Stripes) Craftheads in Shibuya, one of the bars recommended in the book "Craft Beer in Japan," serves beer from all over the world. This is Darjeeling, a tea beer by Johana Brewing in Toyama, Japan. (Trevor Andersen/Stars and Stripes) 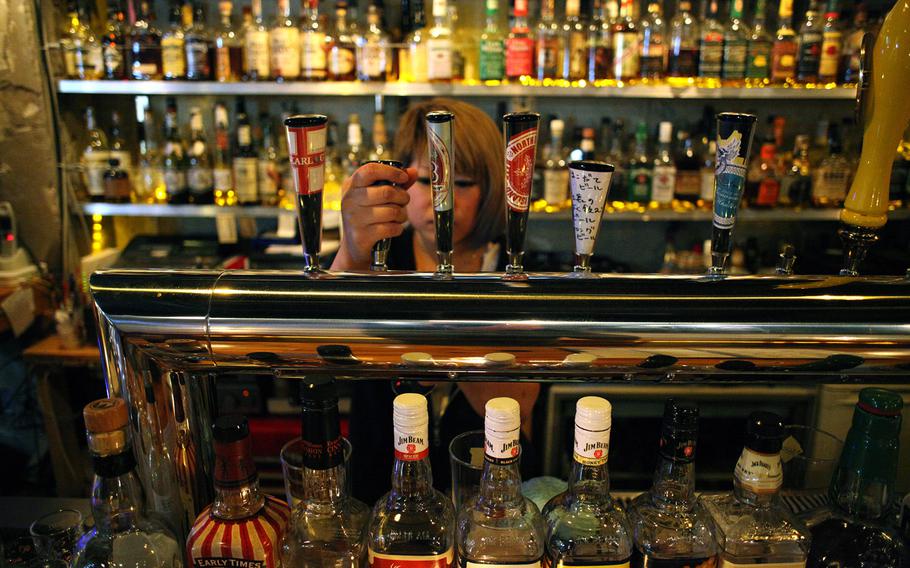 The bartender at Craftheads in Shibuya, one of the bars recommended in the book "Craft Beer in Japan," serves beer from all over the world. This is Darjeeling, a tea beer by Johana Brewing in Toyama, Japan. (Trevor Andersen/Stars and Stripes)

The fizzy lager that Americans, Japanese and most people outside of Europe long thought of as the catch-all definition of “beer” is a bit like insisting that plain chicken breast is the only suitable definition of “meat.”

Given nothing else, a person will develop a taste for the mild and innocuous. But there is so much variety of flavor, scent and even texture among beers that many people who grew up thinking they didn’t like beer (following an initial encounter with something like Natural Light) can probably find a beer they do like, if so inclined.

The book “Craft Beer in Japan” is reasonably good at explaining to the novice what they’re missing. Where it excels is in helping people who already know what they like about beer, but don’t know much about Japan’s food and drink culture.

Mark Meli summarizes and rates hundreds of beers from 104 breweries, and provides information on 115 more. It is easily the most comprehensive, independent English-language review of Japanese beer published to date.

“Like Japanese food, the beer here strives for balance,” Meli wrote. “It is close to the best of both worlds; European drinkability with a dash of American flair.”

Commercially marketed craft beer in Japan was practically illegal until 1994, when the government began granting licenses to low-volume brewers. The Japanese began with copies of German-style beers, slowly graduating to Belgian-style wheat beers, Bohemian-style pilsners and now, a variety of other makes. The aggressively hopped beer that has taken root in America is the fastest growing style in Japan, Meli notes.

The individual beer notes, rated from one through four stars, strike as refreshingly honest. He’s willing to praise a brewer like Tazawako Beer for making a world class German-style rauch (“it is simply fabulous,”) while pointing out that the same brewery’s weizen “finishes rather bitter.”

“Critical remarks are meant to point out flaws in the hope that these might be corrected,” Meli wrote. “More than anything, I hope to contribute to the flourishing of the beer scene here.”

Many of the highest-rated beers often seem to be either hoppy, American-style IPAs or porters; it’s hard to say whether this reflects Japan’s emerging expertise, or Meli’s tastes.

That said, everything from Zakkoku Kobu Blueberry Ale (three stars) to mass-produced Kirin Ichiban (two stars) gets a fair hearing, which is to Meli’s credit. It’s somewhat unusual among food and beverage writers to acknowledge that large-scale brewers occasionally turn out something remotely palatable.

“Craft Beer in Japan” ends with listings on 136 restaurants, bars and stores; the largest contingent comes from the Tokyo/Yokohama area, but the book includes several from Japan’s other major cities, and even its countryside. Among them are diners, cafes and even a fish-market-themed brewpub.

Craft beer is still a sliver of the overall beer market in a country dominated by Asahi, Kirin, Suntory and Sapporo. Nevertheless, the respect the Japanese culture has for quality food and drink has led to rapid growth in the market in the past few years. This book is a welcome reference for anyone looking for the best beer Japan has to offer.

“Craft Beer in Japan” is currently available through the Japan Beer Times for 2,500 yen, including shipping, and on Amazon.com for $12.20 in its Kindle version.