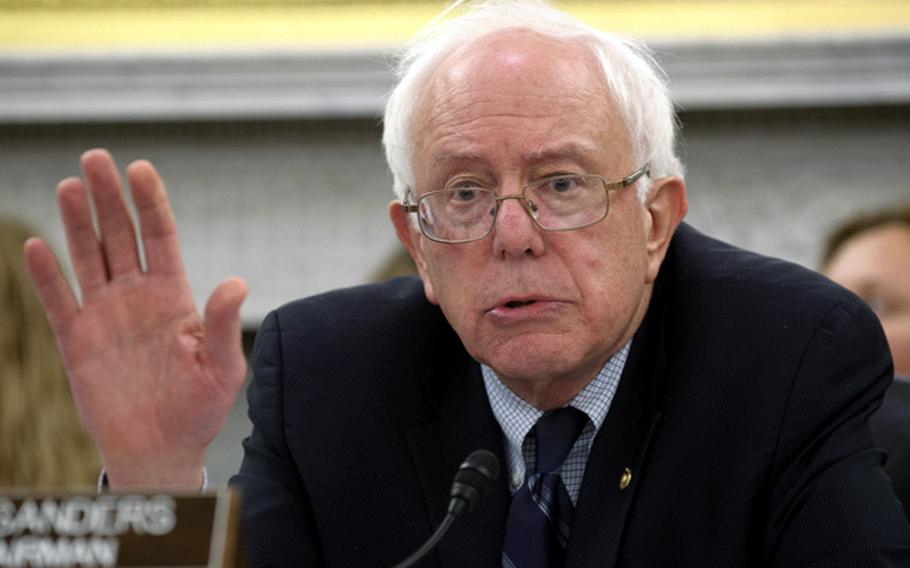 WASHINGTON -- Congress could go from passing no major veterans legislation this session to passing every idea at once.

In remarks Thursday, Sanders called the measure “the product of a year of bipartisan work” and maintains it “addresses virtually every single issue the veterans community has been concerned about.”

Even the bill’s title is lengthy: the Comprehensive Veterans Health and Benefit and Military Retirement Pay Restoration Act of 2014.

But its prospects for passage remain murky, largely due to the inclusion of a repeal of military retirement cost-of-living cuts passed in the recent budget deal.

The cut – a 1 percent reduction in the annual COLA adjustment for military retirees under 62 -- has rankled veterans advocates and drawn promises of repeal from both sides of the aisle.

But lawmakers have not come to any consensus on how to offset about $6 billion in savings from the cut. Sanders’ bill doesn’t spell out where the money would come from either. That’s expected to be clarified when the measure comes to the Senate floor for consideration.

Republicans in both chambers have resisted efforts to absorb more spending without equal savings. But they have also supported a number of provisions in Sanders’ massive veterans bill, meaning it still could move through both chambers in some form.

Veterans groups have offered support for most of the provisions in the bill, but were still going through the details Friday before offering a public endorsement.

New rules for VA reports on claims processing efforts, to increase transparency about the ongoing backlog problem. In-state tuition at any public university for all veterans using GI Bill benefits, regardless where they live. Improved treatment services for veterans who experienced military sexual trauma. An expansion of VA alternative medicine offerings and research, in response to concerns about overmedication of wounded veterans. A pilot project to expand dental care within the VA system. A two-year extension to the Veterans Training Assistance Program. An expansion of fertility services for service-injured veterans. The House and Senate return to work Jan. 27.