Best in Texas: List spotlights cities with jobs for veterans 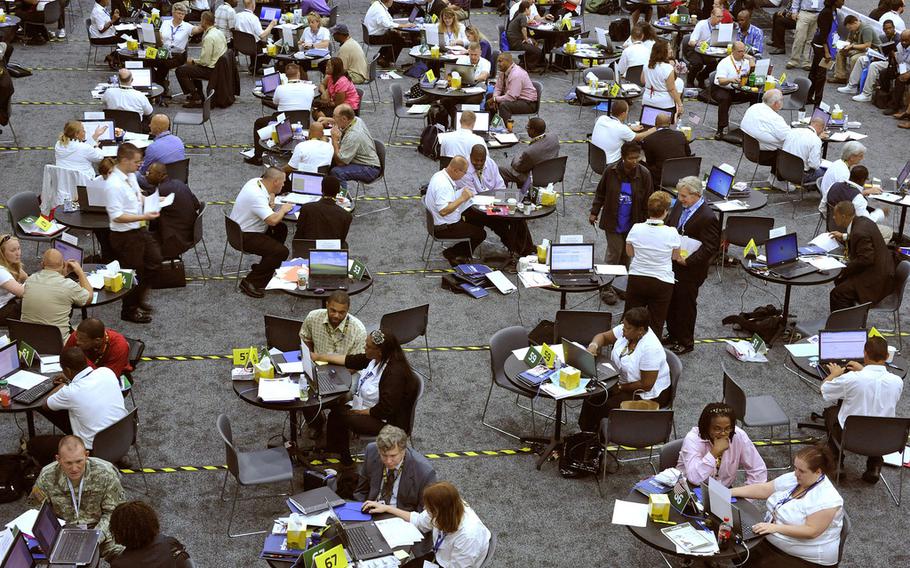 In a new report released Wednesday, employment experts from USAA and the U.S. Chamber of Commerce named Houston as their best metropolitan center for job-seeking veterans. In-state neighbors Dallas and Austin also placed in the top five.

The “Best Places for Veterans” list, in its fourth year, is designed not to spur mass relocation among vets but instead to start conversations about post-military careers and planning, according to Eric Engquist, executive director of military transitions at the United Services Automobile Association.

“What we’re really telling servicemembers is to do their homework before they leave the military,” he said. “You need to be well informed about the opportunities available, and think about where you’ll live along with what you want to do.”

Houston landed the top ranking in the report because of its low unemployment, high job creation numbers, reasonable cost-of-living and connections to industries that value military skills, like energy and transportation.

Eric Eversole, executive director of chamber’s Hiring Our Heroes initiative, said he has seen city and business leaders focus on the veterans hiring issues more in recent years, in an effort to find ways to bring young veterans back into the civilian community.

Overall veterans unemployment has remained below national rates for the last two years, but finding jobs for Iraq and Afghanistan war era veterans has been more problematic. Over the last year, that group’s unemployment rate has averaged about 9.3 percent.

“We’re seeing a lot more veterans hiring fairs, communities really stepping up to the plate and looking for ways to reach out to these guys,” Eversole said.

Florida, Alabama and Virginia also saw multiple metropolitan areas highlighted in the survey. California, which has the largest population of veterans of any state but also some of the highest cost-of-living expenses, was shut out of the rankings.