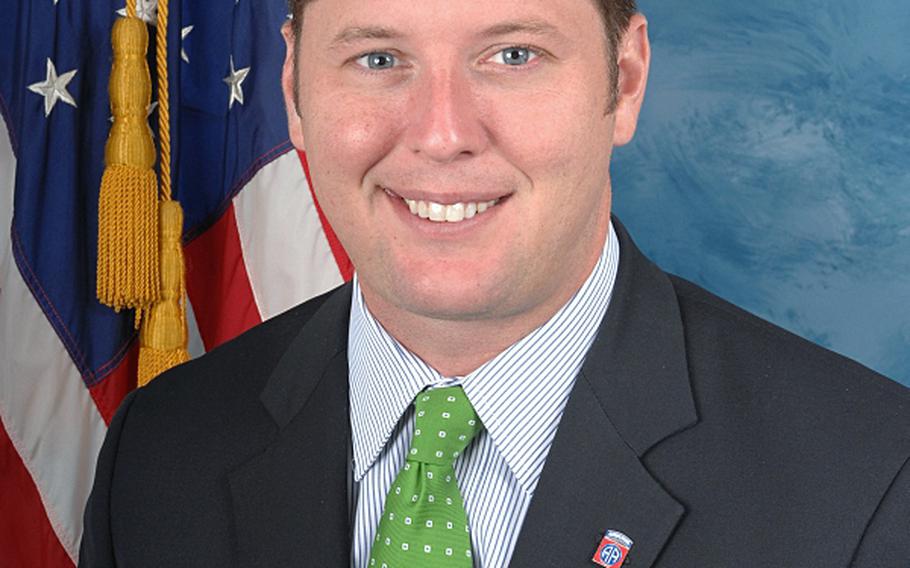 WASHINGTON — The first Iraq war veteran elected to Congress and architect of the “don’t ask, don’t tell” repeal law was nominated by the Obama administration Wednesday to become the next undersecretary of the Army.

Patrick Murphy, a Pennsylvania attorney and former paratrooper, championed national security as well as gay and transgender rights during his time as a House Democrat from 2007-11 and as a senior fellow at a progressive Washington think tank.

If confirmed, he would replace acting undersecretary Eric Fanning, who was appointed as the first openly gay Pentagon chief of staff in February and has been mentioned as possible candidate for the Army’s top civilian post.

The nomination is another sign of the rapidly changing military attitudes toward gender and sexuality. He could be an influential choice as the Army and other services during the next six months look at ways to integrate transgender troops.

Murphy began pushing in 2009 for the repeal of DADT, which barred gay troops from serving openly and led to the discharge of more than 13,000 during a 17-year period. Congress passed a repeal a year later, and President Barack Obama lifted the ban in 2011.

“As an Army officer, I saw how wrong it was that patriots serving our nation were forced to disobey the core military values of honesty and integrity in order to defend the very freedoms that make our country great,” Murphy wrote in a Stars and Stripes op-ed following the repeal.

It was a major victory for Murphy, who had entered Congress as a freshman in 2006 — the first in a new generation of lawmakers who have fought in the past decade’s wars.

During his time on Capitol Hill, he served on the House Armed Services Committee and was also an impassioned advocate for fellow servicemembers who were deployed to Iraq and not always provided needed equipment.

“Not to put the country’s complete resources behind getting armored vehicles for our troops,” Murphy told Stars and Stripes in 2010, “ ... should haunt members of Congress who had that responsibility.”

He served with the 82nd Airborne Division during his deployment to Iraq and received a Bronze Star, according to the White House.

He is a senior fellow at the Center for American Progress, which says on its website that he has focused on “enhancing our national security and supporting military families, making government more efficient for the American taxpayer, and leveling the playing field of gay and transgender Americans and their families.”