Buy Photo
This statue, a monument to nature, sits in Aukammtal park in Wiesbaden, Germany. The park is a short drive from the Army's Hainerberg area. (David Edge/Stars and Stripes)

Buy Photo
This statue, a monument to nature, sits in Aukammtal park in Wiesbaden, Germany. The park is a short drive from the Army's Hainerberg area. (David Edge/Stars and Stripes) 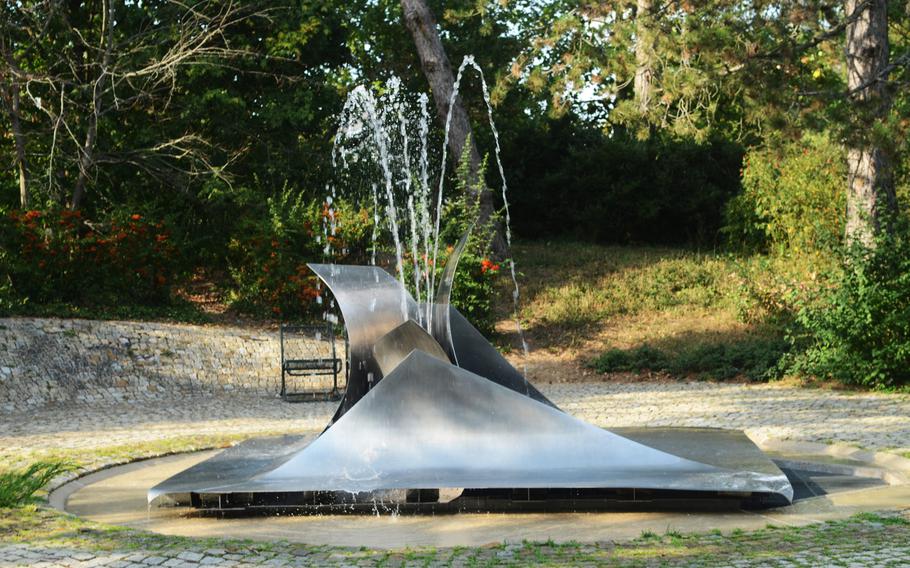 Buy Photo
A water fountain in Aukammtal park in Wiesbaden, Germany. The park, a short drive from U.S. Army Garrison Wiesbaden, is also next to the city's famed thermal baths, which reopened in June. (David Edge/Stars and Stripes) 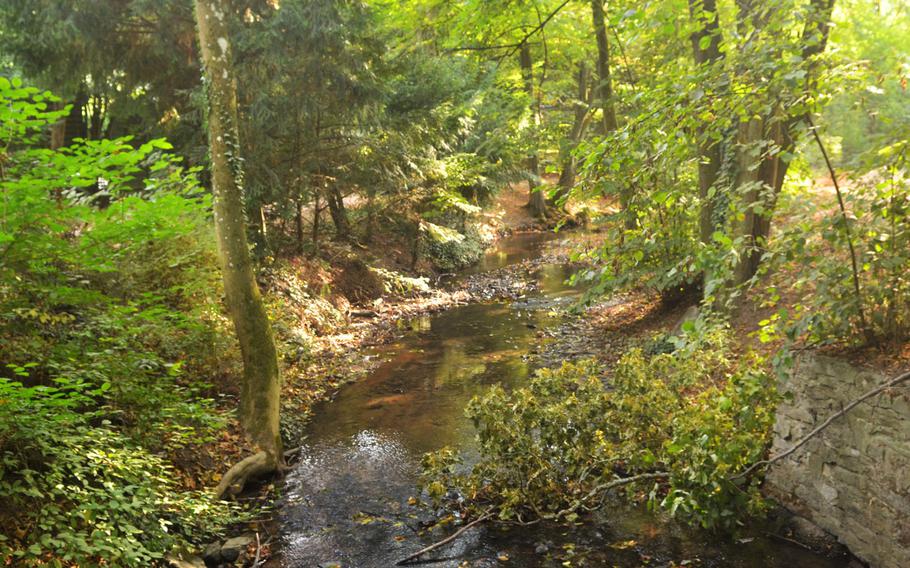 Buy Photo
A stream runs through Aukammtal park in Wiesbaden, Germany. The park also includes several play areas for children and a variety of vibrant flowers in late summer. (David Edge/Stars and Stripes) 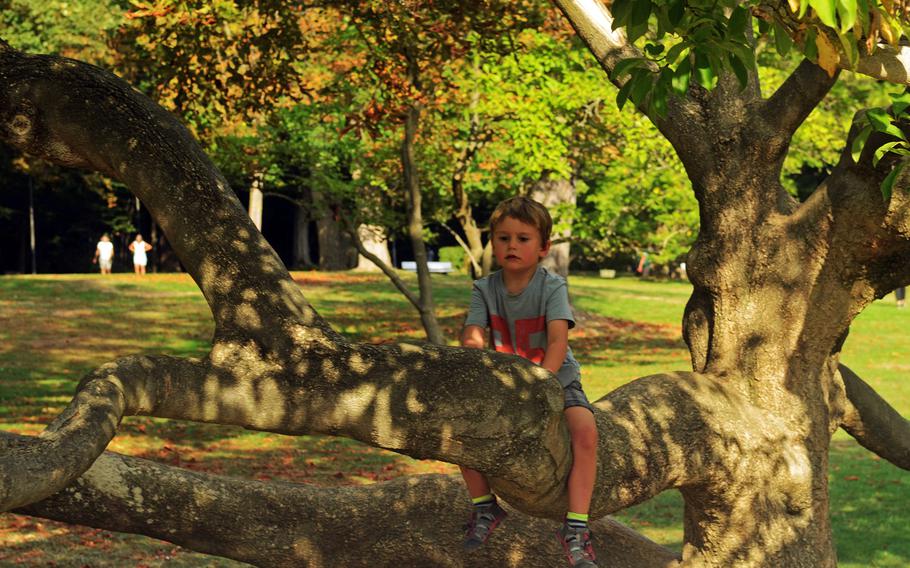 Buy Photo
A boy climbs a tree in Wiesbaden, Germany's Aukammtal park on Sept. 16, 2020. The park is not far from the Army's Hainerberg housing area. (David Edge/Stars and Stripes)

In the heart of Wiesbaden, there’s a green gem that offers hours of pleasure in the great outdoors for little or no cash.

Aukammtal park is less than a five-minute drive from the Army’s Hainerberg installation. It’s part of several interconnected parks and open spaces in Wiesbaden, including the Kurpark and the Apotheker Garten. The city describes them on its webpage as a “green lung” and “lovingly cared-for oases” in the middle of an urban area.

Unlike parks in some German cities, like Mannheim’s Luisenpark, entrance to the Aukammtal, and other green spaces in Wiesbaden, is free.

A paved running and cycling trail runs around the park, next to a small stream, which when I was there in September had ducks swimming in it and nesting on shore. Don’t get too close to them, though, because they’ll chase you.

Every once in a while, the trail goes past a stately home, while some of the thermal baths that gave the city its name are also nearby. The baths reopened in June, although the saunas remain closed due to coronavirus safety measures.

Wiesbaden means, roughly translated, “meadow baths,” and the city has been known for centuries for the curative properties of its hot springs. Once used as recreation pools for Roman army horses, the thermal springs were first mentioned in “Naturalis Historia,” an encyclopedic work by the ancient Roman writer and military commander Pliny the Elder.

There are several play areas for children in the parks, offering lots of room to run and enjoy themselves. In the evening, groups of locals often gather in the park to do yoga and other exercises.

And if all that walking or running or cycling makes you hungry, downtown Wiesbaden and its many shopping and dining options is just steps away.

From the Army’s Hainerberg area, take New York Strasse and make a right on to Moeltkering. Continue on a slight right to Fichentstrasse and take the first exit at the roundabout to Aukammallee.

FOOD: Best purchased in the city or brought from home for a picnic.

INFORMATION: Online: tinyurl.com/yyzcnhbm The website also has information on the thermal baths in English.