Asteria Bistro in Kaiserslautern answers ‘where to eat’ 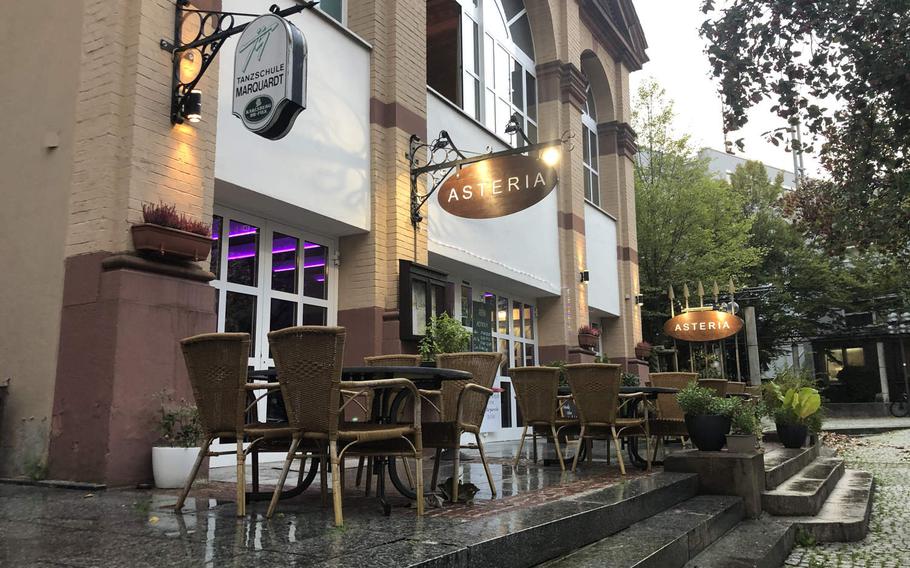 Buy Photo
Asteria on a rainy day in Kaiserslautern's old town, around the corner from the fountain in Sankt Martins Platz. (Brian Ferguson/Stars and Stripes)

Buy Photo
Asteria on a rainy day in Kaiserslautern's old town, around the corner from the fountain in Sankt Martins Platz. (Brian Ferguson/Stars and Stripes) 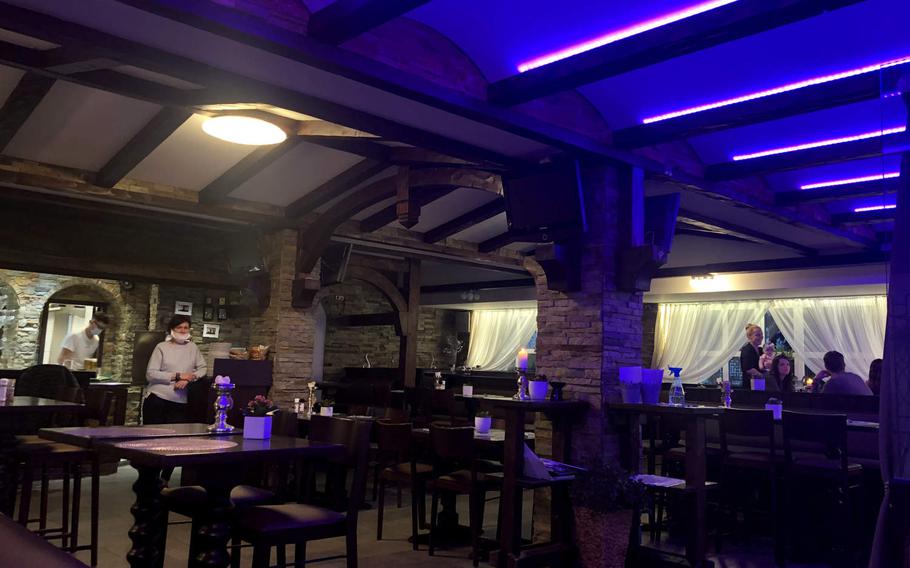 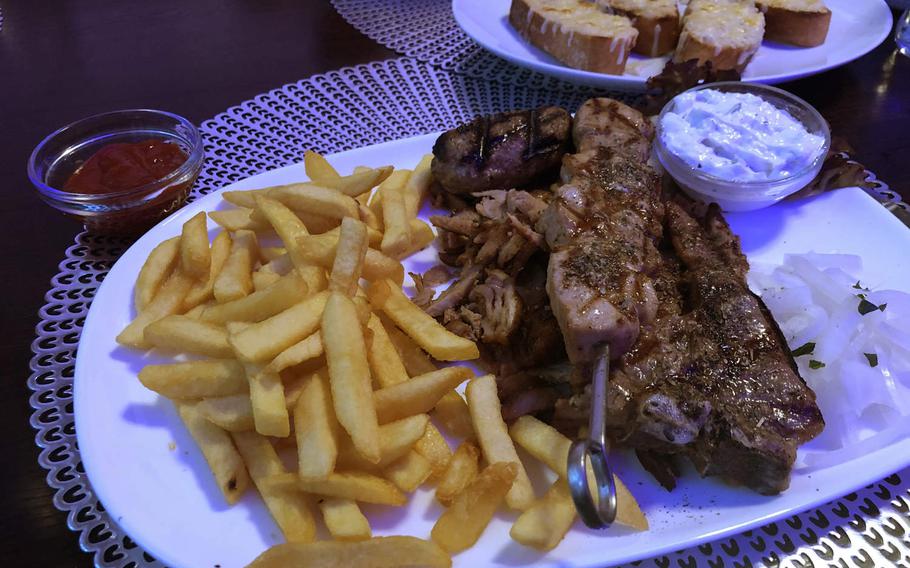 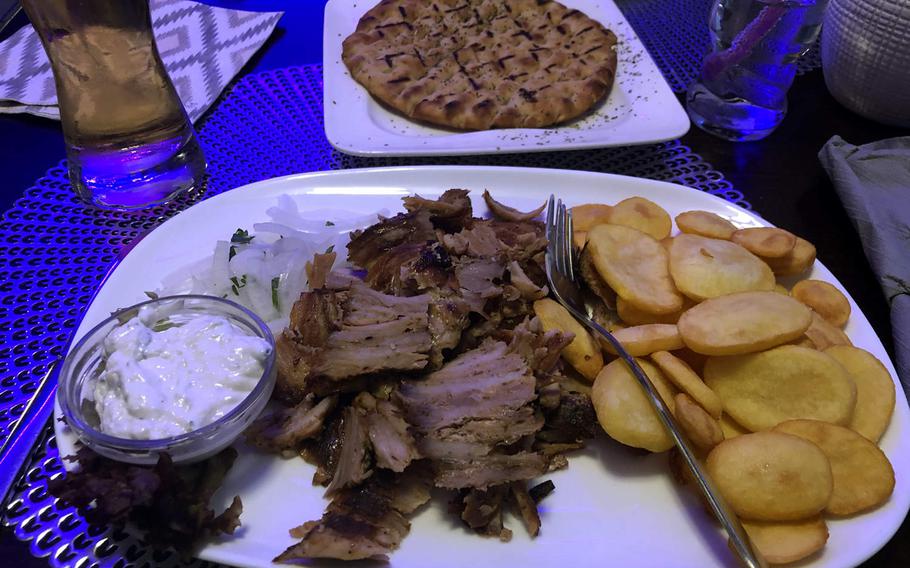 Buy Photo
The gyros at Asteria in Kaiserslautern, Germany, come with tzatziki, a side dish and a salad. (Brian Ferguson/Stars and Stripes) 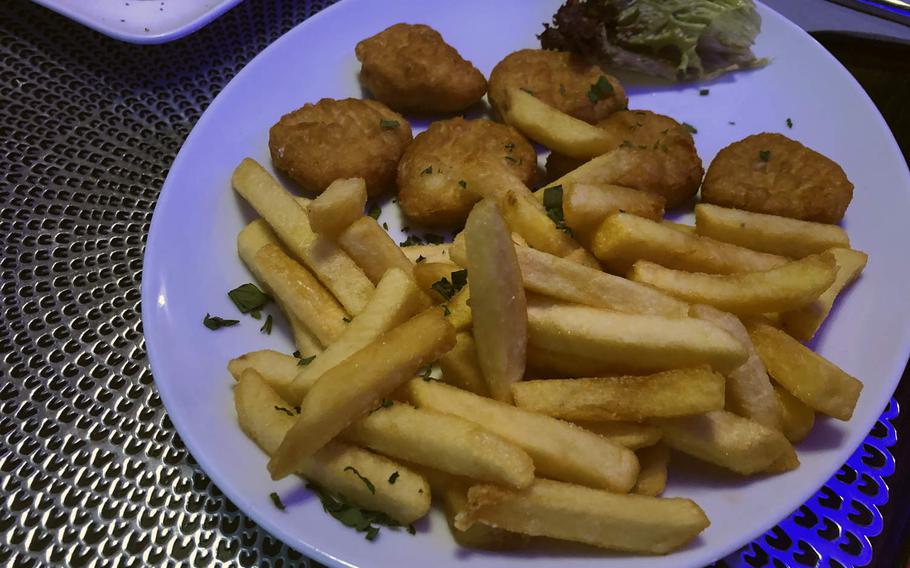 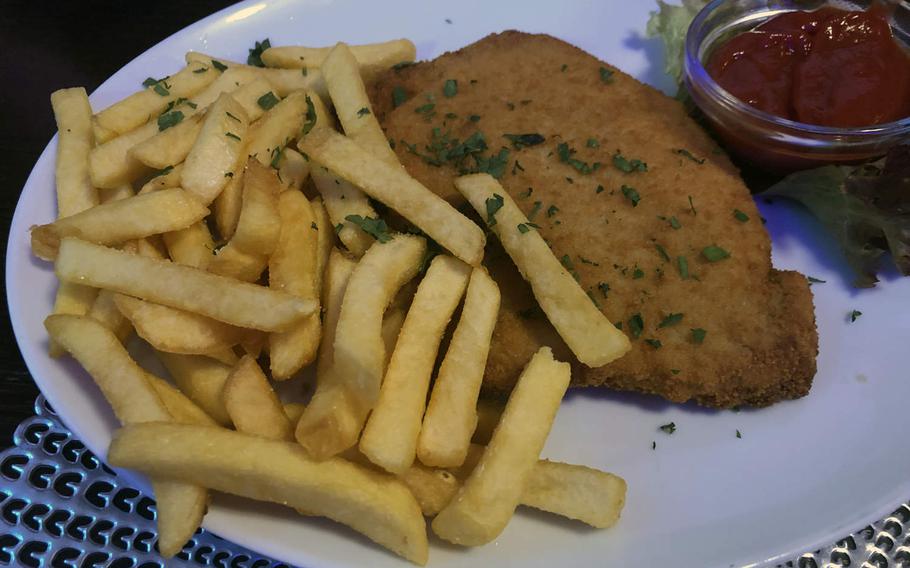 Buy Photo
The kids' schnitzel at Asteria in Kaiserslautern, Germany, is a large portion with a choice of a side dish. (Brian Ferguson/Stars and Stripes)

Where do you want to eat? It’s the question that has started countless family arguments and proved to me that when people say, “I don’t care,” they are lying.

There is, however, one type of food that never seems to come up when I have these “conversations,” and it’s not because I don’t like the food. I just always forget about Greek.

An old favorite among some of my co-workers was Mythos von Delphi, tucked away near Sankt Martins Platz in Kaiserslautern’s old town. It’s since been reborn as the Asteria Bistro and my kids, who dislike everything, loved it.

The location has always been a good one for sitting outdoors, but the Pfalz has already made its transition to the gray and drizzly season, so inside it was.

We were concerned at first since our kids had never had Greek food. Fortunately, Asteria was prepared with its kids menu of schnitzel and chicken nuggets. So while they still haven’t really had Greek food as a main dish, they’ve at least had a taste or two from my plate, which is progress.

I’m a big fan of tzatziki sauce, and Asteria does their rendition of the yogurt-based classic well. I ordered the Rhodos plate, one of several combination platters available. It included gyro meat and soutzoukaki, which are baked meatballs. But why stop there? It also came with lamb chops and souvlaki, tzatziki, a salad and a side — I went with fries, but my colleagues told me to go with the orzo noodles next time if they’ve got them.

My wife had the gyros, which came with sliced potatoes and a salad. We also ordered pita bread and garlic cheese bread for the table.

What surprised me about our dinner was the tenderness of the meat. The kids might even order it themselves next time.

Asteria wasn’t crowded on Wednesday night, although we did make a reservation, which is always advisable given the coronavirus limits on capacity everywhere.

The staff was friendly and attentive, and the prices were appropriate for the portions and quality. There is a full bar, and the most expensive thing on the menu was a little over 23 euros — a heaping plate of meat.