Army to deploy 3,000 on rotations in Middle East, Afghanistan 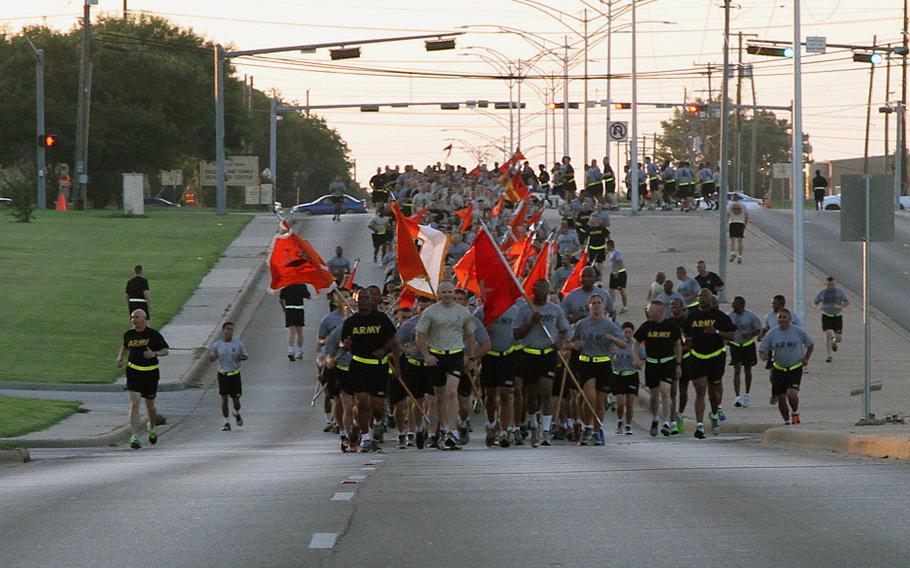 Soldiers start a 12-mile ruck march through the Fort Drum training area on July 17, 2015. The Army announced Wednesday, Aug. 5, 2015, that roughly 3,000 soldiers, many from Fort Drum, N.Y., will deploy to Iraq and Afghanistan in the coming months. (Michael K. Selvage/U.S. Army)

WASHINGTON — Almost 3,000 U.S. soldiers will deploy later this year to serve rotations in the Middle East and Afghanistan, the Army said Wednesday.

About 450 soldiers from the III Corps headquarters from Fort Hood, Texas, will deploy to Kuwait in September for a year as part of Combined Joint Task Force-Operation Inherent Resolve, the multinational campaign against Islamic State forces.

“III Corps has a proud history of answering the nation’s call when it has come,” Lt. Gen. Sean MacFarland, commanding general of III Corps and Fort Hood, said in a prepared statement released Wednesday. “We are trained and ready to perform our mission.” The Army has also tapped more than 2,500 soldiers to deploy from the 10th Mountain Division.

About 1,250 of the division’s 1st Brigade Combat Team soldiers from Fort Drum, New York, will deploy to Iraq to serve in an advisory role to the Iraqi Security Forces under the Operation Inherent Resolve umbrella. That rotation is expected to last about nine months.

The remainder will be deployed to Afghanistan. About 300 of the division’s headquarters soldiers will deploy to Bagram Airfield later this year, where they will replace the Army’s 3rd Infantry Division Headquarters. They’ll be joined by 1,000 soldiers from the 10th Mountain’s 3rd Brigade Combat Team from Fort Polk, Louisiana, who are expected to serve nine months in support of Operation Freedom Sentinel.

“We continuously train in preparation for contingencies around the globe, which is why I am confident that our soldiers are equipped, trained and ready to assume the missions announced today,” 10th Mountain Division commander Maj. Gen. Jeffrey Bannister said in a statement released Wednesday.