Army nixes the beret for ACUs, offers alternative to Velcro 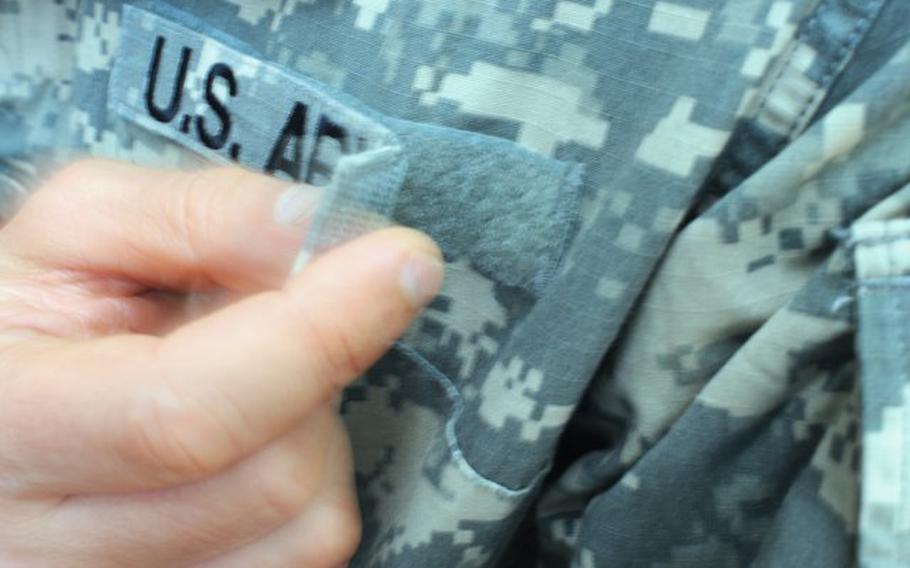 Recently announced changes to the Army Combat Uniform involve allowing Soldiers to sew on certain items to their uniform in lieu of using the provided Velcro. (Photo illustration courtesy of the U.S. Army)

The soft patrol cap will replace the black beret, at least for wear with the Army combat uniform, the Army announced Saturday.

Soldiers will continue to wear the black beret with their service uniforms.

Additionally, soldiers will be allowed to sew some of their insignia directly to the uniform, including name tapes, the service tape that reads &ldquo;U.S. Army,&rdquo; their rank insignia and certain skill badges like Airborne and combat infantry badges.

Since the introduction of the ACU in 2005, soldiers have only been allowed to attach these badges to their uniforms with Velcro.

However, the change doesn&rsquo;t apply to all add-on uniform items. Combat and unit patches and the U.S. flag patch remain Velcro-only, the Army said.

The top two gripes were the black beret and Velcro.

&ldquo;The crowd roared and cheered&rdquo; when Chandler announced the change Saturday night at the Army Birthday Ball in Maryland, said Capt. Ryan Renken, who was there. &ldquo;It was like we won the playoff game at the bottom of the ninth, three men on, two outs, full count, and we needed a grand slam to win.&rdquo;

The Army adopted the black beret as the headgear for almost all garrison uniforms in 2000. Local commanders can still order the beret be worn with ACUs at their discretion, for example at special occasions such as a change of command ceremony, the Army said.

Separately, the Army announced that soldiers assigned to the Pentagon, who currently wear ACUs to work, will switch to the Army service uniform in October.