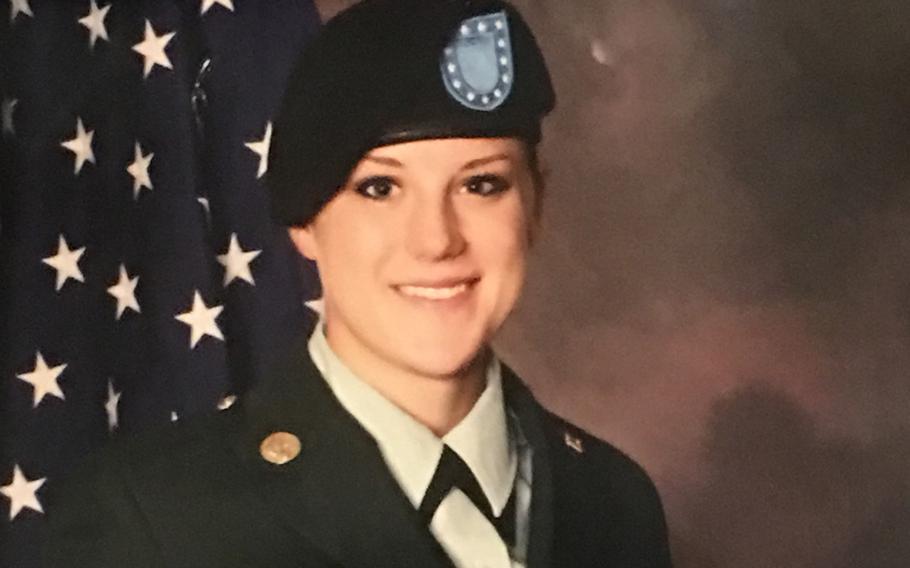 The Pentagon has identified a soldier who died in a noncombat incident Monday in Iraq while supporting Operation Inherent Resolve, the U.S.-led anti-Islamic State campaign.

In a statement Tuesday, the military said Sgt. Christina Marie Schoenecker, 26, of Arlington, Kan., died in Baghdad. The circumstances of her death are under investigation, which is standard for fatal events.

"We express our deepest sympathies to the family and friends of Sgt. Christina Marie Schoenecker,” said Frankie Murphy, executive officer for the 451st Expeditionary Sustainment Command, higher headquarters of Shoenecker’s assigned brigade, in a statement. “Our thoughts and prayers are with them as they mourn the loss of a loved one. We’ve lost a valuable member of our team and she will be sorely missed."

The unit’s deployment to Iraq, which began last June, was Schoenecker’s first.

On a Facebook profile photo she posted in April, Schoenecker exchanged comments about the upcoming deployment with friends, telling them she planned to print out many family photos to take with her overseas.

Her death is the international alliance’s third fatality this year, after servicemembers died in two separate noncombat incidents last month — an American soldier Jan. 8 and a Scottish soldier Jan. 31.