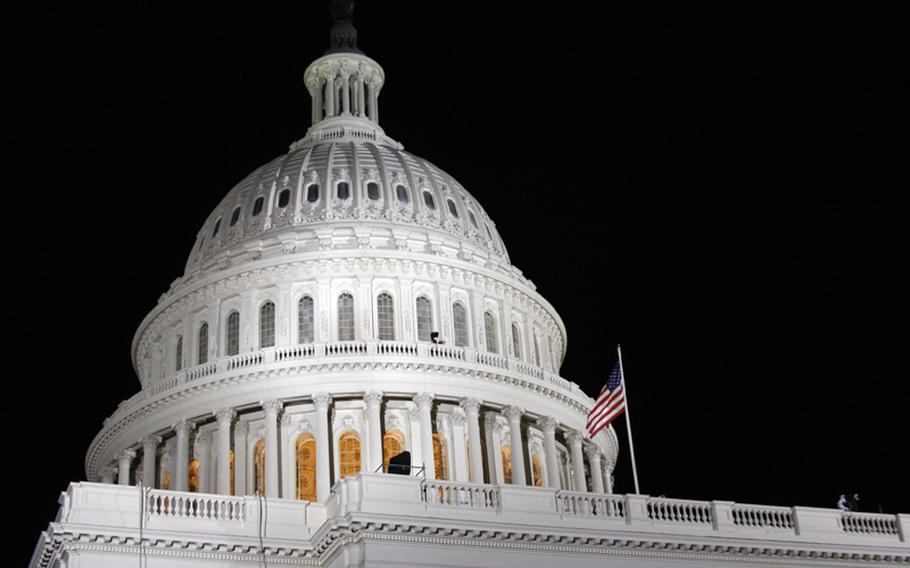 WASHINGTON – The day after President Barack Obama proposed a short-term budget plan to avert sequestration’s devastating cuts before the March 1 deadline, top Republicans on the House and Senate Armed Services committees unveiled their own proposal based on a 10 percent reduction in the federal workforce through attrition.

The plan would reduce federal civilian employees, including those in the Defense Department, by 10 percent over 10 years. For every three people who leave the agency, one can be hired, taking the Pentagon back to 2009 staffing levels.

The proposed savings of $85 billion would replace the amount that would have been cut by the fiscal 2013 sequester, including $46 billion from the Pentagon budget.

McKeon called Obama’s recent plan to avert sequestration, which called for about half of the deficit savings to be raised through additional tax revenue and half through defense and non-defense cuts “irresponsible and unacceptable.”

“It leaves our troops and our economy unready to face the challenges of the future threats of today,” McKeon said, adding that it would cut into the vital resources, training and leadership that troops needed.

The president “should be looking out for soldiers, sailors, airmen and Marines that he sends into harm’s way,” he said. “He should not be sending them with anything less than the total that they need.”

The committees’ proposal “will give us some breathing room on the sequestration,” McKeon said. “It gives us time to think about it, and pays for it. … It’s as painless as possible to protect our troops.”

Unlike sequestration, the proposal’s hiring limitation would occur at the agency level, rather than as an across-the-board reduction within agencies, giving the Defense Department the freedom to protect its military readiness, Ayotte said. It could also be waived in the event of a national security threat or extraordinary emergency.

Graham called out Obama for not living up to his pledge during the presidential debates that sequestration “will not happen.” The $1.2 trillion in automatic cuts over 10 years will wreak havoc on all federal agencies, but it falls too hard and disproportionately on the Defense Department, he said.

Even though defense represents about 18 percent of the federal budget, nearly half of the spending cuts called for under the 2011 Budget Control Act, which created the mechanism of sequestration, will be shouldered by the military, he said.

Top military leadership have warned that the Defense Department has “gone past cutting the fat,” McKeon said.

“We are now into cutting the bone,” he said. “And where they are going to have to cut will reduce the ability to train and equip these people properly -- and that’s going to start costing lives.”