Arcimboldo worth the short trip to scenic Sirmione 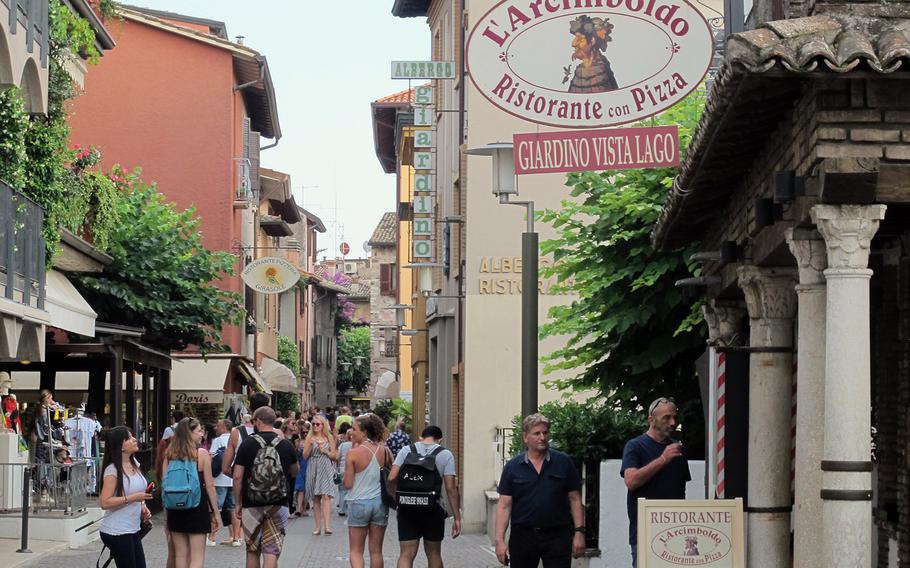 Buy Photo
Arcimboldo, an elegant but casual restaurant in the center of the old town of Sirmione, Italy, is reached from the street through an arcade of shops selling souvenirs, shoes and inexpensive jewelry to tourists. (Nancy Montgomery/Stars and Stripes)

Buy Photo
Arcimboldo, an elegant but casual restaurant in the center of the old town of Sirmione, Italy, is reached from the street through an arcade of shops selling souvenirs, shoes and inexpensive jewelry to tourists. (Nancy Montgomery/Stars and Stripes) 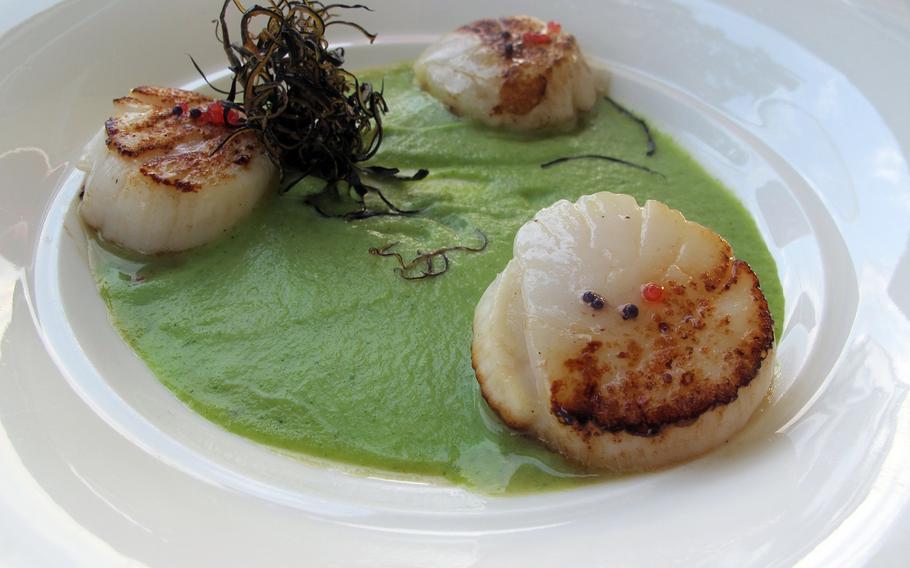 Buy Photo
Scallops on a broccoli puree with lumpfish roe are one of several appealing appetizers offered by Arcimboldo in Sirmione, Italy, serves. (Nancy Montgomery/Stars and Stripes) 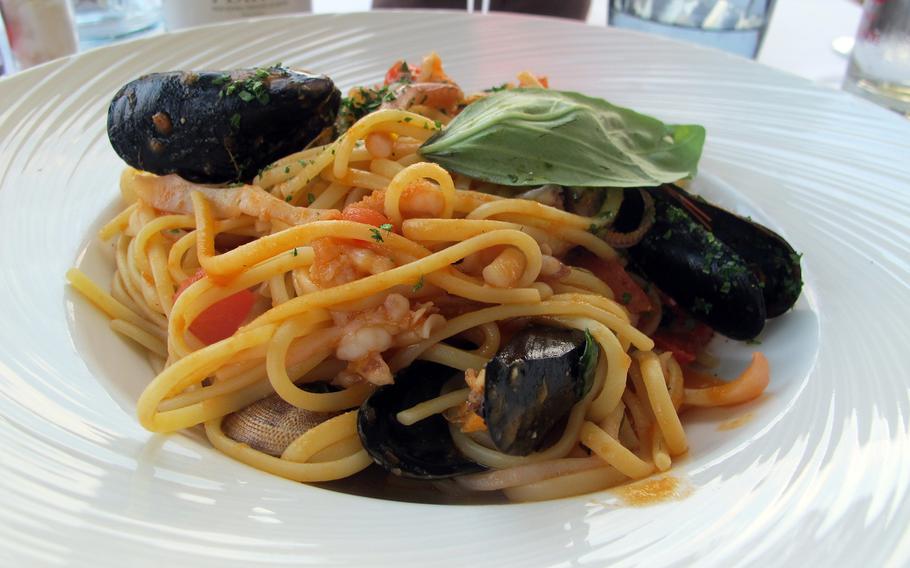 Buy Photo
Linguine with seafood, a staple of Mediterranean cooking and served at most restaurants in Sirmione, Italy, is especially good at Arcimboldo. (Nancy Montgomery/Stars and Stripes) 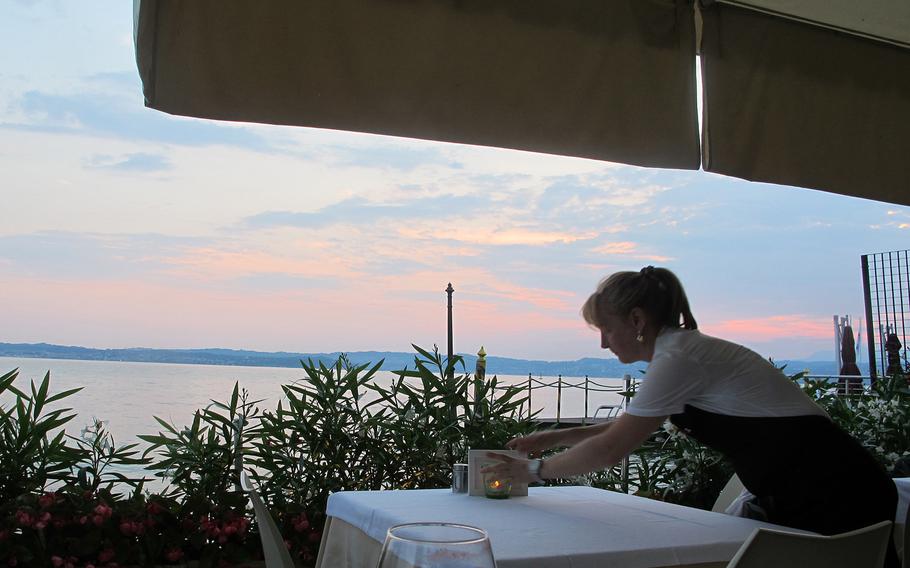 Buy Photo
The restaurant Arcimboldo in Sirmione, Italy, has seating on a terrace on the shore of Lake Garda, where diners can watch ferry boats glide by in the sunset. Service is friendly and efficient. (Nancy Montgomery/Stars and Stripes) 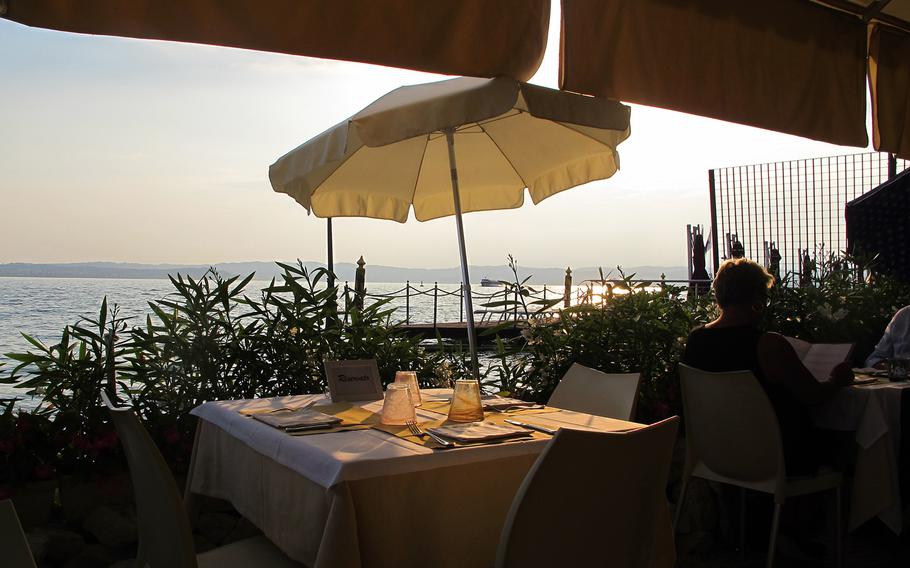 Buy Photo
Arcimboldo is one of several lakeside restaurants in in Sirmione, Italy, and one of the loveliest in a town where it's tough to get a bad meal. (Nancy Montgomery/Stars and Stripes) 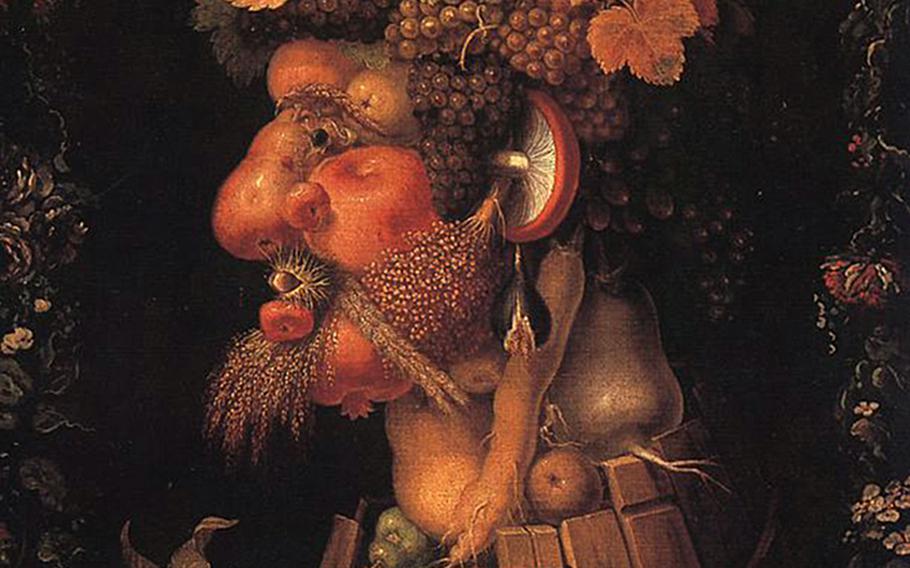 The restaurant Arcimboldo in the center of Sirmione, Italy, takes its name from Italian Renaissance artist Giuseppe Archimboldo. His fanciful paintings of heads, often of royalty, used fruits, vegetables, fish and other material. This is his work ''Autumn.'' (Courtesy Musee du Louvre)

Some people scoff at vacationing at Sirmione on Lake Garda. It’s so close to Vicenza, they say. Just a 45-minute drive; so unadventurous.

Fine. They can have their ice-camping in Finland.

But if you want to swim, sun, read and walk your dog through olive groves, shaded lanes, Roman ruins, a medieval castle and masses of hydrangea and bougainvillea, Sirmione is a convenient paradise. And because it’s so close, it’s also doable for a weekend or even just dinner.

But my favorite is Arcimboldo, a restaurant named for some reason after Renaissance painter Giuseppe Arcimboldo, best known for his trippy portrait heads composed of fruits, flowers, vegetables, fish and books. It’s hidden away in the central old town through an alley of souvenir shops.

The restaurant’s vista opens out toward the water. The best tables are on a terrace right on the lake, where you can watch the sun set as you sip a postprandial limoncello. But its other seating areas are also elegant and inviting.

The service is efficient in its teamwork, yet warm and friendly. I’ve never seen three plates of schnitzel arrive so quickly as they did one evening for some Germans sitting next to me. Servers also brought my dog a bowl of water without being asked. That was the one thing that was free.

The menu is large, with schnitzel, lasagna, numerous pastas, many pizzas, many salads, several fish dishes and steak with bearnaise sauce.

But despite the implausible variety, there’s a polish to the dishes, which are all beautifully plated. The linguine with seafood, tomato sauce and chili pepper is the best of many I’ve had in Sirmione over the years, though it is more expensive than at most restaurants — 17.50 euros (about $20).

And the house white wine is delicious.

Address: Vittorio Emanuele, 71, Sirmione, ItalyHours: Noon to 2:30 p.m. and 7 p.m. to 10:30 p.m. Sundays and Wednesdays-Saturdays. Usually closed Tuesdays; occasionally closed on other days. It’s advisable to phone ahead. Closes for the season from Jan. 7 to Easter.Phone: (+39)030 916-409Prices: Moderate to expensive. Appetizers and pastas are 9-17.50 euros ($10-$20). Fish and meat dishes are 13-27 euros. Cover charge is 3 euros.Menus: In Italian, English and GermanReservations: Recommended, especially on weekendsAttire: Casual or dressyWebsite:ristorantearcimboldo.com