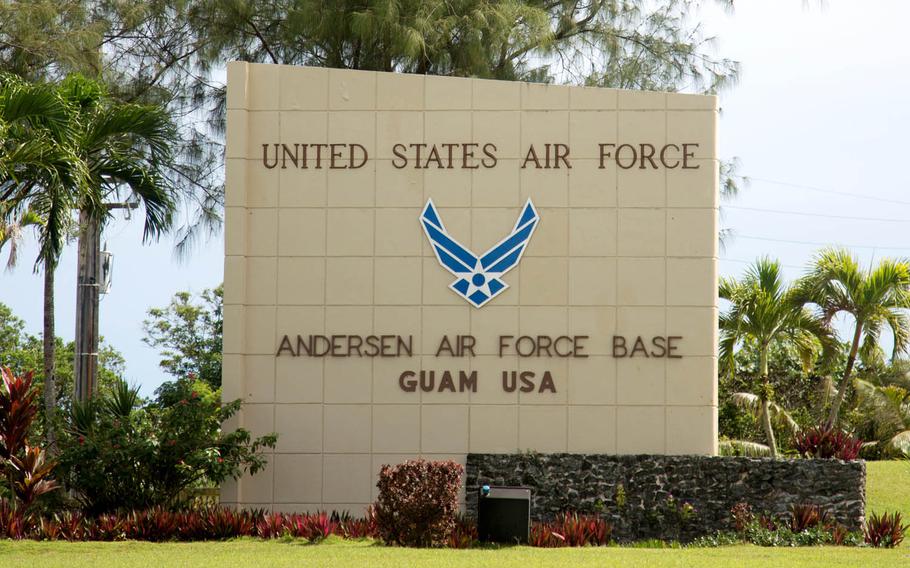 The Air Force said an airman assigned to Andersen Air Force Base, Guam, was killed in a motorcycle accident on Friday, Sept. 8, 2017. (Marcus Fichtl/Stars and Stripes)

An airman was killed early Friday in a motorcycle accident on Guam.

The crash happened about 2:30 a.m. when a 2008 Kawasaki ZX-6R motorcycle traveling southbound near Outrigger Guam Resort ran off the road and struck a fire hydrant, a Guam Police Department spokesman told the Guam Daily Post newspaper.

The cause of the accident is under investigation, the Air Force statement said.

“It is the worst kind of tragedy when we lose a member of our Air Force family,” Brig. Gen. Douglas Cox, 36th Wing commander, said in the statement. “Our thoughts and prayers will remain with the families during this process. We ask that the privacy of the families are respected as we grieve. Our top priority is ensuring the welfare of the families and friends affected by this tragedy.”

Coplin is survived by his wife, Delora Coplin, and son, David Coplin Jr., the statement added.