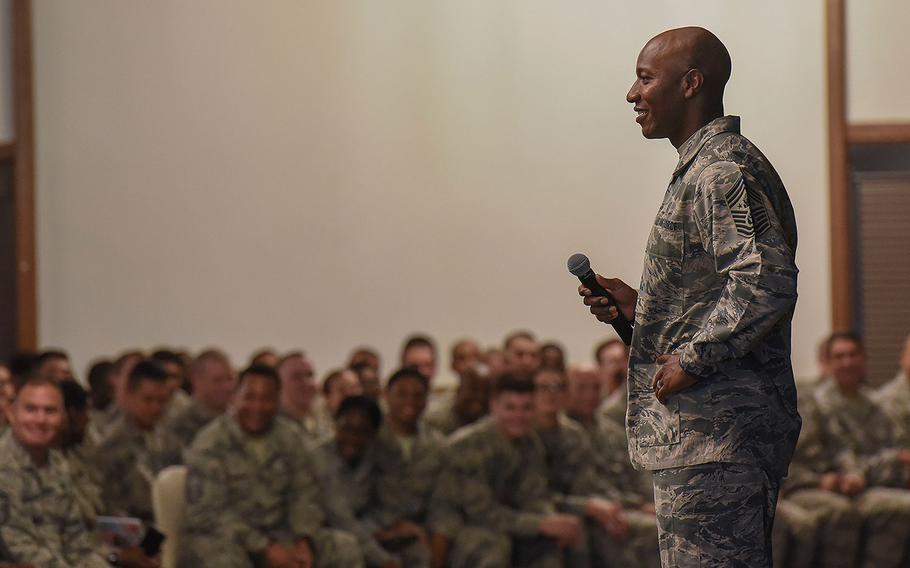 The Air Force is considering an extension on the amount of time staff sergeants can serve in their rank before being forced to retire, the service’s top enlisted leader said.

Chief Master Sgt. Kaleth O. Wright said the service is examining the merits of allowing staff sergeants to extend their time from 15 to 20 years during a recent town hall meeting at Spangdahlem Air Base.

During the Friday town hall meeting, Wright said extending the amount of time airmen can serve in grade could help with retention and that the idea could eventually be expanded to include technical sergeants, which would allow them to serve up to 22 years instead of 20.

Wright said an area of concern was that extensions could create a potential promotional logjam. But Wright said he thought the effects on promotions would be minimal.