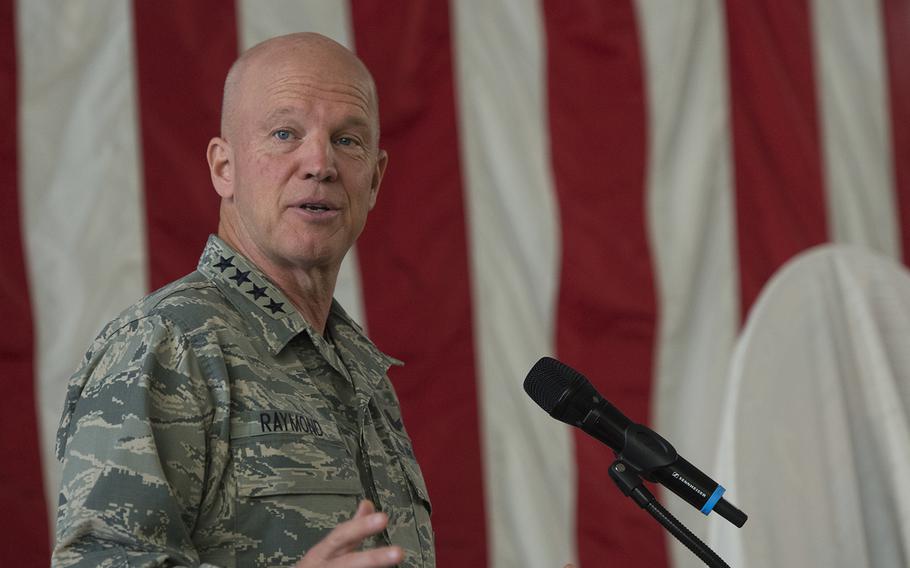 Raymond leads the Air Force’s Space Command, based at Peterson Air Force Base in Colorado, and is the Pentagon’s top official with a focus only on space. He will continue to lead Air Force Space Command while taking on this new role.

The Senate must first confirm his nomination.

The U.S. Space Command is a step forward in national security efforts in the space domain, but different than the president’s call to build a new military branch called Space Force. It will focus on conducting all joint space warfighting operations and ensure the combat readiness of global forces. Space Force will eventually consolidate existing military and civilian personnel involved in military space activities under its own operations.

The Pentagon is expected to stand up U.S. Space Command this year, Air Force magazine reported. Currently, these functions take place as a component within U.S. Strategic Command, where Raymond oversees them. His nomination is taking much of what he already does and moving it into its own combatant command.

About 620 military and civilian staffers will operate U.S. Space Command, including about 590 workers who are expected to transfer from the National Space Defense Center, Joint Force Space Component Command, Joint Navigation Warfare Center, and other groups, according to the DOD comptroller’s budget overview, Air Force magazine reported. Once it’s running, those organizations will report to the new command instead of U.S. Strategic Command.

In his current role, Raymond leads about 30,000 personnel across the globe to organize, train, equip and maintain mission-ready space forces and capabilities for North American Aerospace Defense Command, U.S. Strategic Command and other combatant commands around the world, according to his official Air Force biography.

He commissioned through Clemson University’s ROTC program in 1984 and has moved through a series of space-related leadership roles. He has commanded the 5th Space Surveillance Squadron with the Royal Air Force Feltwell, England, the 30th Operations Group at Vandenberg Air Force Base, Calif., the 21st Space Wing at Peterson, and the 14th Air Force, part of Strategic Command’s Joint Functional Component Command for Space.

Raymond deployed to Southwest Asia as director of Space Forces in support of operations Enduring Freedom and Iraqi Freedom.

The president’s vision for a Space Force continues to be a policy goal of the Trump administration, though it will require legislation. It is unclear how much support lawmakers have for the proposal that Trump has touted since last summer when he called for a “separate but equal” military branch focused on space.

The arrangement outlined in Trump’s directive would be similar to the Marine Corps’ relationship to the Navy, meaning the service would have its own top general — the Space Force chief of staff — who would sit on the Joint Chiefs of Staff, while the service would fall under the portfolio of the Air Force secretary.