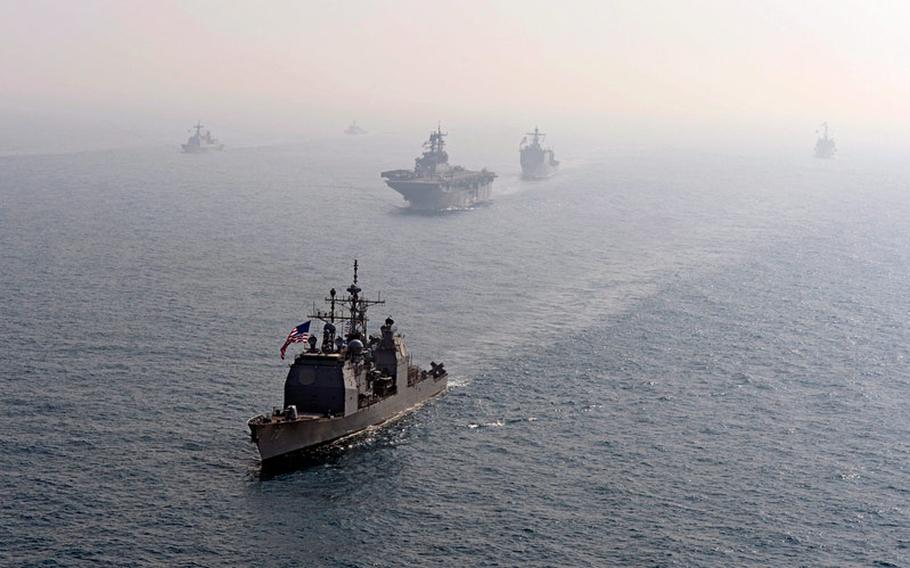 WASHINGTON — More than 20 nations that operate in the Western Pacific have agreed to guidelines for unplanned maritime encounters that might prevent incidents like one last year in which a Chinese Navy ship nearly collided with a U.S. guided missile cruiser.

The Code for Unplanned Encounters at Sea was approved Tuesday at a meeting of the Western Pacific Naval Symposium in Qingdao, China, by naval chiefs from countries including the United States, China, Japan, Russia, Australia, Vietnam and the Philippines.

A territorial dispute between China and Japan over the uninhabited Senkaku Islands has at times threatened to escalate, and China has separate disputes with other neighbors that have inflamed tensions in the region. In December, a Chinese warship cut in front of the USS Cowpens with only 100 yards to spare, U.S. officials say, forcing the ship to make sharp maneuvers to avoid collision.

The measure has been in development since 1999, Warren said. The agreement is not legally binding, the Navy said.