After Hours: Nick's, near Iruma Air Base, Japan Buy Photo
Nick's restaurant, established in 1960 when the U.S. operated Johnson Air Base, still sits across the street from the military station, which is now Iruma Air Base. (Toshio Suzuki/Stars and Stripes)

Buy Photo
Nick's restaurant, established in 1960 when the U.S. operated Johnson Air Base, still sits across the street from the military station, which is now Iruma Air Base. (Toshio Suzuki/Stars and Stripes) 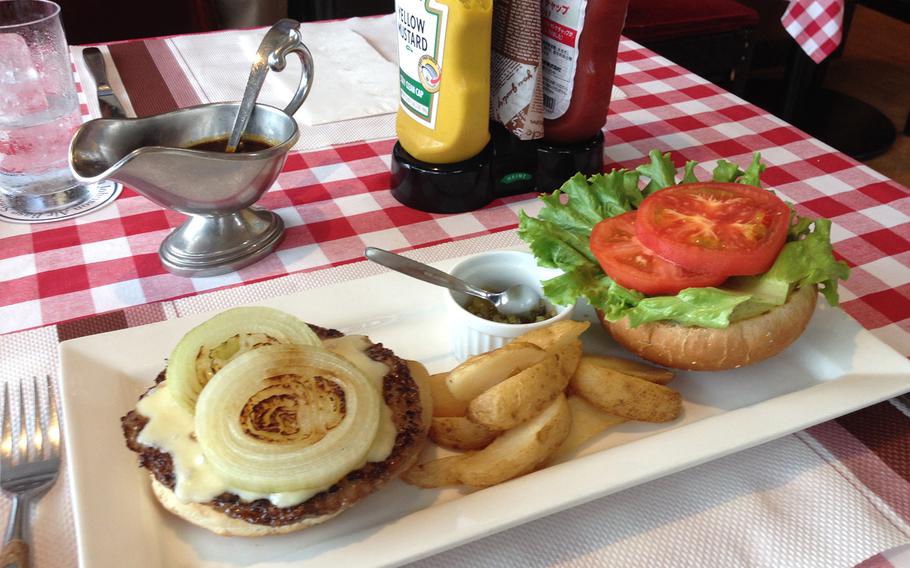 Buy Photo
Nick's restaurant has been outside the air base in Saitama, Japan, since 1960. The Johnson Cheeseburger, named after the American air base, costs about $11 in 2013. (Toshio Suzuki/Stars and Stripes) Buy Photo
Hamburgers at Nick's also come sizzling on a platter, like this dish, called the Japanese Hamburger Steak. The 150-gram version costs about $11. (Toshio Suzuki/Stars and Stripes) 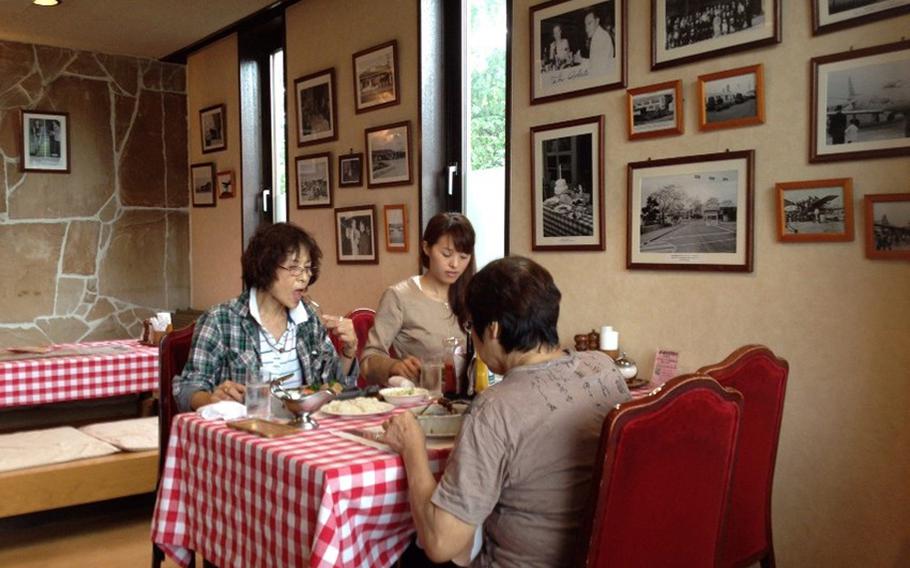 Buy Photo
Diners eat at Nick's, an American burger and steak joint outside what is now Iruma Air Base for the Japan Air Self-Defense Force, on Oct. 10. (Toshio Suzuki/Stars and Stripes)

“From Johnson Air Base Since 1960,” reads the sign for Nick’s, the American-style hamburger and steak joint one Little League baseball throw from what is now the Japan Air Self-Defense Force’s Iruma Air Base.

That message explains both the long-term business platform for the restaurant’s founder, Kazuo Arai, and its ambience: proximity and nostalgia.

While the burgers are good, nobody living in Tokyo these days need travel to Saitama for some Japanese beef. But if you’re visiting Iruma Air Base for an air show or interested in what the area looked like when it was an active U.S. base for military families on accompanied tours, Nick’s is a must-stop.

When they enter, visitors are eagerly greeted by the Japanese wait staff and can’t help but notice the tables are covered with red-and-white checkered tablecloths, and the walls lined with historical images from the days of Johnson Air Base.

Thus begins the two-sided experience of eating cheeseburgers in a restaurant that is an homage to classic Americana of the 1950s and ’60s while physically on the island of Japan.

The burgers are American-sized, but the portions on the menu are in grams (150 or 200).

They come on a bun with all the fancy fixings available or on a hot plate and presented as a meatloaf with its own demi-glace saucer and ladle.

Diners can sit on a chair or on a tatami mat.

On a recent visit, the wait staff spoke Japanese but American crooners sang on the restaurant sound system.

When Arai opened the restaurant in 1960, there was already a community of U.S. military retirees to serve. It was that group that gave him the call sign “Nick,” according to the restaurant’s website.

At that time on Johnson Air Base, the U.S. military was withdrawing from the base, giving more control to Japan and moving operations to nearby Yokota Air Base.

Now, more than 50 years later, the Americans are gone but Nick’s and the Japanese affinity for hamburgers remain.

Nick’s is along the northwest side of Iruma Air Base, not very far from Route 16. If taking the train, Inariyamakoen Station is only minutes away by foot.

Look for the American flag waving along the street, check out the archive picture of Bob Hope and enjoy eating American burgers in a Japanese restaurant.