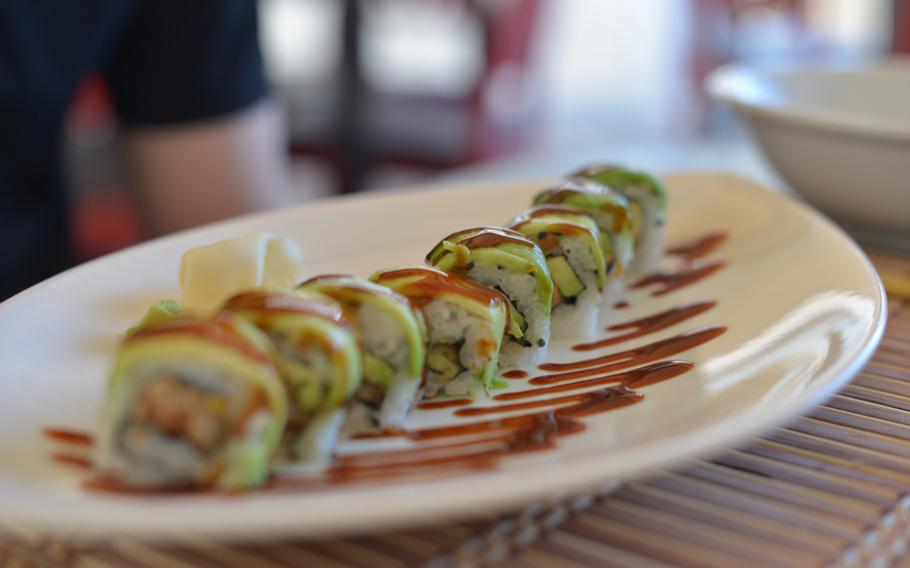 Buy Photo
The "Dragon" roll at Mò Sushi in Pozzuoli, Italy, combines a slab of avocado on the outside with a warm piece of fried eel on the inside. (Steven Beardsley/Stars and Stripes)

Buy Photo
The "Dragon" roll at Mò Sushi in Pozzuoli, Italy, combines a slab of avocado on the outside with a warm piece of fried eel on the inside. (Steven Beardsley/Stars and Stripes) 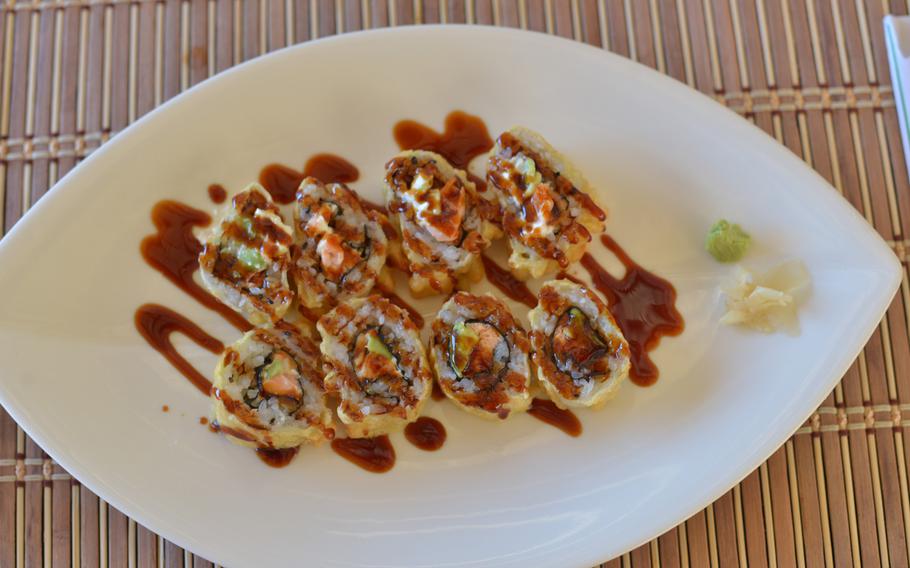 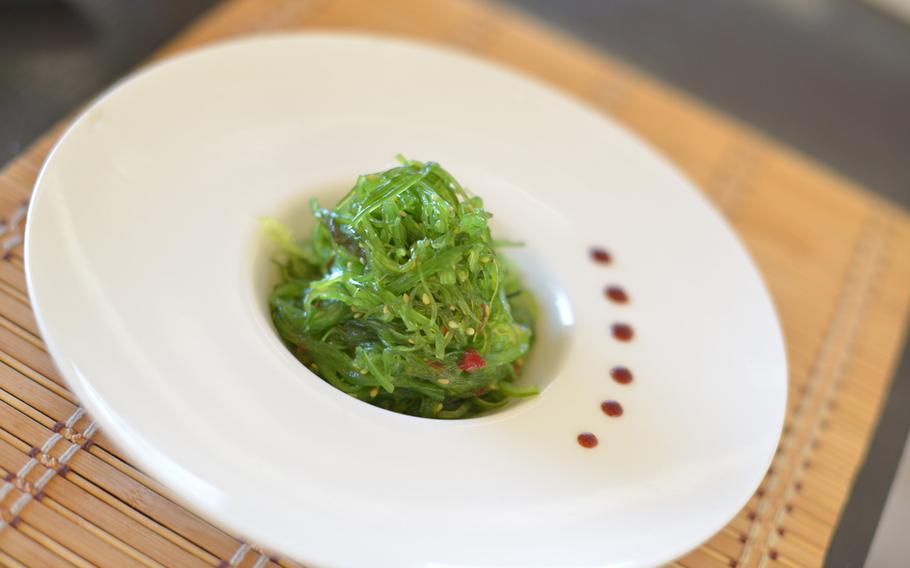 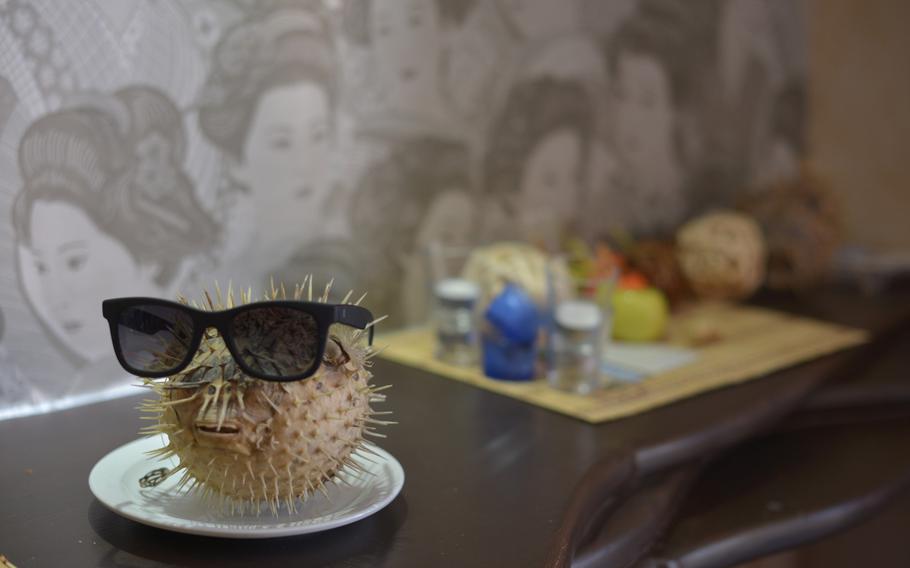 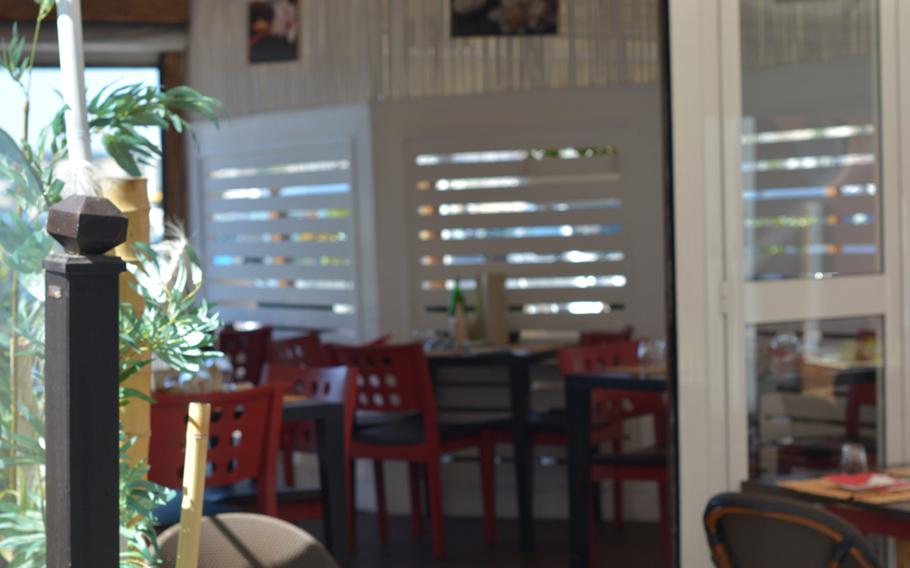 The picturesque seaside town of Pozzuoli just west of Naples in Italy has long been a go-to for fresh seafood, its daily fish market well-known across the region.

That salad, or “goma wakame,” was the best part of a handful of visits I’ve made to Mò Sushi, a reliable addition to the area’s sushi offerings.

Opened in July, it joins a short list of similar restaurants well-known to the military community here, including Jap-1, in the Chiaia neighborhood of Naples, and nearby Jorudan Sushi, which has one of the highest rankings on the city’s Tripadvisor.com page.

Mò Sushi is more convenient for Americans living west of the city. Whereas a trip into Naples often requires time and patience, Pozzuoli’s central port is accessible and easy to find.

Dinner service begins by 7:30, a convenient time for early eaters and the best option for diners who want to avoid traffic that can congest the port area beginning at 8:30, when Italians begin arriving for dinner.

Some from the military community have already discovered Mò Sushi; on my first visit, the waiter blamed the high number of American diners for an early run on miso soup. It’s more likely the restaurant is still figuring out how to stock its pantry, as both the miso and the “goma wakame” were missing on another night one week later.

When it’s available, the “goma wakame” (6 euros, or about $8) is a worthy starter. A small bowl of thin, green seaweed strips peppered with sesame seeds, it’s tart, slightly fishy and very fresh.

The menu itself offers the basics of any sushi restaurant. “Sashimi” (thin slices of raw fish) shares space with “nigiri” (raw fish typically on a bed of vinegary rice) and western rolls. Some options are off-menu, making it worthwhile to ask for a waiter’s recommendation.

For those unfamiliar with sushi, or a little uneasy around it, a mixed-platter made for two or three diners might be the best option, as it offers the most basic tuna, eel or California rolls. The better rolls are ordered individually. The “Dragon” (12 euros, or about $16) is wrapped around fried eel — still warm when served to us — and a small slab of avocado on top. A fried roll (12 euros), recommended by our waiter, Umberto, on a recent visit was lightly battered in tempura.

Mò Sushi imports some of its ingredients from the Pacific and buys others locally, according to Umberto. The tuna is from the Mediterranean, he said, and the rice from northern Italy. The shrimp and eel come from abroad.

Prices are on the high end, and there is no lunch menu. My wife and I paid 40 euros (about $53) for a recent meal of two rolls of eight pieces each, two bowls of “goma wakame” and a large bottle of water. But on a weeknight after a long day at work, not having to drive into Naples and find parking might be worth a little extra money.

Directions: Located on the Lungomare Colombo waterfront at the Pozzuoli port, near the ferry terminals. Take the Tangenziale west to the Pozzuoli Campana exit. Follow signs to Pozzuoli and then to the port. After coming down the ramp to the port area, take a left to hit the waterfront and another left toward the central port. Follow this cobblestone road past the marketplace until it tees off. Take a right into the large parking lot.

Hours: Open daily except Monday. No set hours, although lunch is served as early as noon and dinner from 7:30.

Information: Phone: (+39) 081-1980-3021. Cash and credit cards accepted. Takeout service is available. Parking: The port area is often congested, and while pay parking is available next to the restaurant, finding a space can be difficult in the evening, especially after 8:30.