Afghan civilian deaths up by 1 percent this year 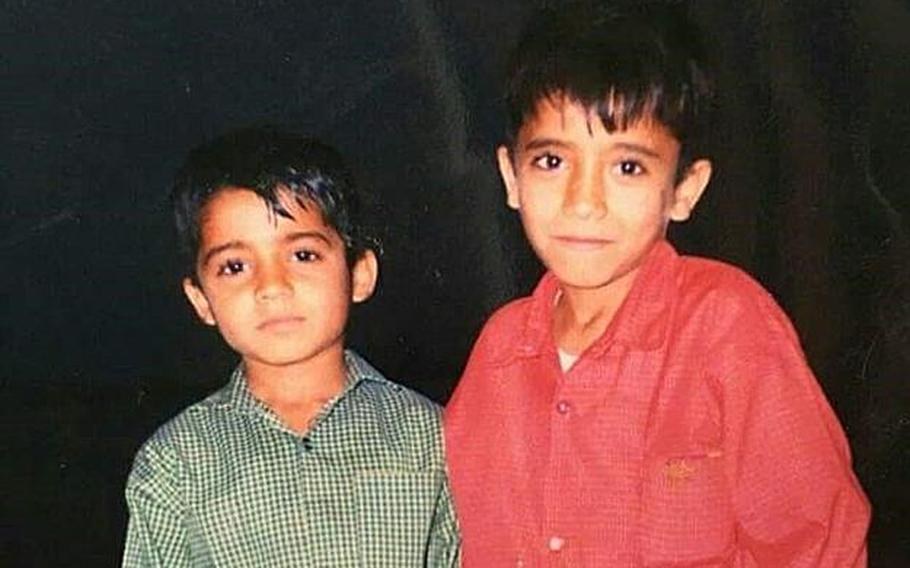 Naweed Majidi, right, and his younger brother, Abdul-Basir, pose for a photo when they were children. Abdul-Basir was killed in a January 2018 Taliban attack in Kabul at the age of 21. (Photo provided by the family.)

Naweed Majidi, right, and his younger brother, Abdul-Basir, pose for a photo when they were children. Abdul-Basir was killed in a January 2018 Taliban attack in Kabul at the age of 21. (Photo provided by the family.) 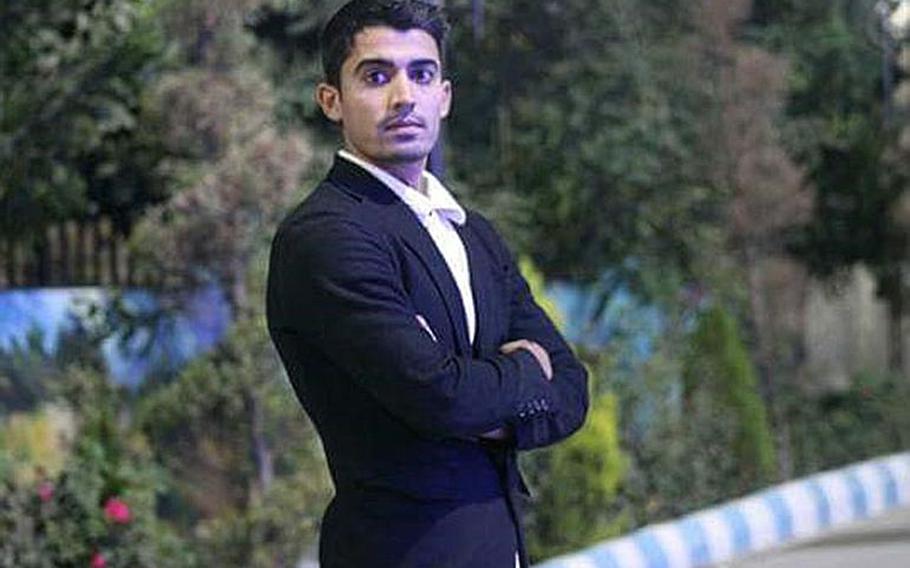 Abdul Basir poses for a photo before a January 2018 attack by the Taliban in Kabul took his life. He was 21 at the time of his death. (Photo provided by the family)

It had been two years since Naweed Majidi’s family returned to Afghanistan from Iran, where they had lived for 16 years as refugees, and Naweed’s brother, Abdul-Basir, had found a new job that would provide much-needed extra money.

The two brothers, both in their early 20s, were the only breadwinners in the family of nine.

But as Abdul visited the Ministry of Interior to process paperwork for his new job earlier this year, an ambulance packed with explosives killed him and about 100 other people.

“Life totally changed for us after that. I lost my best friend,” Naweed said. “Everyone still thinks about it at home, and they are quiet. I often wonder if something now happens to me, who will take care of my family.”

Abdul’s death is among the toll of civilians killed in the first half of 2018, which is more than any other six-month period since recording began 10 years ago, according to data released Sunday by the United Nations Assistance Mission in Afghanistan.

UNAMA documented 5,122 civilian casualties between Jan. 1 and June 30, including 1,692 deaths and 3,430 injured. The figures represent a 3 percent overall decrease from last year, but a 1 percent increase in civilian deaths.

To combat the rise in militant activity, the U.S. announced a new South Asia strategy last year, which includes more airstrikes and more leeway to target the Taliban.

American officials like Army Gen. John Nicholson, the top U.S. commander in Afghanistan, say the strategy has prevented insurgents from gaining new ground. “Rather, they are trying to inflict casualties and gain media attention,” he said last month.

As a result of the stepped-up activity, pro-government forces, including the U.S., were responsible for a sharp increase in civilian casualties from aerial attacks, UNAMA said.

Aerial attacks accounted for 353 civilian casualties — including 149 deaths and 204 injured — during the first half of the year, a 52 percent increase from the same period last year, according to the mission’s findings. It attributed 52 percent of those casualties to the Afghan air force, 45 percent to international military forces — meaning the U.S. — and the remaining 3 percent to unidentified pro-government forces.

“DOD assessments seek to incorporate all available information, including tools and information that are not available to other organizations — such as operational planning data and intelligence sources,” the Pentagon report said.

UNAMA asserts that its methodologies are the most accurate.

The mission’s latest findings attributed 67 percent of all civilian casualties, including 1,127 deaths and 2,286 injured, to anti-government elements. It said the Taliban was responsible for 42 percent of that total and ISIS militants were responsible for 18 percent.

The report commended the recent, brief cease-fires by the Afghan government and the Taliban.

“[They] demonstrated that the fighting can be stopped and that Afghan civilians no longer need to bear the brunt of the war,” said Tadamichi Yamamoto, the UN secretary-general’s special representative for Afghanistan. “We urge parties to seize all opportunities to find a peaceful settlement – this is the best way that they can protect all civilians.”

But many Afghans say they are growing impatient waiting for peace while their family members get killed.

After the death of his brother, Naweed said he’s now looking for a way to move to Turkey with his family, where he thinks he could make more money.

“We are riding in a ship here in Afghanistan that has no direction,” he said. “Afghanistan is going towards chaos, not towards a brighter future.”