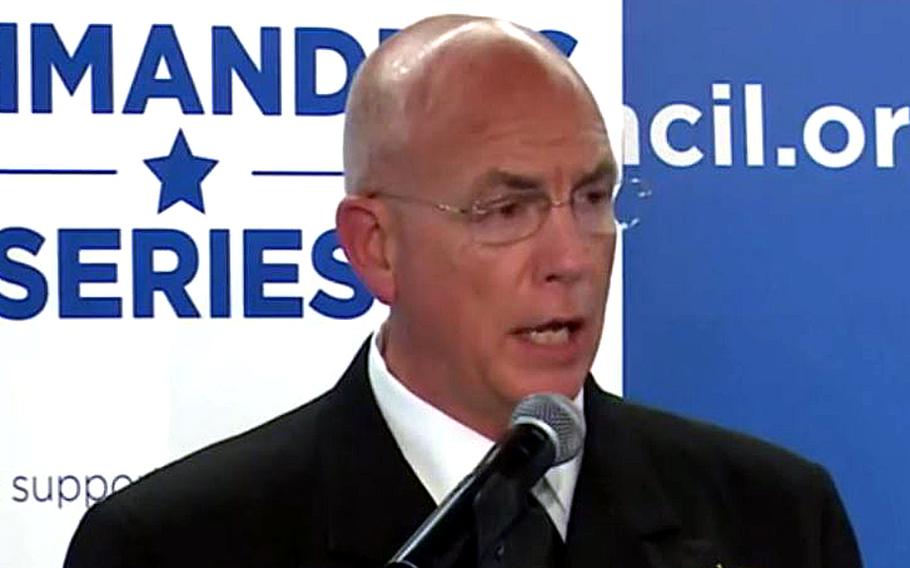 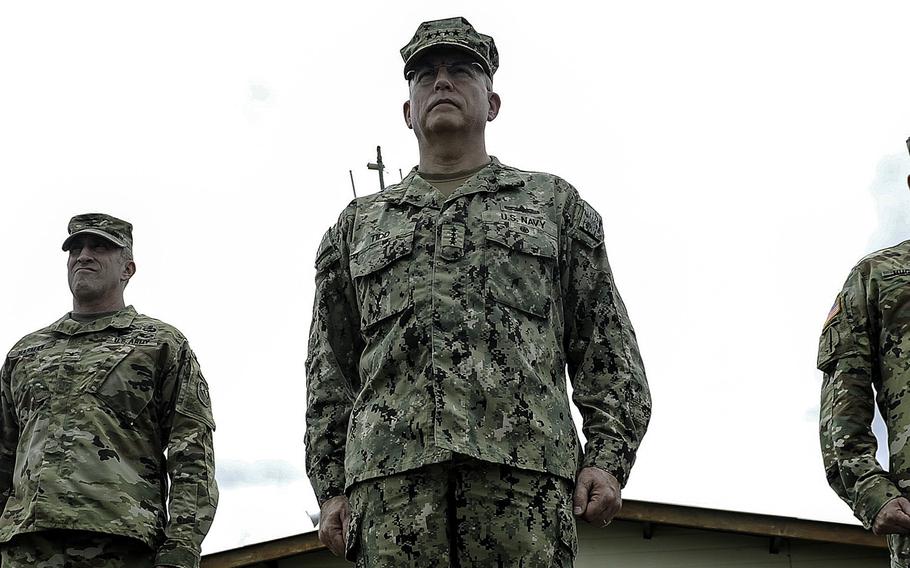 SAN ANTONIO — The top commander of U.S. forces in Latin America said Wednesday that his counterparts in the region have expressed concerns about Islamic self-radicalization and the return of fighters from Iraq and Syria.

“You want to spread an extremist message in the Caribbean and recruit fighters for ISIL? We have a worrisome number of networks engaged in that,” he said Wednesday in Washington, D.C., during a briefing at the Atlantic Council, a nonpartisan think tank. ISIL is another name for the Islamic State group.

His predecessor, Marine Corps Gen. John Kelly, said in January that about 150 people from the region were known to have joined the Islamic State group in Iraq and Syria.

“There’s a few very, very radical mosques; one in particular that’s associated itself, himself, the imam, with ISIS,” Kelly said, describing activity in the Caribbean.

Tidd pointed to the issue of extremists using the internet to incite self-radicalization, which could facilitate home-based attacks, citing recent examples in San Bernardino, Calif., and Orlando, Fla. But he stopped short of describing the issue as an imminent threat to the United States.

In a March briefing to the Senate Armed Services Committee, Tidd said that his command is challenged by the ability to “identify, monitor and fully illuminate and understand these networks and the resources necessary to significantly disrupt, degrade and ideally dismantle them.”

Kelly echoed that issue during his statements at the Pentagon in January, saying partner nations lack the sophistication and infrastructure to monitor fighters returning with battlefield experience or those who racialize at home.

Tidd said Wednesday that illicit networks established to smuggle drugs, immigrants, weapons and gold throughout the region could be used to funnel extremists to porous sections of the southern U.S. border.

Thousands of unaccompanied children surged across the U.S. border in 2014 after spikes of violence in Honduras and El Salvador. They overwhelmed immigration resources — a possible point of exploitation for foreign fighters.

In a Southern Command briefing with Stars and Stripes this month, officials said the Islamic State group online publication Dabiq said that human-smuggling networks could be used to move its members, though there are no clear indication that fighters have successfully gained entry into the U.S. this way.

“I haven’t heard our experts say that has happened already,” said Jose Ruiz, a SOUTHCOM spokesman.

Tidd also focused on conventional threats in the region on Wednesday. “What happens in Latin America and the Caribbean can’t be divorced from what’s happening in the rest of the world,” he said, describing Russia and China vying for influence in the hemisphere.

In the past year, Russia deployed four naval missions to collect data and intelligence on regional and U.S. activities in Latin America, Tidd said in March, adding that a recent agreement with Nicaragua simplified port access there. The Russians also fund and amplify propaganda in South America to sow doubt about U.S. interests there, Tidd said Wednesday.

China’s focus on soft power means the nation is concerned with securing trade agreements in the Western Hemisphere, he said.

Ruiz pointed to the desire for partner nations to take the lead in their security operations, though U.S. military forces take a more active role in weaker states like Honduras.

U.S. Special Forces and Marines have trained the corruption-plagued police there “in the right kind of skills” needed to match sophisticated drug-trafficking organizations, he said. U.S. troops will occasionally transport local personnel and cargo to isolated regions that the Honduran police and military cannot reach, but they do not actively engage in operations there or in the region, he said.

SOUTHCOM’s area of responsibility includes 31 countries over one-sixth of the Earth’s landmass. Its objectives include disrupting drug- and human-smuggling operations and responding to natural disasters in a region knotted with volcanoes and devastating earthquakes.

As the region becomes more economically powerful, Ruiz said, the U.S. must place a priority on being the best choice for a partner nation compared to Russia and China.