Buy Photo
The Museum of Ancient Seafaring in Mainz, Germany, displays replicas of late Roman patrol vessels, dug up in the city in the early 1980s. The museum traces the development of early shipbuilding and includes a workshop where visitors can watch staff build reproductions of ancient ships. (Jennifer Svan/Stars and Stripes)

Buy Photo
The Museum of Ancient Seafaring in Mainz, Germany, displays replicas of late Roman patrol vessels, dug up in the city in the early 1980s. The museum traces the development of early shipbuilding and includes a workshop where visitors can watch staff build reproductions of ancient ships. (Jennifer Svan/Stars and Stripes) Buy Photo
The original hull of one of several late Roman patrol vessels dug up in Mainz, Germany, is on display in the city's Museum of Ancient Seafaring. (Jennifer Svan/Stars and Stripes) 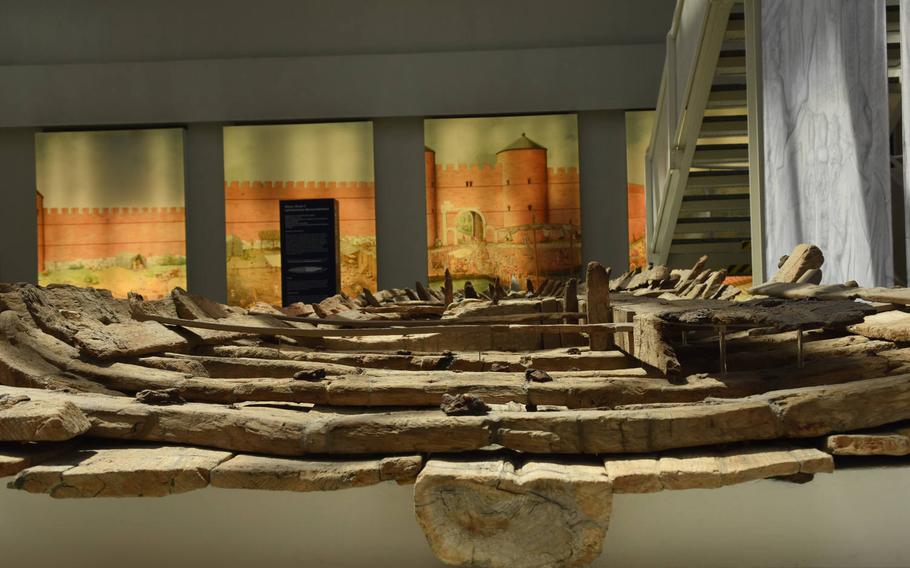 Buy Photo
The hull of a late Roman patrol vessel was made from German oak. It and several others were dug up in the early 1980s in Mainz, Germany, preserved for more than 15 centuries under nearly 15 feet of clay. They are on display at the Museum of Ancient Seafaring in Mainz, Germany. (Jennifer Svan/Stars and Stripes) Buy Photo
Some of the exhibits at the Museum of Ancient Seafaring in Mainz, Germany, are in English, including this one, which details the construction of one of the late Roman patrol vessels found near the banks of the Rhine River more than 30 years ago. (Jennifer Svan/Stars and Stripes) 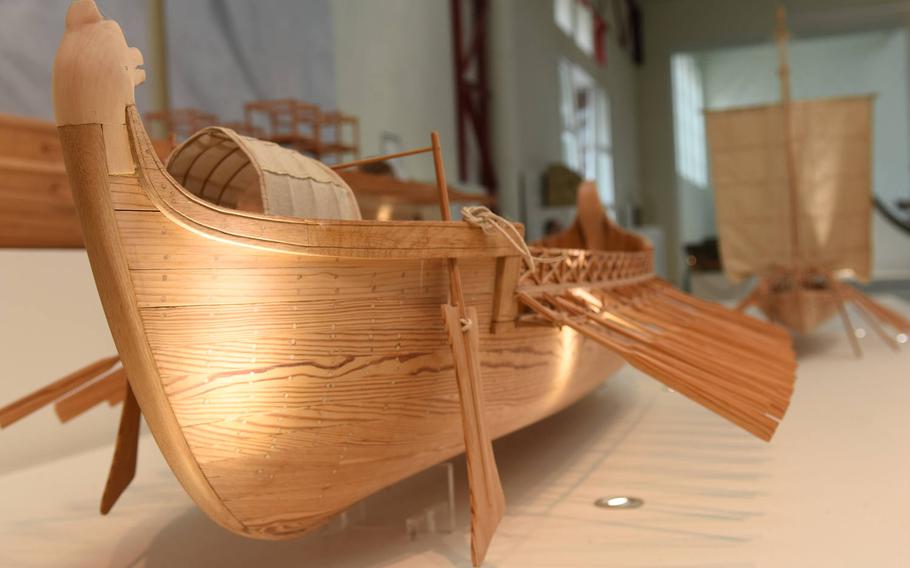 Buy Photo
Small wooden replicas of ancient shipping vessels are made with an eye for detail at the Museum of Ancient Seafaring in Mainz, Germany. (Jennifer Svan/Stars and Stripes) 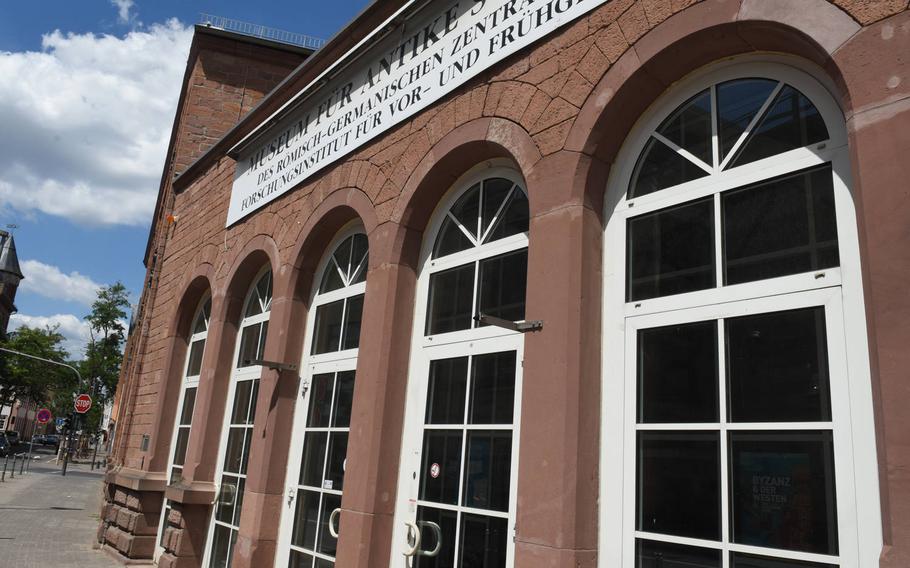 The best thing about the Museum of Ancient Seafaring — besides free admission — is the connection it makes to Mainz’s distant, storied history as a Roman military camp.

Two thousand years ago, this city teemed with Roman soldiers drawn there by the mighty Rhine, which once marked the northern frontier of the Roman Empire in mainland Europe.

From the former Celtic settlement named Mogontiacum, after the Celtic god Mogo, the Romans patrolled the Rhine and navigated it for trade and exploration.

The past collided with the present in the early 1980s, when workers found a fleet of nine wooden Roman warships while digging the foundation for an addition to the Hilton Hotel in Mainz.

The remains of five of those vessels, in various stages of preservation, make up the heart of the seafaring museum.

The museum opened in 1994 in a former railway repair shop to showcase the rare finds.

As The New York Times reported when the vessels were uncovered in 1982, few other Roman ships have been found in modern times in northern Europe. Made of German oak, the ships were waterlogged but otherwise fairly well-preserved, buried in 12 to 15 feet of clay, the newspaper reported.

The museum displays some of the vessels in original form — mostly just hulls or partial hulls. But there are also full-scale replicas of the old Roman patrol vessels. A sign in English describes how one was built by museum employees and temporary workers, keeping “true to the late Roman originals” in nearly every detail. Some restored pieces that weren’t recovered with the originals were based on archaeological finds from other sites, such as the anchor, the shield design and ropes. A large sail powered the boat when it traveled downwind.

The museum’s other exhibits detail Roman ship construction and the development of plank boat building throughout the Old World, as well as propulsion and steering technology. Letters describe life in the Roman navy, and epitaphs from gravestones tell of the fate of ancient mariners.

The museum is small but nicely laid out, with high ceilings and windows that let in ample natural light. An adjoining workshop allows visitors to watch employees work on reproductions of historic ships.

The exhibit information is in German and limited English.

DIRECTIONS: The museum is within walking distance of two train stations, Roemisches Theater and Stadtpark.

FOOD: The museum does not have a cafe, but there are many restaurants nearby.