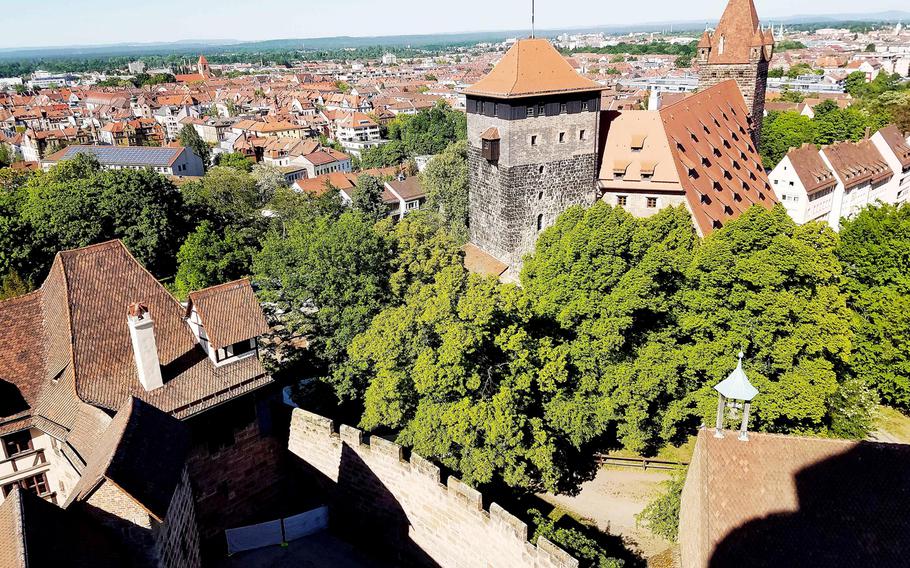 The Kaiserberg castle above the city of Nuremberg, Germany, May 7 (Martin Egnash/Stars and Stripes)

The Kaiserberg castle above the city of Nuremberg, Germany, May 7 (Martin Egnash/Stars and Stripes) 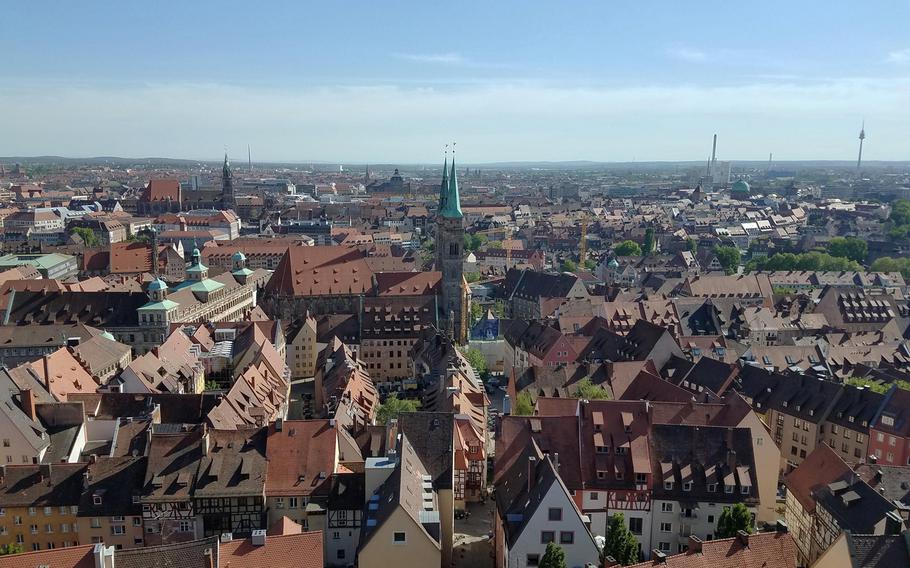 The view from the Sinwell Tower in Nuremberg, Germany, on May 7. (Martin Egnash/Stars and Stripes) 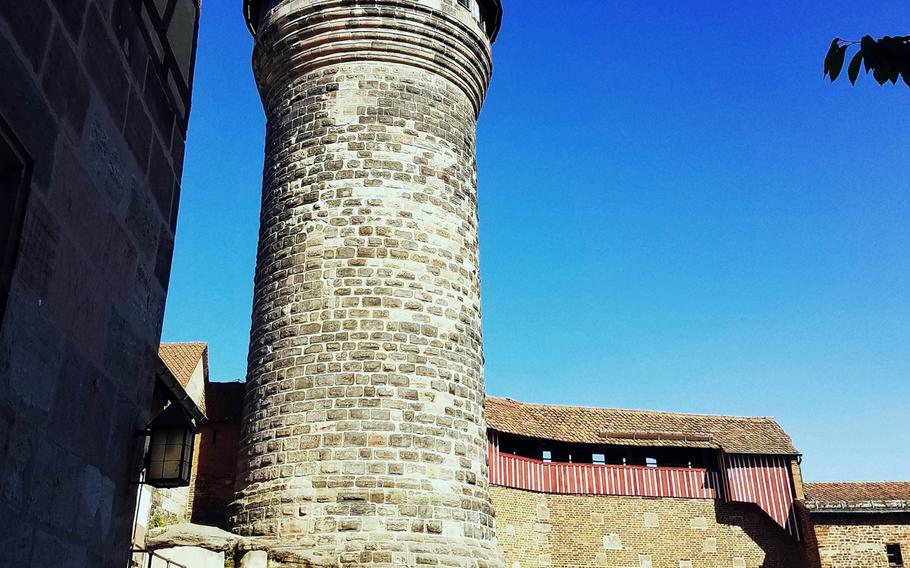 About an hour’s drive south of the Grafenwoehr Training Area, the Nuremberg Castle sits proudly on a hill in the center of the city’s old quarter. It’s a bit of a workout getting up the hill, but when you make it up to the ramparts, the climb is worth it.

The castle, known as the Kaiserberg, was used by the medieval Holy Roman Empire as its de facto capitol during much of its history. Now, the castle is open for visitors to explore some of that amazing history.

To see the castle’s interior, you need to buy a ticket that will give you access to the castle’s well, the tallest tower in the city, and the main museum in its vast halls.

I was the least excited about the well. I mean, how cool can a well be? As it turns out, pretty cool.

The well, one of the deepest in Europe, cost almost as much as the rest of the castle to dig. But it was vitally important since a castle without its own protected water supply would have been severely vulnerable in case of a siege. And even though it quickly turns to utter darkness as you look down, a guide lowers candles down the 164-foot-deep, rock-hewn well so you can see all the way down.

This is the only portion of the castle that has a guide. You are free to explore the rest on your own. I suggest the main castle first, and end the tour with a climb to the tower.

The main portion of the castle consists of grandiose imperial rooms that you get to explore at your own pace.

Most of the rooms feature elaborate paintings and decorations, and have almost everything you’d want to know about it explained in English and German. One along the main route is the Imperial chapel, a somber stone room with several sculptures and a creepy vibe to it.

Throughout the castle you will find amazing treasures like the Emperor’s crown and scepter, entire rooms filled with Renaissance weapons and armor, and even the Spear of Destiny, the lance that supposedly pierced the side of Jesus Christ. Skeptics say the spear dates from the 7th century, but believers maintain its legitimacy and come from miles around to see the famous artifact.

Once you finish with the swords and relics, head over to the Sinwell Tower, where only 20 or so people are allowed up at a time in order to keep the crowds down.

After scanning your ticket, you climb up the winding wooden staircase and make your way to the best view in Nuremberg. The tower has a great 360-degree view of the city, and from that vantage point, you can fully appreciate how impressive the castle you just explored really is.

DIRECTIONS: Address: Burg 13, 90403, Nuremberg, Germany. About one hour south of the Grafenwoehr Training Area via Autobahn 470. Easily seen from almost anywhere in the old town.

FOOD: I did not find any food or drinks at the castle. There are several restaurants just below the entrance, though.