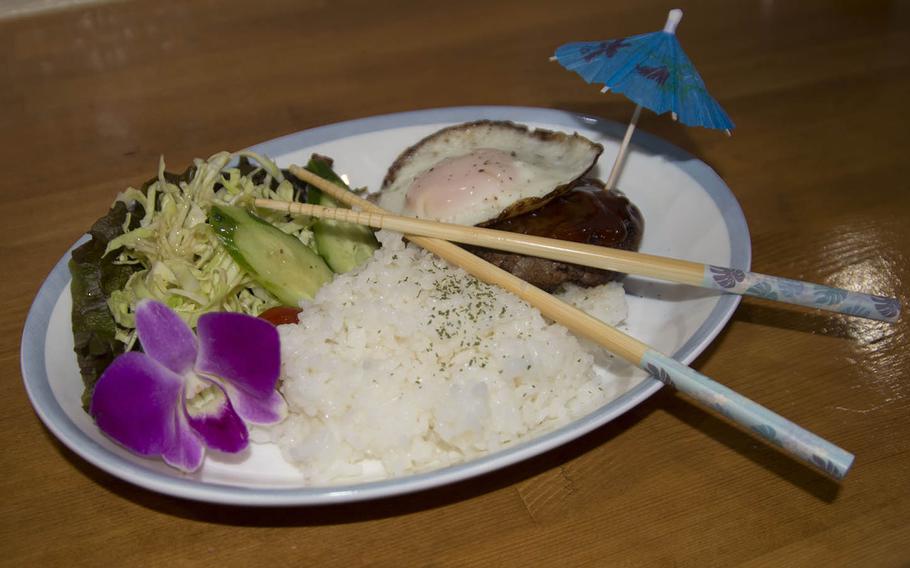 Buy Photo
Loco moco is one of the most popular dishes at Mahalo Cafe near Marine Corps Air Station Iwakuni, Japan. (James Bolinger/Stars and Stripes)

Buy Photo
Loco moco is one of the most popular dishes at Mahalo Cafe near Marine Corps Air Station Iwakuni, Japan. (James Bolinger/Stars and Stripes) 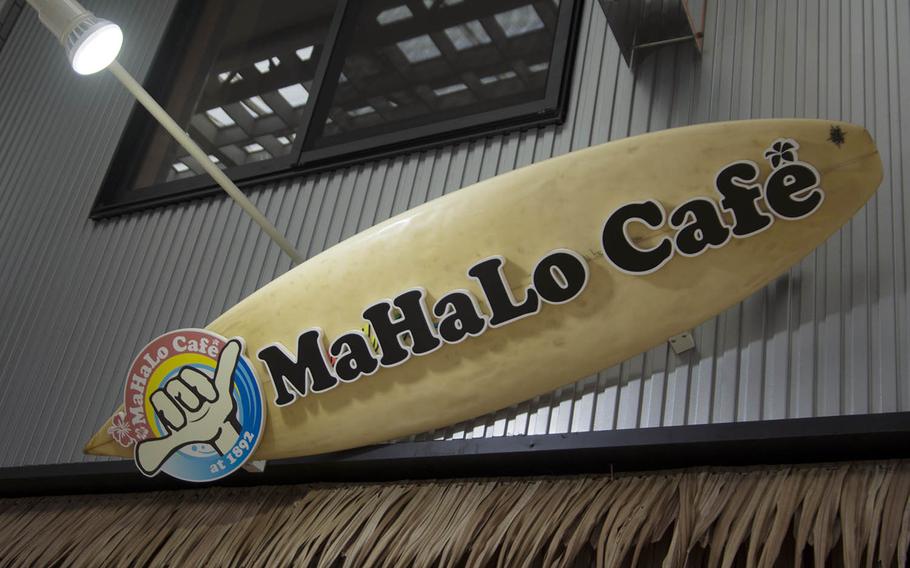 Folks stationed at Marine Corps Air Station Iwakuni, Japan, can get a taste of the Hawaiian islands at nearby Mahalo Cafe.

Owner and chef Akira Hamasaki is a Japanese gentleman who speaks English and has a love for surfing, live music and food.

Hamasaki based Mahalo — which is just a short walk from Iwakuni’s west gate on a street Americans call the “Yellow Brick Road” — after the bar Tom Cruise frequented in “Top Gun.” He serves quality food that doesn’t break the bank, and once a month the restaurant hosts a live band to entertain diners. Genres range from jazz to pop.

Mahalo’s dishes include garlic shrimp, avocado salad, Hawaiian-style spare ribs and loco moco, which I ordered based on Hamasaki’s recommendation.

Loco moco is a homemade hamburger patty cooked fresh and basted with a sweet/tangy Hawaiian-style sauce. It is topped with a fried egg that is cooked to order and paired with steamed rice and a cabbage-and-cucumber salad on a bed of lettuce. Paired with a fresh draft Asahi beer, it was a great meal that cost 1,400 yen (about $13).

So, how do you eat this delicious meal? Just break the egg yolk over the rice or the beef and dig in with your chopsticks.

For those who desire a more American-style dish, Hamasaki recommends the fried chicken, buffalo wings and homemade pizza.

The newest menu item is for those with a bit of a sweet tooth. It is a chocolate s’more pancake plate for 950 yen. You can also get a smaller version in a cup for 560 yen.

A variety of beers and beach-themed cocktails round out the adult beverage menu. The standard soft drinks, teas, juices and hot chocolate options are also available for those who might need to drive home. You can even get a cup of Kona coffee that Hamasaki imports from Hawaii.

On nights when a band is playing, the menu shrinks to accommodate the extra guests who come to enjoy the music and the short break the band takes in the middle of its set. When the band is playing, the entireallow the whole restaurant to tune in. Hamasaki turns off his kitchen lights and turns down the house lights to maintain an ambiance for patrons and the band.

Reservations may be necessary because of Mahalo’s limited hours and seating. There are several larger tables to accommodate groups or families and a bar for couples and singles.