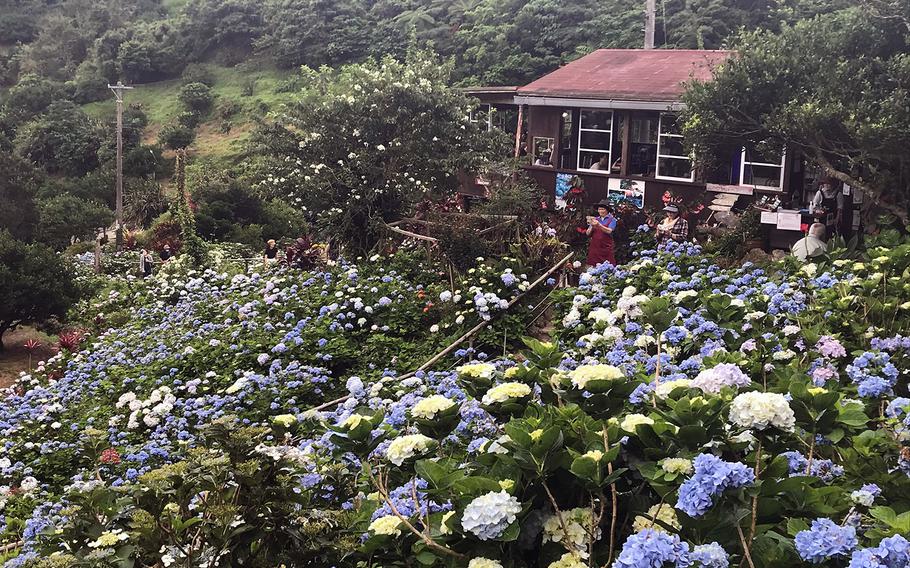 Buy Photo
The Yohena Hydrangea Garden in Motobu, Okinawa, seen here on June 11, 2020, is the perfect medicine for the coronavirus lockdown blues. (Matt Burke/Stars and Stripes)

Buy Photo
The Yohena Hydrangea Garden in Motobu, Okinawa, seen here on June 11, 2020, is the perfect medicine for the coronavirus lockdown blues. (Matt Burke/Stars and Stripes) 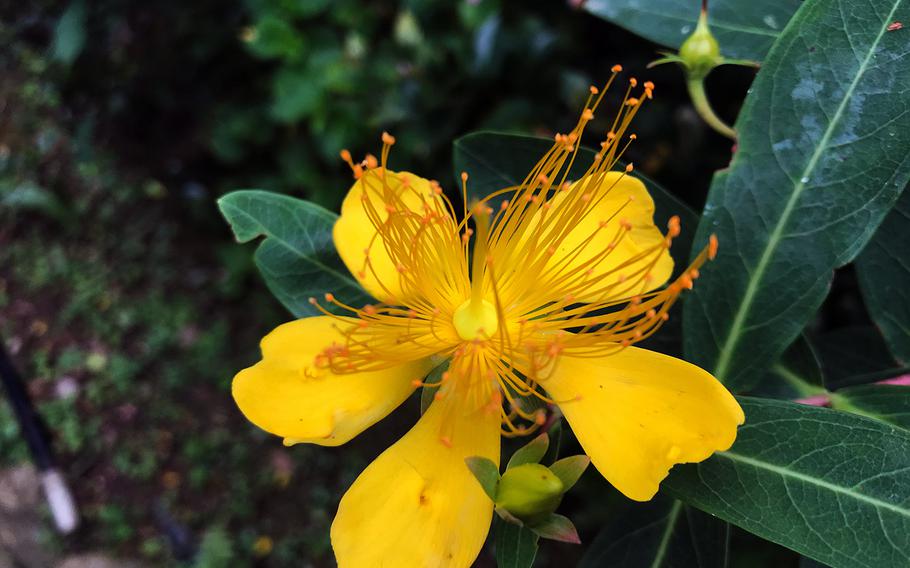 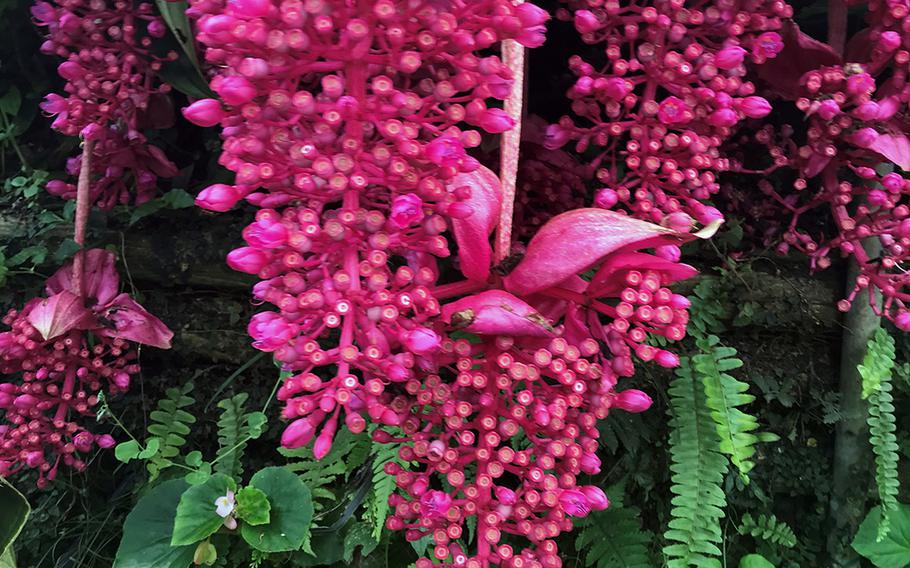 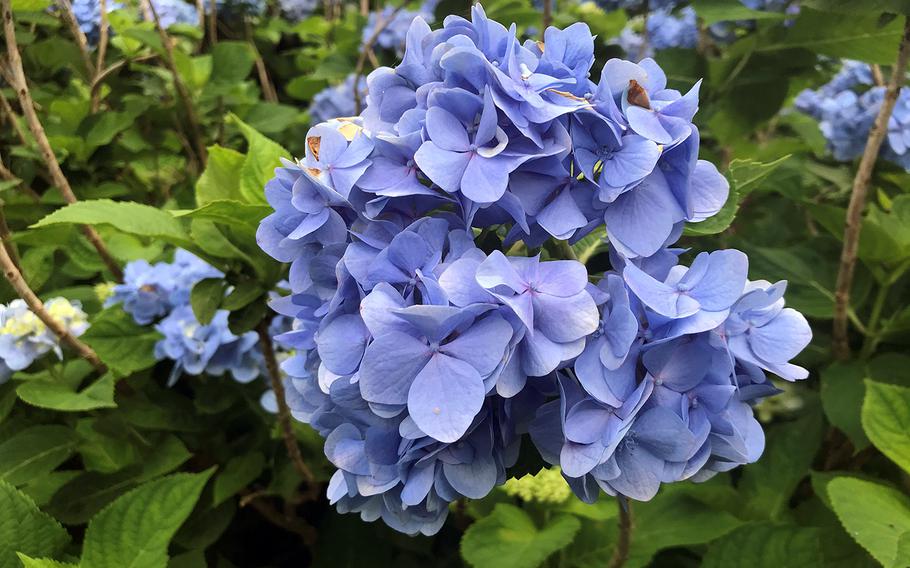 If the stress of being cooped up inside for weeks on end due to the coronavirus has got you down, Okinawa’s Yohena Hydrangea Garden in Motobu might be just what the doctor ordered.

Tucked away in the jungle near other northern tourist attractions like Dino Park and the Nago Pineapple Park, about 90 minutes’ drive from Naha on the expressway, the garden looks like something out of a J.R.R. Tolkien novel. It features some 40 varieties of blooming hydrangeas — more than 300,000 in all — as well as 100 other types of flowers from begonias to St. John’s wort and chandelier trees, in a space of roughly 100,000 square feet, according to the Okinawa Convention & Visitors Bureau website.

The flowers wrap around the hillside in breathtaking fashion, appearing to swallow a quaint cafe, called Hydrangea House, as well as a spiderweb of scenic hillside walking trails and rest areas.

The garden provides an injection of color and natural beauty that instantly inspires and lifts the spirit.

The flowers bloomed a bit late this year, as if to coincide with coronavirus park and beach restrictions being lifted for all U.S. service members late last month.

Yohena Hydrangea Garden was started as a hobby about 40 years ago by the homeowner on the property, Uto Yohena, after she was gifted two hydrangeas by her brother-in-law, the Okinawa Convention & Visitors Bureau website said. As she filled the hillside surrounding her home, word of her garden began to spread.

It officially opened in 2000, thanks to the crush of visitors that would just show up after hearing about it through word-of-mouth.

The park has received interest from all over the world, the park website said. Yohena died in 2018 at age 102, but the park has lived on with the help of her family. In fact, it continues to grow.

Hydrangeas belong to a genus of “erect or climbing woody shrubs” native to the Western Hemisphere and Eastern Asia, according to the Encyclopedia Britannica website. Roughly 23 different species are known, renowned for their colorful “ball-like flower clusters.”

They grow to generally about 4 feet tall and colors range from white to pink and blue, depending on the acidity of the soil, the encyclopedia said. They are popular with horticulturists and American homeowners alike for their beauty.

Last week, Yohena Hydrangea Garden displayed a kaleidoscope of color that looked like a giant open ocean swell, rolling down the steep hillside into the tiny valley below. It was almost too perfect to be real.

Visitors got a good sweat going due to the thick jungle humidity. They walked slowly and posed for selfies as they wound up and then down the hillside trail, flanked on all sides by stepped flower beds and Mother Nature’s best in show.

COSTS: 400 yen for adults, 200 yen for kids 6 and older. Discounts available for those with disabilities as well as large groups.