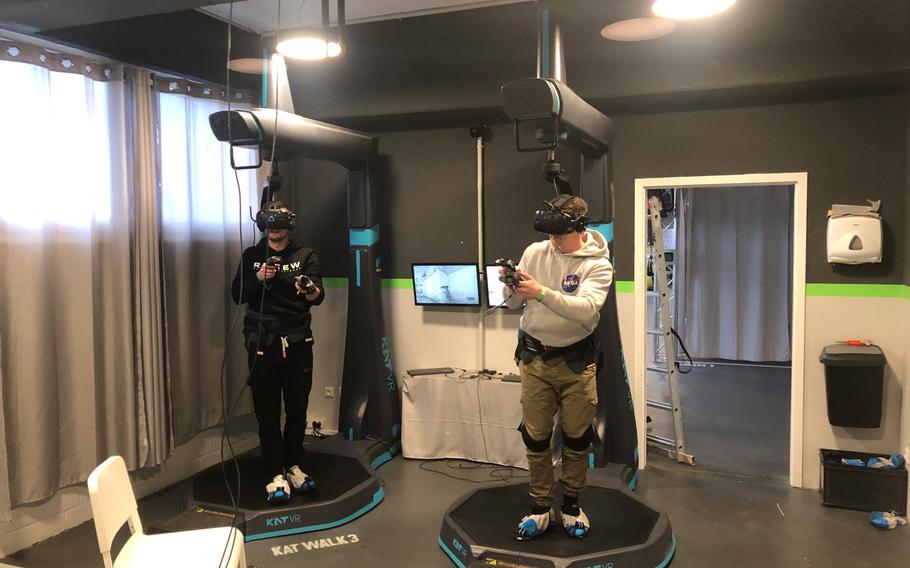 Buy Photo
Customers at VArea in Mainz, Germany, use a Katwalk setup to fully immerse themselves in a virtual reality first person shooter game on Jan. 8. The gaming setup allows users to maneuver within the virtual reality environment without leaving the enclosed setup. (Aaron Knowles/Stars and Stripes)

Buy Photo
Customers at VArea in Mainz, Germany, use a Katwalk setup to fully immerse themselves in a virtual reality first person shooter game on Jan. 8. The gaming setup allows users to maneuver within the virtual reality environment without leaving the enclosed setup. (Aaron Knowles/Stars and Stripes) 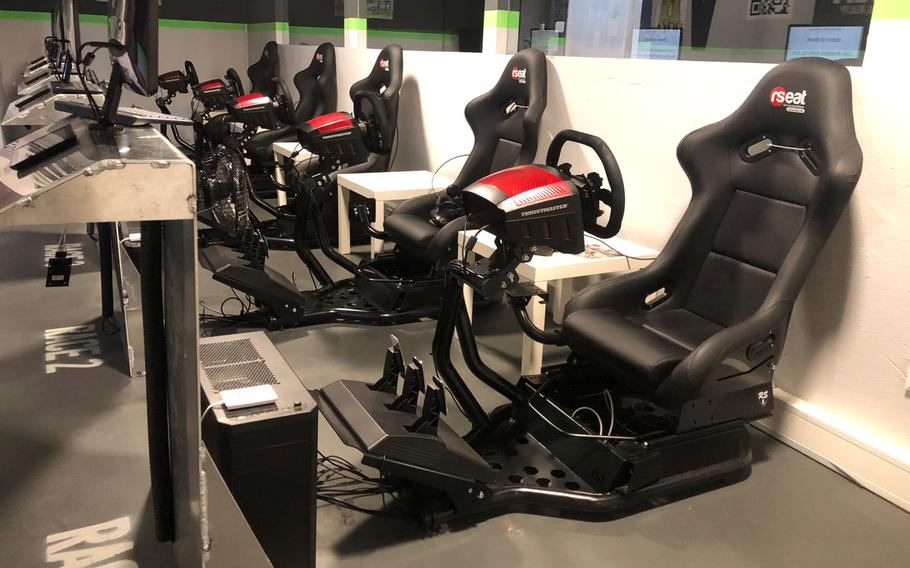 Buy Photo
VArea is a virtual reality studio in Mainz, Germany, that offers VR experiences for 13 euros per 30 minutes. (Aaron Knowles/Stars and Stripes)

Why just take a day trip to a nearby city when you can enter a whole new reality?

VArea, pronounced Vee-are-eya, is a virtual reality gaming studio in the city of Mainz-Weisenau, Germany, that offers a selection of more than 40 games on multiple types of VR platforms.

At 13 euros for 30 minutes, you have your choice of racing simulators while sitting in a sports car seat with a steering wheel or standing up on a VR catwalk that lets you walk in the game, as well as a room dedicated to your own VR experience without the chance of breaking a lamp or television screen.

Games even have multiplayer modes that allow you to play with friends.

With so many games to choose from, you have your choice of killing monsters, fighting zombies, racing against friends on a test track and even exploring the planet using a VR version of Google Earth.

Food is available at the front desk. I had the pizza instead of the nachos, and I was not disappointed. And it only took 15 minutes to cook the food.

Everything about VArea was a positive experience. The service included some of the most helpful people that I have met in Germany. I was changing games and platforms every 10 minutes and the staff didn’t get upset at all. They were constantly making recommendations on their most popular games and the best ways to play.

VArea offers more than just VR experiences. They have board games, PlayStation, Xbox, television games streaming online, and even foosball and air hockey tables. It is possible to spend hours at VArea and not play the same game twice.

I would highly recommend this place for a fun family experience, a group of friends or a birthday party.