5 fixes for the Wii U (and why they won't happen) 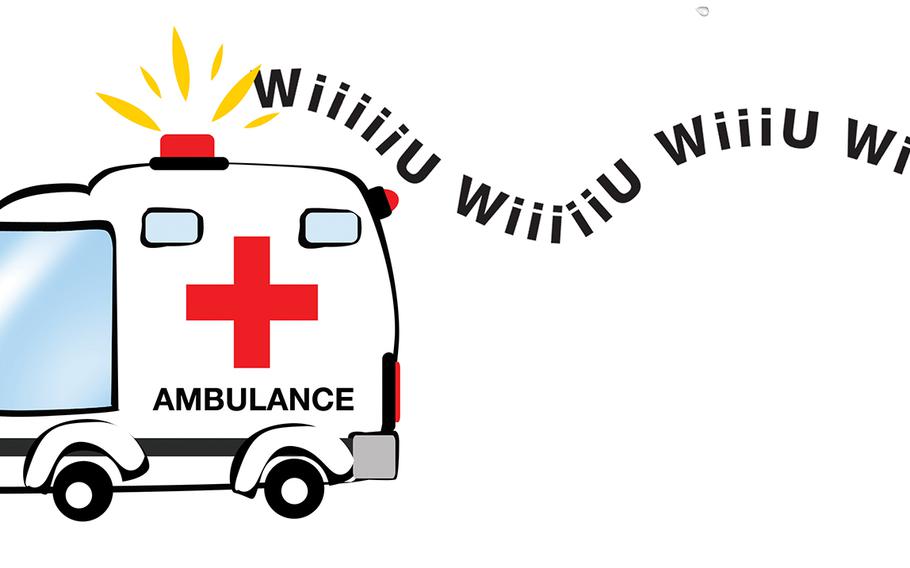 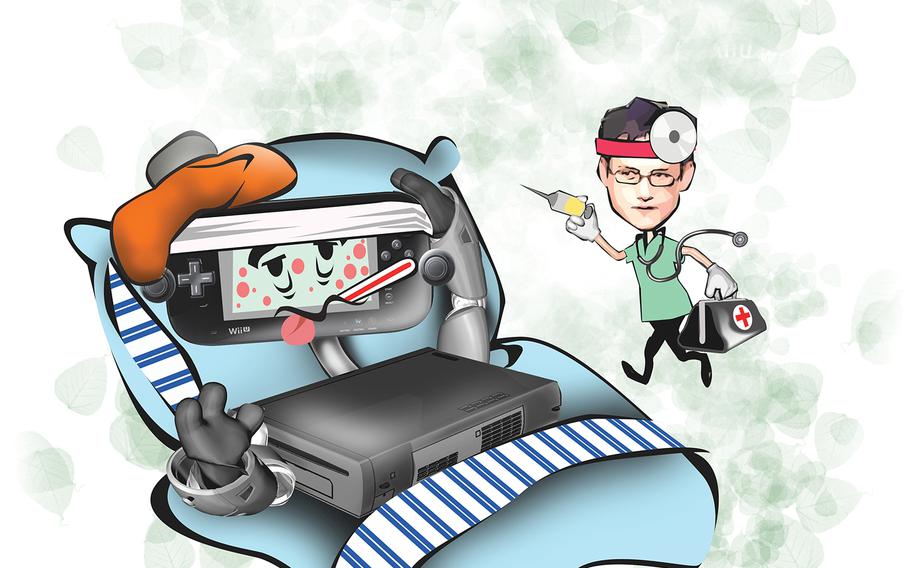 As quickly as the Wii waggled its way to the top of the gaming industry, the Wii U — Nintendo’s much anticipated and initially well-received follow-up — has led the company’s fortunes to a resounding whimper.

Posting two annual losses for the first time in its more than 100-year history, Nintendo is on the path to potentially wiping out years of industry dominance. Megapublisher Electronic Arts has dropped support for the system, a move not seen since the ill-fated Sega Dreamcast. Consider this: EA Sports would rather release “FIFA 14” for the original Wii, PC and even the 13-year-old PlayStation 2, over the Wii U.

There’s a lot of noise and opinions out there about what needs to be done to help the Wii U hold its own, because, quite frankly, just about anything would be an improvement. From user-friendliness, to system speed, to game catalog, let’s look at what could change — and why most of it probably won’t.

All gamers want it, and plenty already have it: Your digital games should follow you when you upgrade your platform. Apple does it with iTunes purchases; Google does it in Android; Steam does it on personal computers; and finally, Sony says it will do it (or at least try) with the PS4.

Nintendo, however, lags far behind. While the Wii has a robust indie game selection (called “WiiWare”), as well as a lengthy back catalog (called “Virtual Console”) for sale, using the eShop on the Wii U is like starting your collection over from scratch. Users can get the new console to play anything on the Wii in a special emulation mode, but that means starting up the Wii U, going into Wii mode, and buying or playing the game there.

Why not integrate these titles into the Wii U more obviously, like the 3DS does with older downloadable DSi games? Probably because Nintendo wants to sell you those titles again. There are about 30 “Virtual Console” games that have made the special “Wii U” re-release jump, and if you owned those games on Wii, well, you get to buy them again for a discount — with none of your older data transferred over. With the lull in the Wii U’s release schedule, players could be deciding which of the 200 Gamecube titles they’ll download; instead, they’re simply going elsewhere.

WHY IT WON’T HAPPEN: Why offer a great selection of hundreds of back-catalog games at once when you could make a sort-of big deal about re-releasing one or two a month? By focusing on a small selection at a time, Nintendo seems to be hoping that the monthly publicity will help individual titles sell better.

Court consumers, don’t toy with them

Nintendo’s old habit of extending what “launch window” means has cropped up in a major way with the Wii U. A major part of the system’s initially warm reception was the amazing release schedule. Titles like “Pikmin 3,” “Wonderful 101” and “WiiFit U” were slated to buffer the system’s lineup well past the holidays. Now it’s July, and Nintendo’s remaining 2013 lineup contains a lot of the same games we were talking about last year.

It’s one thing to add a little polish to one or two big titles, but it’s another thing to raise expectations and then delay games just to pad your release schedule.

Then there’s the case of the eShop. Every week, Steam, Xbox Arcade, and The PlayStation Store offer new indie games and consumer-friendly deals. Because Nintendo’s eShop is starting from scratch, its variety, release schedule and prices are all out of touch.

WHY IT WON’T HAPPEN: If they can build up a big enough user base and draw people in with established franchises, Nintendo can ignore what other bigwigs — including Apple and Google — are doing in other gaming marketplaces. Nintendo’s big aim seems to be protecting what the company’s president called an attack on the value of games.

Some games allow you to control everything with the GamePad (good). A few let you use just the Wiimote (that’s fine). Some titles have players share the GamePad (also fine). But in too many games, including first-party offerings like “New Super Mario Bros. U” and the upcoming “Pikmin 3,” players must pick up one controller only to switch to another in the middle of a game.

Even the Wii U’s operating system suffers from this strange controller schizophrenia. It seems like we have a fancy new controller that nobody quite knows how to use.

Developers could use some fresh ideas, a little freedom, and some consistency all at once. Here’s just a few:

• Allow the 3DS to be used as a controller for the Wii U — that way everyone can get their own personal screen.

• Provide Wiimote pointer support to every system menu and every game screen so players can navigate the way they want.

• Use more of the GamePad’s more interesting features — like alternate viewpoints or private perspectives on a shared multiplayer experience.

WHY IT WON’T HAPPEN: Most developers seem stuck on the Wii’s “simplicity mentality.” The Wii U’s GamePad is a more complicated experience, and it requires more investments by developers to grasp the finer points. But if the games aren’t selling well, what’s the motivation to develop new uses for a controller?

Speed it up — for real

For a system supposedly more powerful than the PS3 or Xbox 360, you’d hope it would use some of that power for speed, but time and time again in speed tests, the load times of Wii U games are longer than their previous-generation console counterparts. Nintendo released its last patch aimed at speeding things up in April. A lot of progress was made, but with some actions still taking more than 20 seconds, there is still a long way to go.

WHY IT WON’T HAPPEN: This probably isn’t a question of whether Nintendo will try to speed things up, just a question of by how much. In the meantime, the clock is ticking away every time a potential customer walks up to a Wii U demo station and waits for a game to load.

Be original, be bold

After criticism that it “played it safe” with this year’s E3 showing, Nintendo hit back. In an interview with Kotaku, legendary designer Shigeru Miyamoto said: “From my perspective, a lot of people say, ‘Oh, you should make new characters and those would be fun games,’ but creating a new character doesn’t necessarily mean the game is going to be fun. You really need to be focusing on creating a new gameplay experience that’s fun and unique.”

In other words, we do our innovating within our older franchises; you just don’t see it.

Likewise, the upcoming “Donkey Kong Country: Tropical Freeze” adds another Kong into the mix (one that we’ve seen before) and keeps the exact same maligned controls as the Wii version. Again, has the something changed? Yes. Is it markedly different? No.

This is innovation by iteration, not by flipping the script.

Nintendo needs bold, original IPs to showcase the Wii U's strengths. The Wii was actually full of them: Wii Fit, Wii Play, Wii Music (don’t laugh) and the record-smashing, grandma-friendly Wii Sports, among others. Nine months into the Wii U, all we have is “Nintendo Land” to fill that challenge, and there’s not a single “Wii noun” game for sale, nor is there a clear, couldn't-be-done-anywhere-else take on an establshed Nintendo franchise.

WHY IT WON’T HAPPEN: There’s a lot of risk in launching new IPs, and to be fair, we saw very few of those from any of the big developers at E3. If the Wii U’s sales stay slow, Nintendo (and others) will surely be tempted to keep playing it safe, releasing minor updates to titles easily on their second, third or, in the case of the next Mario Kart, eighth iterations. Those titles will sell to the existing user base, but they might not sell systems.

It comes down to this: what does Nintendo want the Wii U to be? The 100 million Wii owners out there have a big choice ahead of them from this holiday season on: Do they want to buy into the promise of the Wii U, where family-friendly franchises will eventually show up, or do they want a decidedly “next-gen,” do-it-all system from Microsoft or Sony for just slightly more investment?

The biggest possible advantage Nintendo has is in software. But Nintendo is behind in the online store, they’re behind in media hype, they’re behind in consumer friendliness, and they’re behind on monetizing their back catalog. Their history of innovation on the Wii, however waggle laden at times, has taken a backseat to playing it safe, and that’s exactly what the Wii U can’t afford to do.