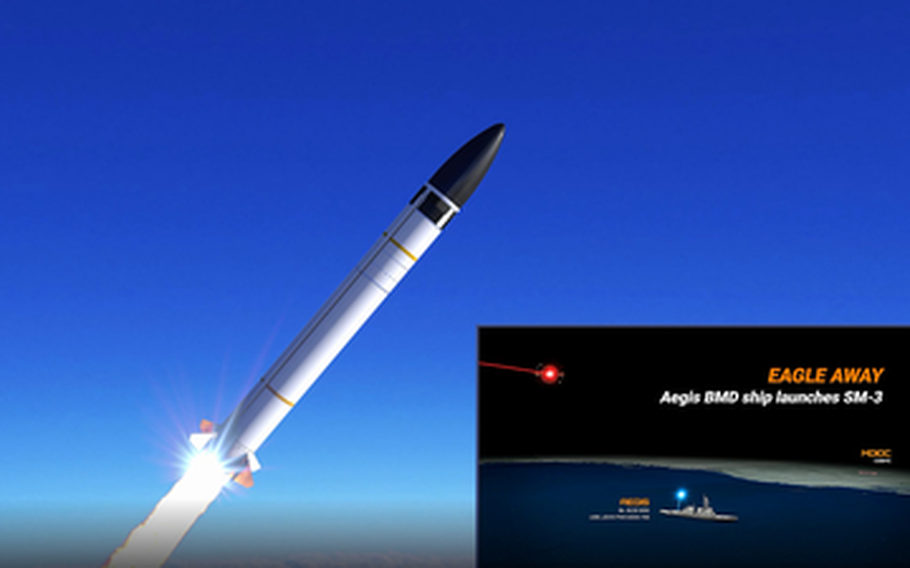 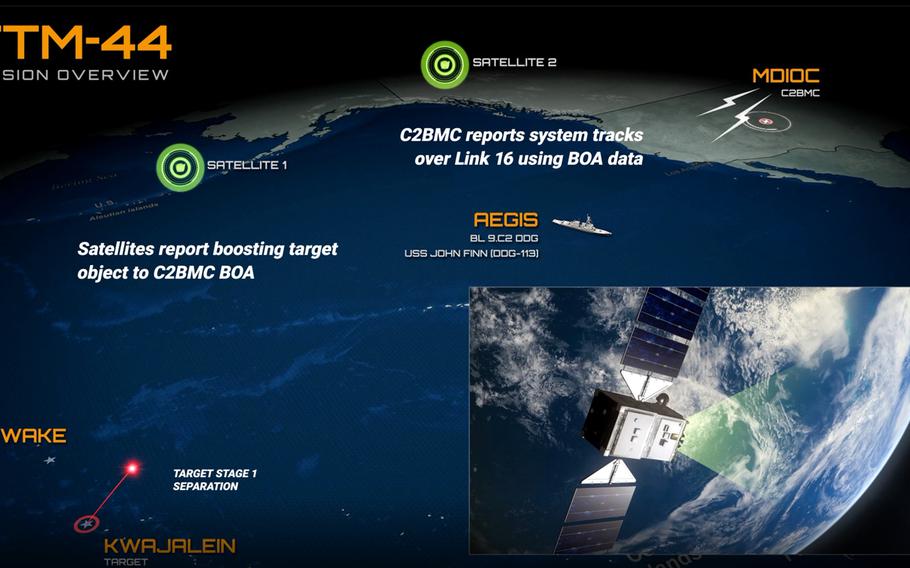 A Navy ship has for the first time destroyed an intercontinental ballistic missile using a standard missile, providing the U.S. with a complement to shore-based defenses as it guards against threats from rogue states with developing nuclear missile technology.

The destroyer USS John Finn, equipped with an Aegis Ballistic Missile Defense System, shot down the ICBM on Monday northeast of Hawaii with the latest version of the Standard Missile-3, the U.S. Missile Defense Agency said in a statement.

The missile, designed to kill midcourse enemy missiles in space, has longer range and higher speed than its predecessors. It could be used to protect Hawaii, Guam and other U.S. interests in the Pacific, as well as Japan, against missile threats from North Korea.

The same interceptor could be used in Romania and Poland against threats in that region.

An animation of the successful intercept shows the missile firing from USS John Finn as the ICBM target launches from the Ronald Reagan Ballistic Missile Defense Test Site on Kwajalein in the Marshall Islands, and arcing through space over the Hawaiian island chain.

Nearly all Navy cruisers and destroyers have a variant of the Aegis BMD system, which was originally designed to intercept short-, medium- and intermediate-range ballistic missiles, though data collected by its radar systems could be used to help other systems track and destroy ICBMs, the Congressional Research Service said in a recent report.

About three years ago, Congress mandated that the military evaluate by the end of this year the feasibility of using an SM-3 to defeat an ICBM.

The Raytheon-built SM-3 is equipped with a “hit-to-kill” warhead that collides with the target missile’s warhead to destroy it. The Block IIA variant has a larger diameter than other versions, allowing for more fuel, a higher maximum velocity and a larger warhead, the CRS report said.

This week’s test used “engage-on-remote” capabilities, in which data from systems other than the ship’s own radar provide the targeting solution to guide the missile.

The tracking information was fed to the destroyer from the Missile Defense Integration and Operations Center, based at Schriever Air Force Base, near Colorado Springs, Colo.

The event was the sixth flight test of an Aegis BMD-equipped vessel using the SM-3 Block IIA. Originally planned for May, it was delayed by restrictions on movement of equipment and personnel aimed at slowing the spread of the coronavirus.

The interceptor was originally intended for use in regional defenses, but ships allow it to be “surged in a crisis or conflict to thicken defensive capabilities for the U.S. homeland” against long-range missile threats, the Pentagon said in a January 2019 review.