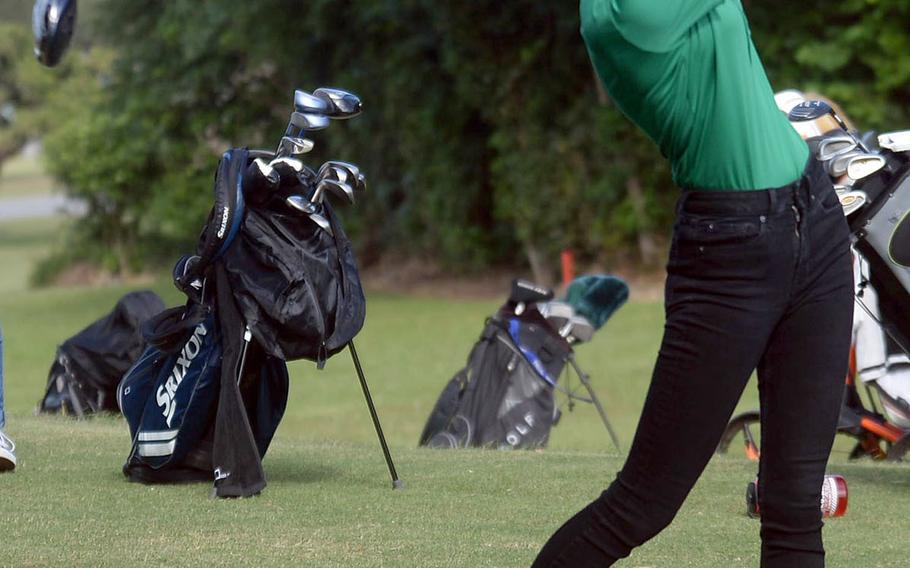 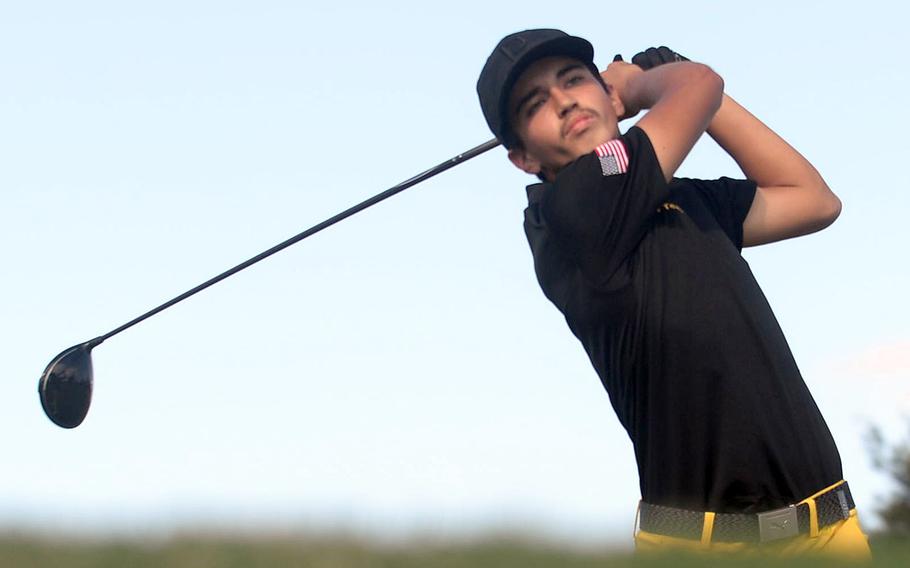 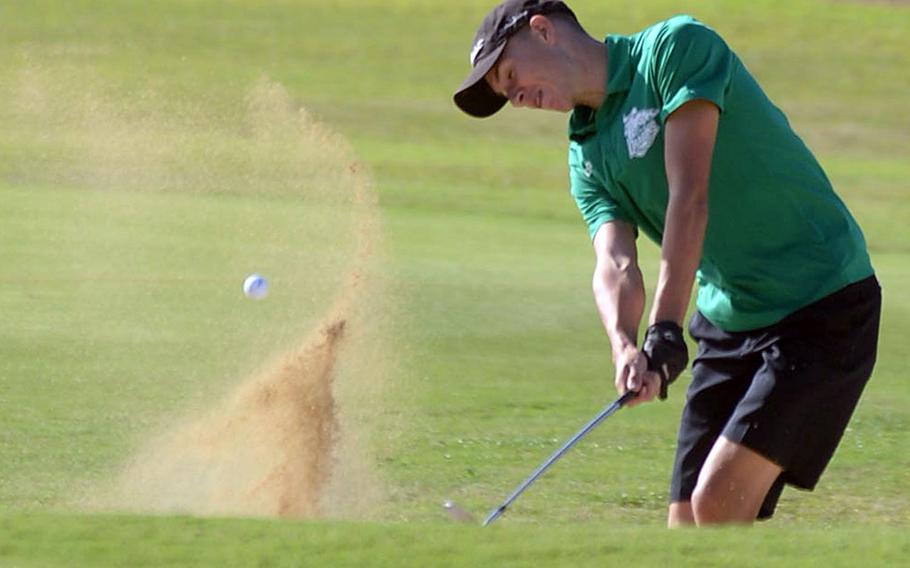 KADENA AIR BASE, Okinawa – Whether on the golf course or cross country course, Matt Ray has proven to be a contender the last couple of years.

The Kadena senior carded a 4-over-par 40 on the back nine at Kadena’s Banyan Tree Golf Club on Tuesday, finishing one stroke back of his former Panthers cross country teammate Beau Black in the Okinawa district finals.

“Beau switched over, and I did, too; I wanted to be with friends,” Ray said after the season-ending tournament, an individual stroke-play event on Banyan’s treacherous 2,652-yard back-nine layout in a gusty wind.

A year ago, Ray placed third in the Okinawa cross country finals at Cape Zampa, finishing two places behind his brother Will who’s now running at the Citadel. Black finished two spots behind Matt Ray.

For Black, Tuesday was his second victory of the season and it came at just the right time, on a sunny afternoon with 17-mph winds and 23-mph gusts out of the northeast.

“I’m sure on another day, it would have been a lot closer,” Black said. “I’m just glad I got the win for my senior year.”

Black led a one-through-five finish by Kadena golfers in the boys standings, while Kubasaki took the top eight spots among girls, with senior Kyla Golihugh leading the way with a 17-over 53, two strokes better than teammate Emily Hager.

Golihugh won all five events this season, four of which were played on Kadena courses; she considers the Taiyo Golf Club in Gushikawa her home course, as it is for Kubasaki.

“The greens here are a lot faster to me,” Golihugh said. “And the winds here make it a lot harder for me.”

Tuesday’s finals brought the first Okinawa golf season staged in the fall to an end. It was one of three fall sports offered by DODEA-Pacific due to the coronavirus pandemic. Football and volleyball were canceled.