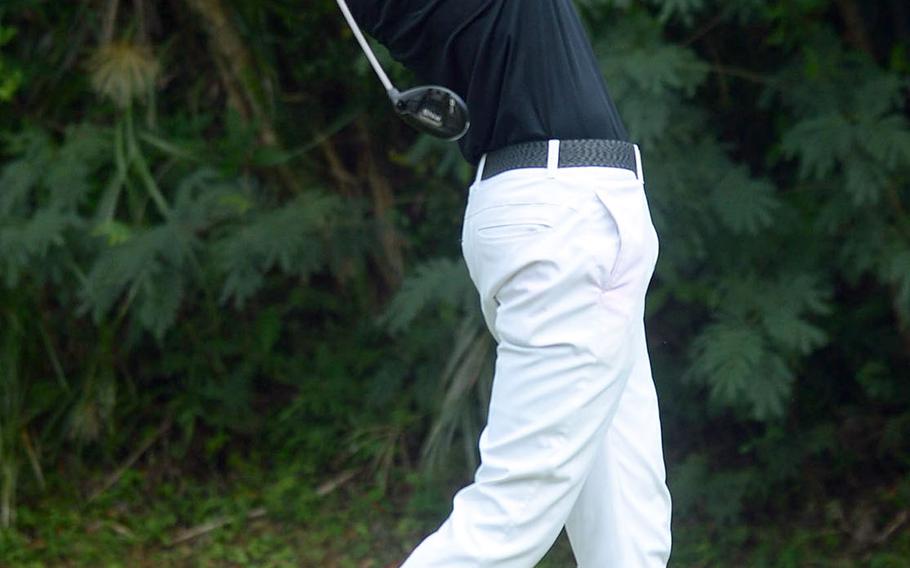 Buy Photo
Kadena senior Beau Black has gone back and forth with his Kubasaki upperclass counterpart Bryce Tobin all season, and will battle him Tuesday at Kadena's Banyan Tree Golf Club in the Okinawa district championship. (Dave Ornauer/Stars and Stripes) 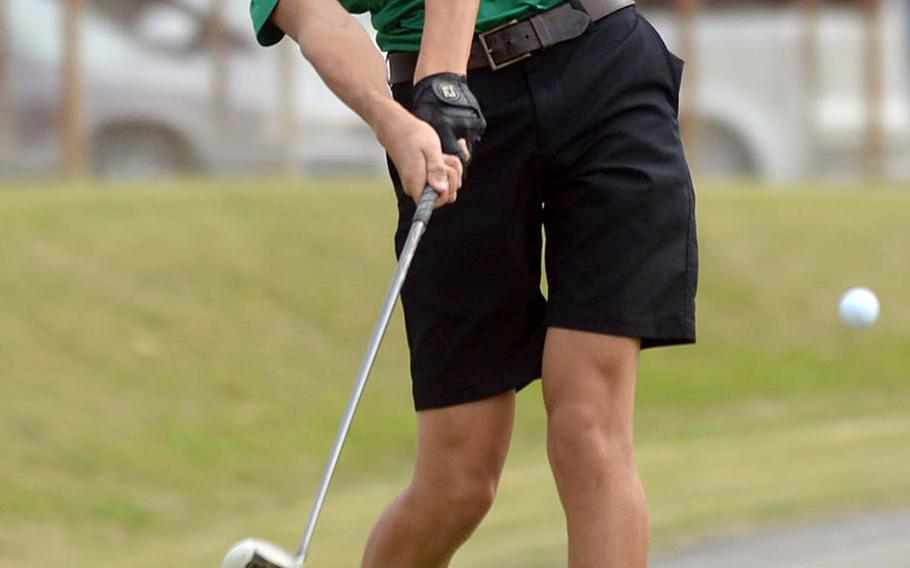 Buy Photo
Kubasaki senior Bryce Tobin has gone back and forth with his Kadena upperclass counterpart Beau Black all season, and will battle him Tuesday at Kadena's Banyan Tree Golf Club in the Okinawa district championship. (Dave Ornauer/Stars and Stripes) 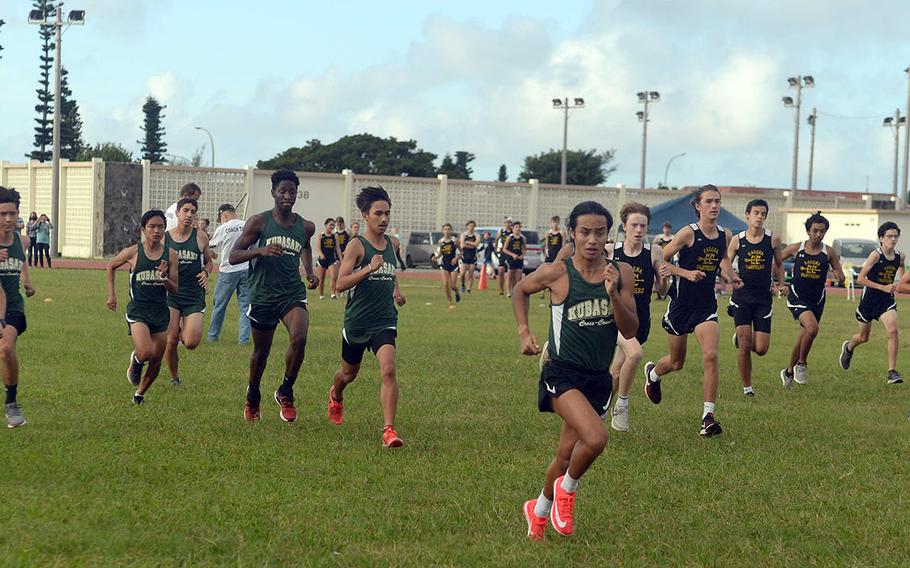 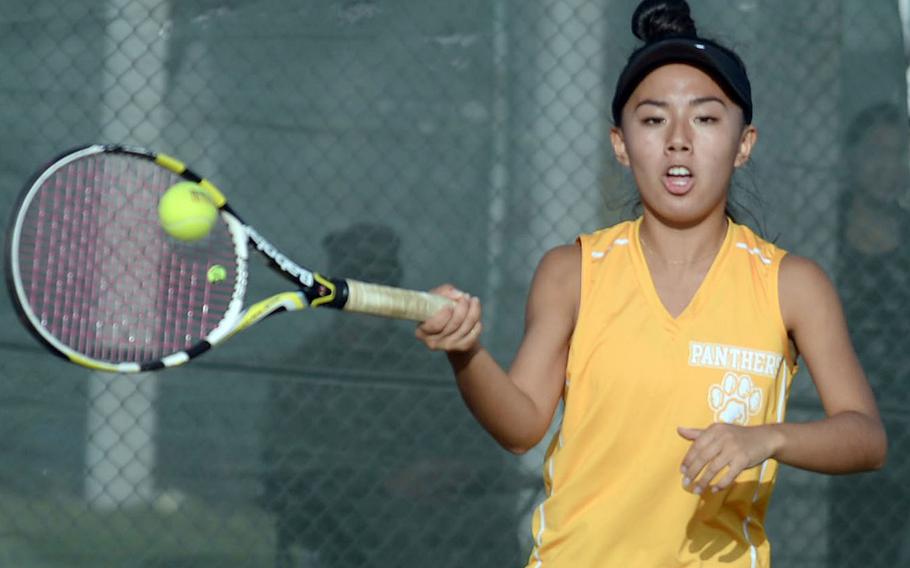 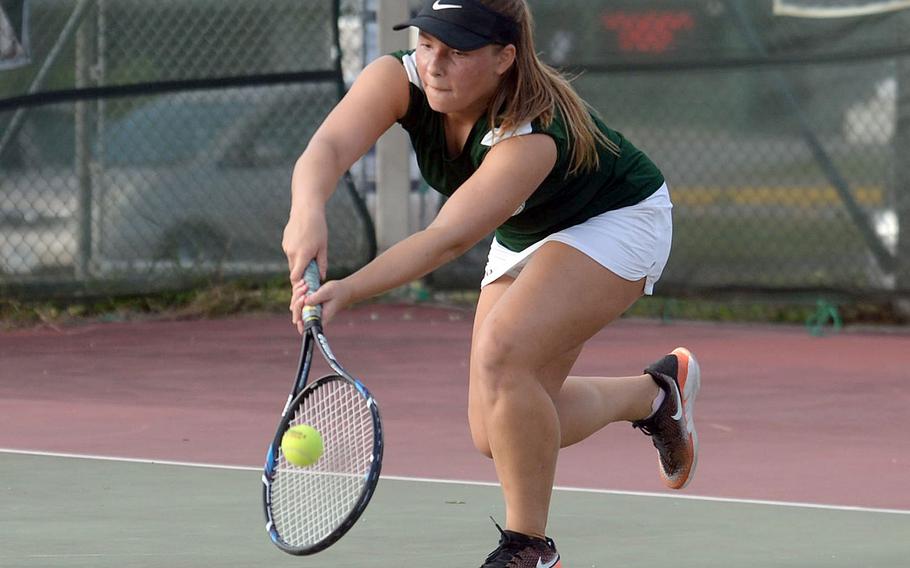 CHIBANA, Okinawa – There they were, Bryce Tobin and Beau Black, back in their customary 1-2 spots following another Thursday round on one of Okinawa’s military golf courses.

Next time the seniors meet, it will be on a Tuesday for the first time this season, with Okinawa district bragging rights on the line at Kadena Air Base’s 6,369-yard, par-72 Banyan Tree Golf Club.

“Me and Bryce have been head-to-head all season and we’ve both made game-winning putts on each other, so I’m excited to play him one last time,” said Black, of Kadena. He beat Tobin in match play to open the season Oct. 7; Tobin answered in team stroke play the last two weeks.

“Golf is such a dynamic game,” he said. “You can have a great (day) one week and a terrible (day) the next. We’ll just have to see next week.”

The tennis and golf matchups also serve as the final events of the season as there are no Far East golf championships and the tennis equivalent was canceled this year due to concerns of spreading the coronavirus.

Tobin, Black and the full Panthers and Dragons rosters will go at it Tuesday on Banyan Tree’s back nine.

It’s a monster, with the 581-yard, par-5 10th leading it off, where you either risk driving over trees and brush toward a green you can’t see from the tee or play it safe, drive to the right but much further from the green, at which point a bogey-6 is considered a good hole.

Par-3 short holes at Chibana “aren’t really my strong suit,” Black said, “so going back to holes where I can take advantage of hitting farther is going to be interesting.”

Black outdistanced Tobin 45-54 in team stroke play in the rain on Nov. 7 at Banyan, the only time they played that course this season. “Next week, there’ll be a few players who’ve had no experience playing that back nine,” Tobin said.

The Okinawa cross country championship on Nov. 20 will also serve as the Kadena and Kubasaki entries into the virtual Far East championships as the event will be filmed and sent along as DODEA compiles results to determine champions.

Elsewhere in cross country, Daegu on Saturday hosts the second of three scheduled DODEA-Korea meets. It will be the last one for Warriors coach Kevin Anglim before he transfers to his new post at Matthew C. Perry’s assistant principal.