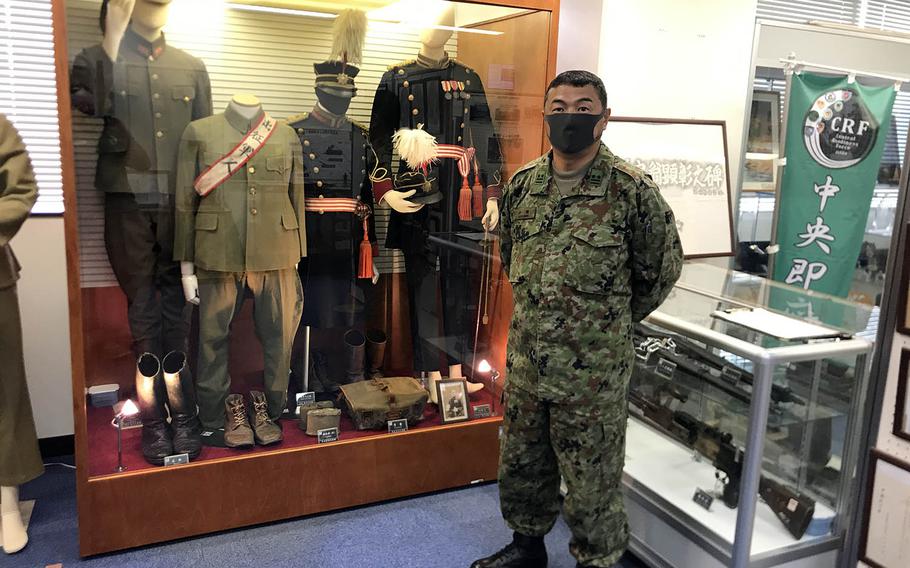 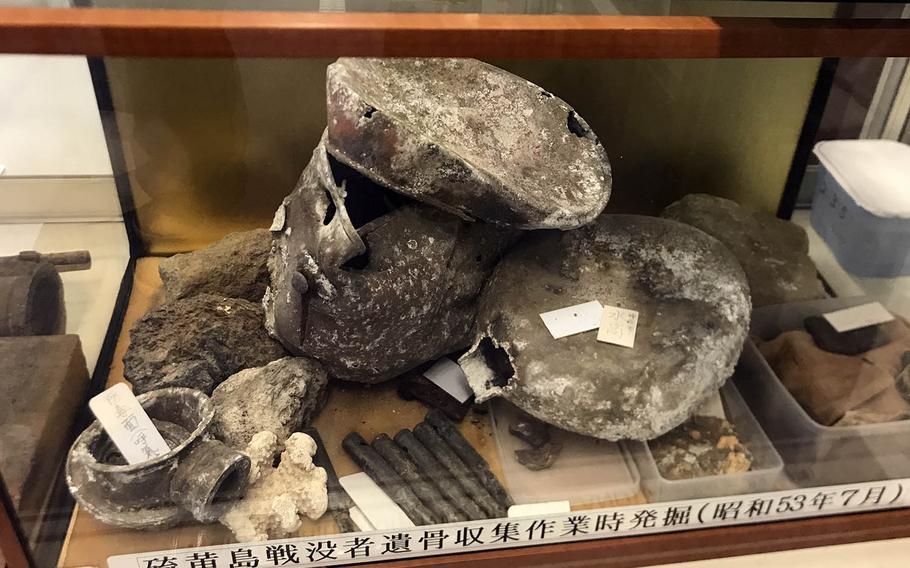 Buy Photo
Bullets and bomb fragments from the Battle of Iwo Jima are on display inside the Imperial Japanese Army Academy museum at Camp Zama, Japan. (Seth Robson/Stars and Stripes) 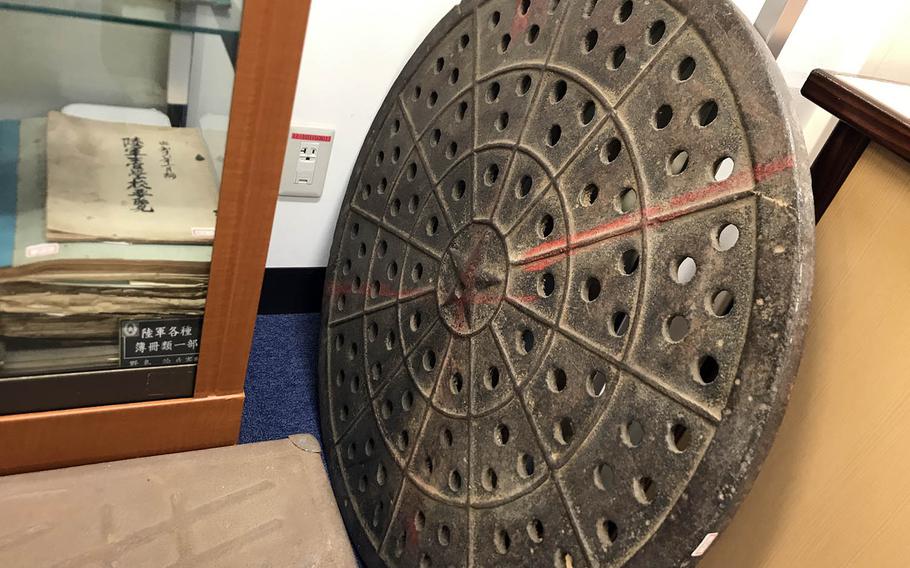 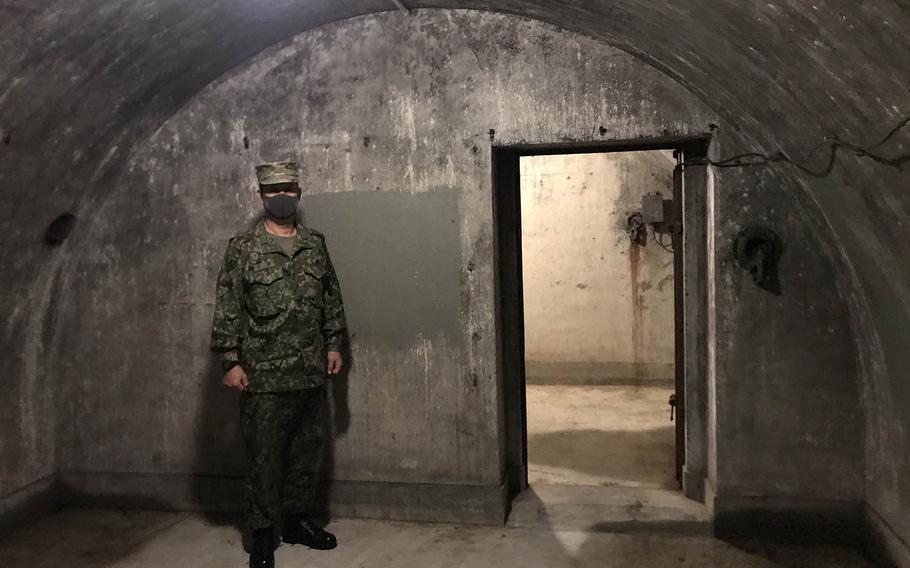 During World War II, the camp that serves as the modern-day headquarters for U.S. Army Japan was Japan’s version of West Point.

The Imperial Japanese Army Academy, which operated on the site of Camp Zama in Kanagawa prefecture west of Tokyo, trained 22,000 officers from 1937-45. The history of the camp is being preserved by Japan Ground Self-Defense Force troops who serve there today alongside American soldiers.

A collection of relics housed in a small museum near the camp’s gas station is curated by Warrant Officer Daisuke Chiba, 51. The collection has been at the camp for decades but moved to its current spot two years ago.

Mannequins in the museum wear World War II-era cadet clothing, including ceremonial uniforms. Weapons on display include a 7.62 mm machine gun used by the JGSDF in the 1960s and replicas of carbines used by Japanese troops in the 1930s and ’40s.

A model of the camp as it was in the 1930s shows rows of barracks. There are photographs of troops training and of the academy’s five commanders. There’s also one of Hiroshi Nishimura, an ordinary cadet. Now 91, he’s still a regular visitor, Chiba said.

Emperor Hirohito attended the graduation ceremony for some of the first troops to study there in 1937. There’s still a photograph at the camp of him riding past troops on his white horse, Shirayuki.

One of the academy’s most famous graduates was Park Chung-hee, who served as a general in the South Korean army during the Korean War and president of South Korea from 1962 to 1979.

There’s a display of sake cups bearing the Imperial Japanese Army symbol — a star — and rising sun flag. A shelf holds medals, including one awarded to troops who served in Manchuria, which Japan invaded in 1931 and occupied until 1945.

There are old German military books about “Krieg” (war) on display, reminders of a time when Japan was one of the Axis powers along with Germany and Italy.

One cabinet includes relics from the battlefield at Iwo Jima, where a Japanese garrison of 21,000 defenders suffered at least 18,500 deaths from combat against U.S. Marines. It includes a bayonet, bullets, bomb fragments and a canteen.

A painting in the museum shows Hirohito and Japanese political and military leaders accepting the Potsdam declaration that set the terms of Japan’s surrender in 1945.

Half of the Zama museum is devoted to Japan’s modern-day military and includes a desert camouflage uniform worn by Japanese troops in Iraq and photographs of soldiers assisting during national disasters, including the earthquake and tsunami that struck Japan’s east coast in 2011.

The history of Camp Zama isn’t all inside the museum. Graduation ceremonies were held inside the camp theater, which is still in use. Some of the manhole covers on the base date to World War II and still bear the Imperial Army star. There’s a memorial that Hirohito dedicated beside the theater, and behind it a bunker where the emperor could take shelter during an air raid.

The academy was abolished along with the Imperial Japanese Army at the end of 1945.

Imperial Japanese Army Academy MuseumDIRECTIONS: On Camp Zama, the museum is on the ground floor of building J-14, across the road from the Army and Air Force Exchange Service gas station on Camp Zama.

COSTS: Entry is free for those with base access.

FOOD: None, but the exchange food court is a short walk away.