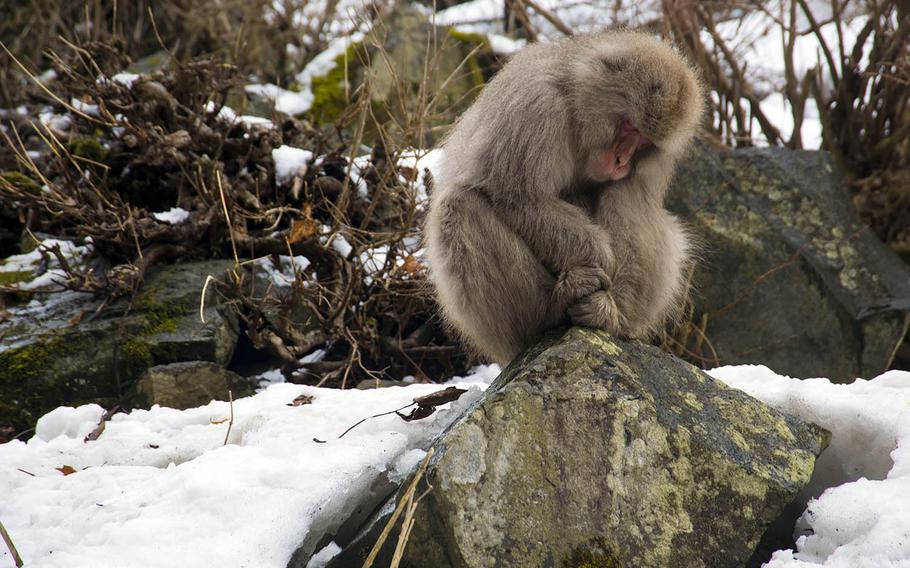 Buy Photo
Winter is the most popular time to visit the snow monkeys at Jigokudani in Nagano, Japan, but you can see them during warmer months, too. (Theron Godbold/Stars and Stripes)

Buy Photo
Winter is the most popular time to visit the snow monkeys at Jigokudani in Nagano, Japan, but you can see them during warmer months, too. (Theron Godbold/Stars and Stripes) 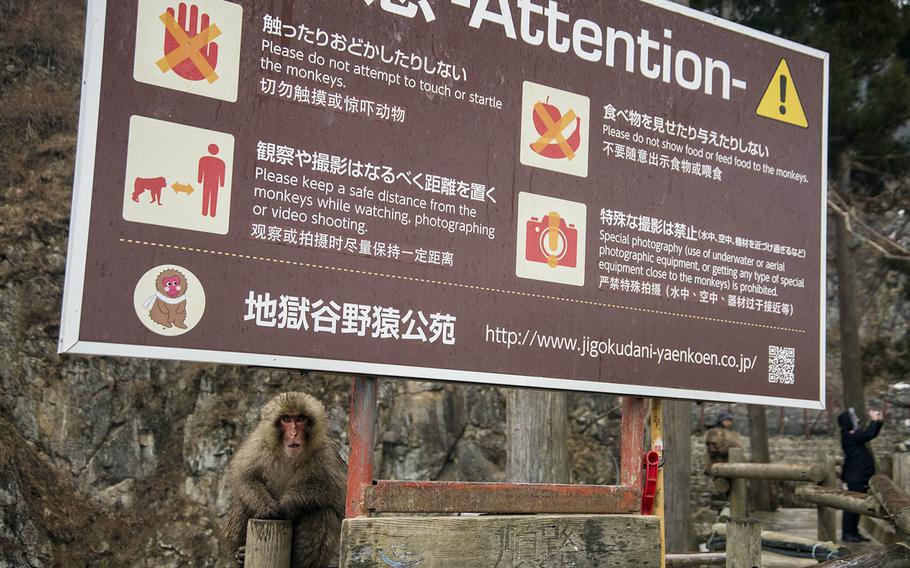 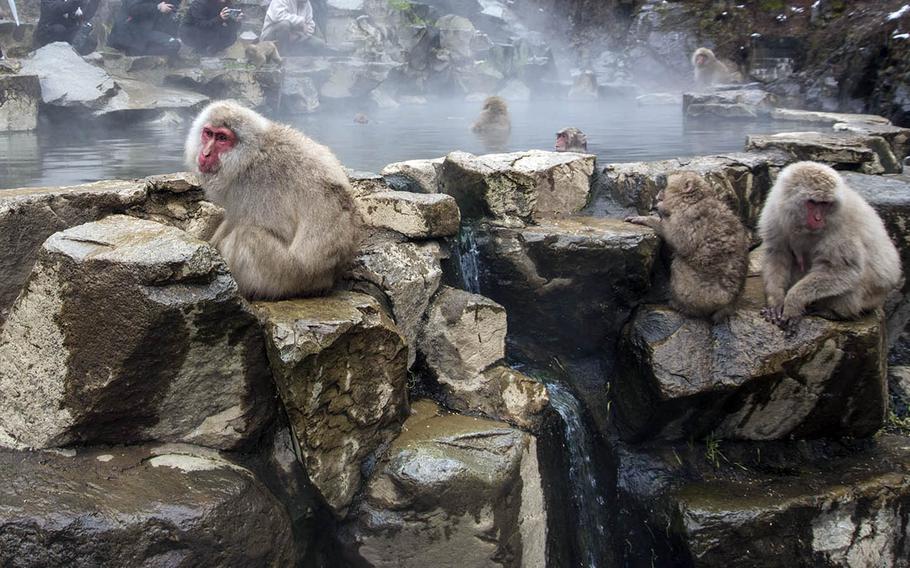 The name Nagano might bring to mind ski slopes, snowboarding and the 1998 Olympic Winter Games, but it’s just as well known for its snow monkeys and hot springs.

In the northern part of Japan’s Nagano prefecture lies Hell Valley, so named for the steam and bubbling hot water that issues from the ground in some places. Here, you’ll find the famous bathing Japanese macaques, or snow monkeys.

Established in 1964, Jigokudani Yaen-Koen, or Wild Snow Monkey Park, is home to a unique troop of Japanese macaques that enjoy a bath in the cooler months of the year. The park has built a small pool fed by a hot spring where the monkeys soak regularly in the winter months.

While the winter months will always remain the ideal time to check out the monkeys, they’re still worth visiting in offseason months. With lush greenery filling the woods around the park, the trails leading throughout are a natural beauty. Visiting in the offseason also has another benefit: fewer tourists. During winter, Nagano fills up with tourists and skiers taking up many of the sleeping and parking spots.

Approaching the site is an experience out of a 1960s sci-fi B-movie. You’ll hear their hoots and screams before you come upon the monkeys in their bath. They pay little attention to tourists as they carry on their monkey ways: eating, sleeping, playing and other important monkey tasks.

Getting to the park can be a trek from the Tokyo area. A drive without tolls takes about five hours; with tolls, about 2½. By train, the trip is about 2½ hours, followed by a 15-minute bus ride from Yudanaka Station to the drop-off point.

From the parking lot, it’s a walk of just over a mile to the park entrance and from the bus stop, it’s 10-15 minutes.

You’ll find tourist-friendly restaurants at either the parking lot or bus stop serving basic Japanese fare such as curry and other favorites. Don’t take any food outside those areas. Not only is eating and walking a breach of Japanese etiquette, but feeding the monkeys is forbidden.

Uphill from the parking lot past the restaurants and small souvenir shops, you’ll find the start of a gravel-covered trail. A sign overhead reads, “Jigokudani Yaen-Koen entrance ahead, 1.6 km.”

After a stroll of maybe 45 minutes through a dense, beautiful cedar forest, you’ll come to the park entrance. Admission is about $8 for adults and a little less than $4 for children.

Spend as much time as you would like on the park’s multiple paths, which will take you across the river to the hot spring where the bathing monkeys splash and play and generally monkey around.

For those who aren’t able to visit the park in person because of coronavirus-related travel restrictions, the park provides daily blog updates on the state of the park, the monkeys, photos, videos, and a livestream from their website.

The livestream swaps between several areas where monkeys tend to gather. Viewers are bound to see several red-faced monkeys relaxing and taking a dip in the hot springs. Check it out here: jigokudani-yaenkoen.co.jp/livecam2/video_en.php.

FOOD: Food is not available on site, but you’ll find many restaurants near the parking and bus drop-off areas.