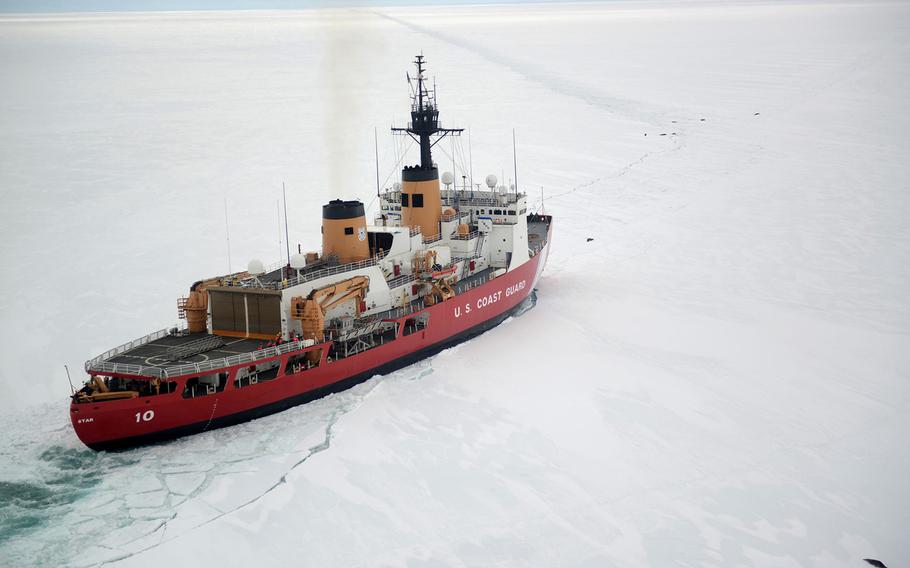 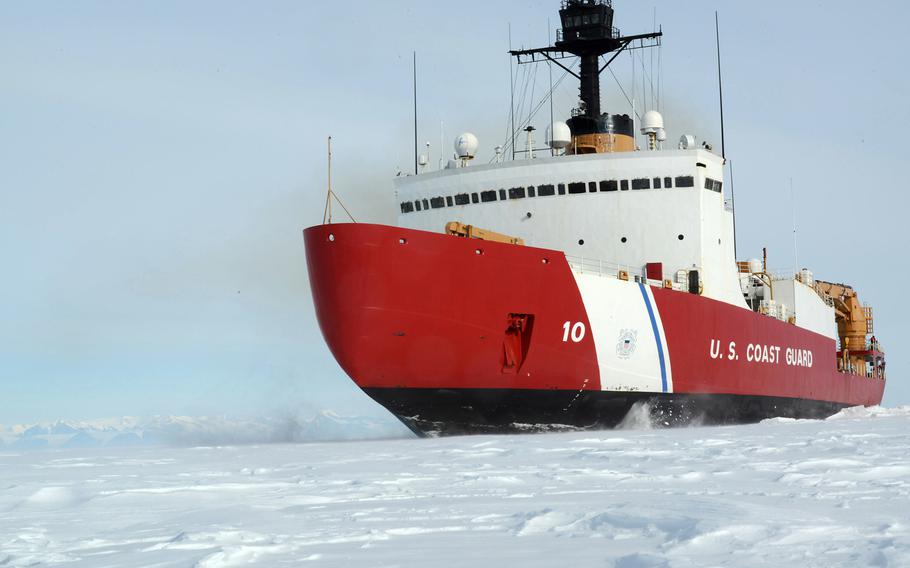 The Coast Guard cutter Polar Star, with 75,000 horsepower and weighing 13,500 tons, was designed more than 40 years ago, but remains the world's most powerful non-nuclear-powered icebreaker. (David Mosley/U.S. Coast Guard) Congress has restored more than $650 million in funding for new Coast Guard icebreakers that Homeland Security had diverted last year to build a border wall with Mexico.

Funding for the service's first new heavy icebreaker in 40 years, which military leaders say is vital in competing with Russia and China in the Arctic region, is part of the $333 billion spending bill Congress approved and President Donald Trump signed last week to avoid another government shutdown.

Under the spending package, the Coast Guard will receive $655 million to begin building an icebreaker to replace the aging Polar Star — its only working heavy icebreaker — and $20 million more to begin buying materials for a second such vessel, lawmakers said last week.

“With the support of the administration and Congress, we plan to build a new fleet of six polar icebreakers — at least three of which must be heavy icebreakers – and we need the first new Polar Security Cutter immediately to meet America’s needs in the Arctic,” the Coast Guard said in a statement to USNI News.

The back-and-forth funding reflects divided politics in Washington, which has seen the longest government shutdown in history — 35 days — as lawmakers wrangled over the border wall, one of Trump’s key campaign promises.

The GOP-controlled House last year approved diverting $750 million earmarked for icebreakers toward building the wall. But most Democrats, who took control of the House after last fall’s midterm elections, oppose the wall.

The legislation that restored most of the icebreaker funding was part of a bipartisan effort to avoid another shutdown and fund the government through September. It cleared both chambers Thursday, though House Republicans largely voted against it.

Voicing her support of the measure on the Senate, West Virginia Republican Sen. Shelley Moore Capito, chair of the Homeland Security Appropriations Subcommittee, said funding for the icebreakers is critical to homeland security.

The new funding will help build up a capability that enables the U.S. to maintain “defense readiness, support the enforcement of treaties and other laws needed to safeguard both industry and the environment, and protect U.S. sovereign interests in the High North,” said Rep. Peter DeFasio, D-Ore., chair of the House Committee on Transportation and Infrastructure.

Various nations are eyeing the Arctic region with greater interest as a warming climate melts ice caps and opens up access for military, commercial and research vessels. But even as the ice caps weaken and shrink, ships still must carve out passageways.

The Coast Guard currently has one operational heavy icebreaker and one that is inoperative. Both have exceeded their 30-year service lives. The service also has a medium icebreaker and a research vessel with light ice-breaking ability.

This fleet is miniscule compared to 40 icebreakers Russia has amassed. Moscow has raised alarms by declaring plans to expand its Arctic domain.

“Russia has claimed natural resources and territories in the Arctic that exceed its international rights and is investing in ice-capable military assets to back up that claim,” eight House lawmakers said in a letter last year.

China, which aims to create an Arctic trade route known as the “polar silk road,” has two heavy icebreakers and plans to acquire more.

The Arctic region is believed to hold an estimated 13 percent of the world’s untapped oil reserves, 30 percent of its natural gas and vast mineral resources, according to U.S. Geological Survey estimates.

“This is about national security — we need to protect our territorial sovereignty against Russians and Chinese encroachment and safeguard our access to commerce,” said Rep. Sean Patrick Maloney, D-N.Y., chair of the House Subcommittee on Coast Guard and Maritime Transportation.

“We haven’t commissioned a new Polar Security Cutter in over 40 years, but that’s going to change thanks to the funding bill — it’s long overdue.”