Ramstein airmen, Landstuhl soldiers drill on treating ‘one of the most difficult patients’ — a burn victim 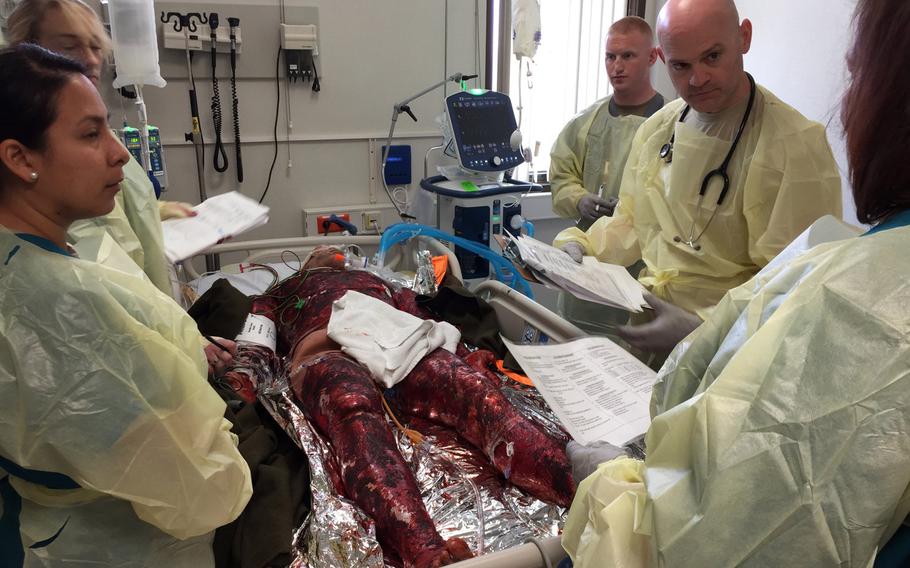 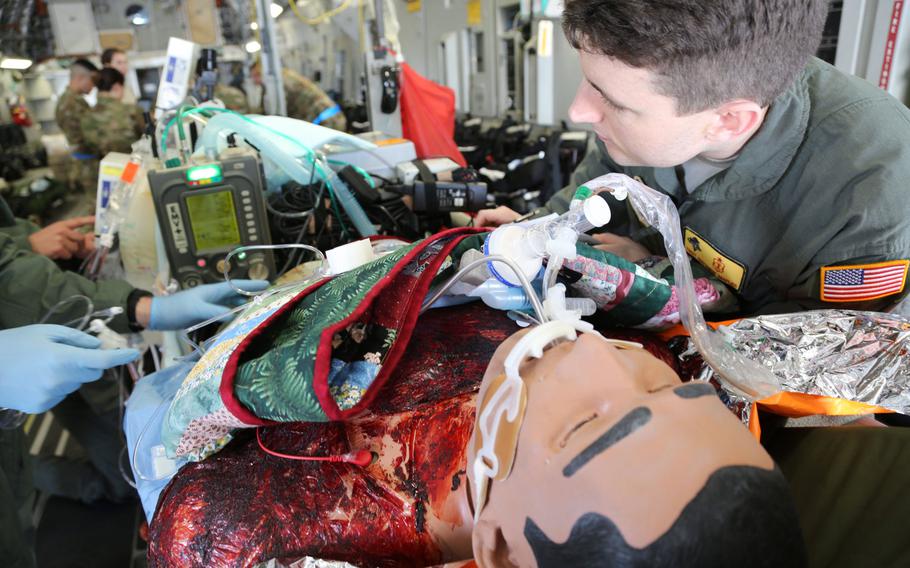 Buy Photo
An Air Force respiratory technician checks the vitals of a medical mannequin at Ramstein Air Base during a training exercise simulating the evacuation of severely-burned victims. According to a report Jan. 10, 2018, the Army, Navy and Air Force are finalizing plans to eliminate over the next few years more than 17,000 uniformed medical billets — physicians, dentists, nurses, technicians, medics and support personnel. ( Will Morris/Stars and Stripes) 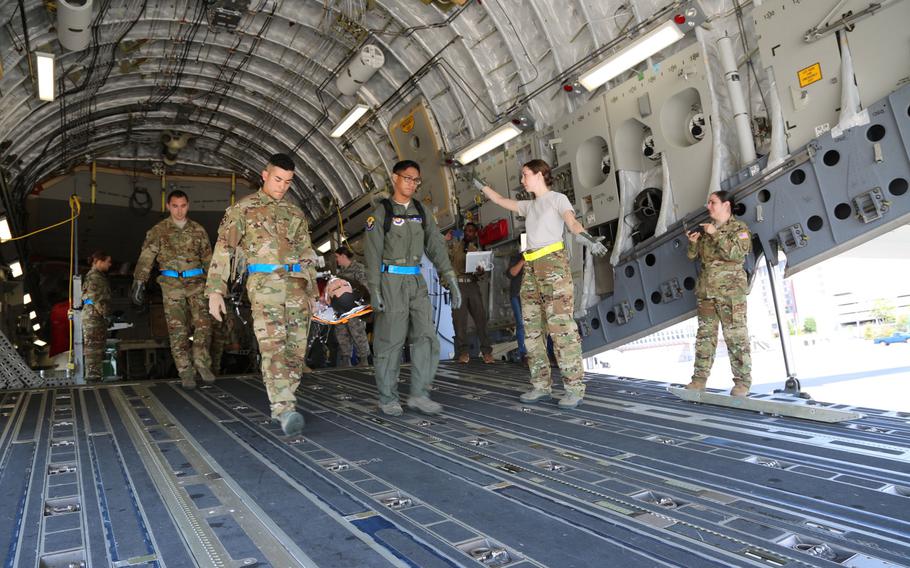 Buy Photo
A group of airmen carry a medical mannequin to an ambulance during a training mission at Ramstein Air Base. The mission simulated the evacuation of two seriously burned victims of a terrorist attack in Africa. ( Will Morris/Stars and Stripes)

KAISERSLAUTERN, Germany — The fictional training scenario — a terrorist bombing in an African town wounds civilians — gave military medical workers a rigorous course in burn treatment at Ramstein Air Base and Landstuhl Regional Medical Center. The 86th Medical Squadron’s Critical Care Air Transportation Team and the 86th Aeromedical Evacuation Squadron were called in to simulate transport of two serious burn patients, actually a set of computerized medical mannequins, to Landstuhl on Wednesday. After a simulated flight in a C-17 cargo plane, the mannequins were rushed from the tarmac at Ramstein Air Base to the intensive care unit at Landstuhl, where mocked up lines of painkillers, antibiotics, blood and other fluids were checked and adjusted. Maj. Kirk Smith, a critical care nurse with the 86th CCAT Team, said keeping seriously burned victims alive on an evacuation flight can be “a constant fight.” “Burn (victims) are one of the most difficult patients to treat and if you add a head injury to a burn patient, in my opinion, that’s probably the hardest patient you are going to take care of,” Smith said. Medical workers remain focused on infection control and pain management, while maintaining vital signs as a victim’s body starts the slow process of healing itself. “Basically in a burn patient you have lost your skin, which is your primary barrier for infection, and that is part of (temperature) regulation too,” said Army Maj. Sarah Hensley, nurse and officer in charge of the combined intensive care unit at LRMC.morris.william@stripes.comTwitter: @willatstripes