New tank brigade arrives in Europe for mission in the east 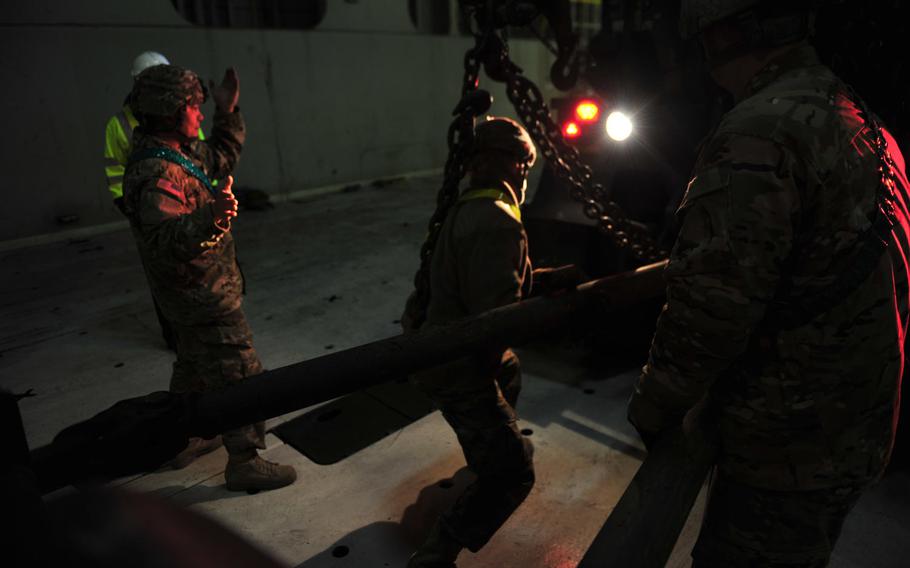 Soldiers pull a forklift off a cargo ship in support of Atlantic Resolve under the 16th Sustainment Brigade in Gdansk, Poland, March 28, 2017. Additional reinforcements from the 2nd Armored Brigade Combat Team, 1st Infantry Division arrived in Gdansk on Wednesday. (Jacob A. McDonald/U.S. Army) 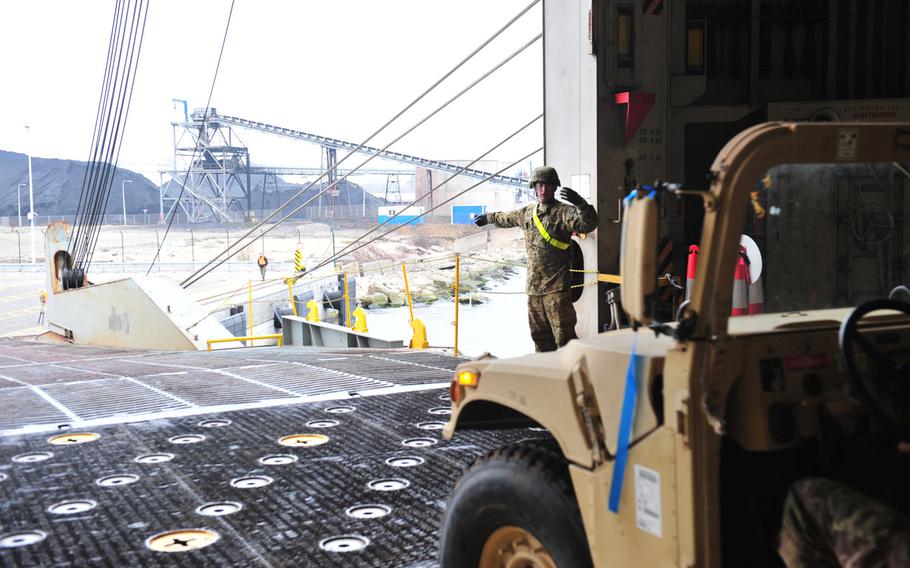 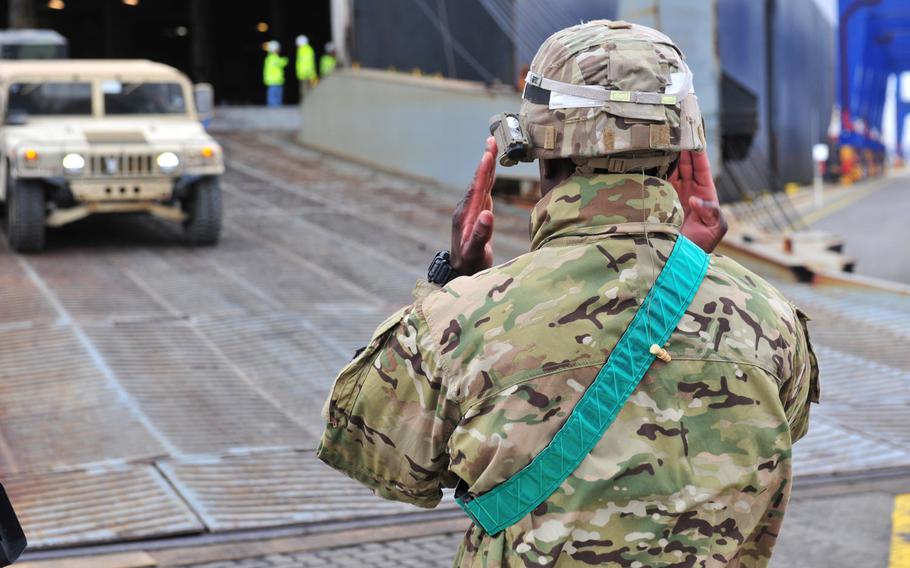 Scores of U.S. Army tanks and other fighting vehicles were offloaded at a port in Poland on Wednesday, touching down on European soil as they begin their push toward NATO’s eastern edges.

The arrival of the 2nd Armored Brigade Combat Team, 1st Infantry Division, in Gdansk is part of the Army’s effort to guarantee the placement of tanks and along with a manpower boost in Europe on a year-round basis. With separate multinational NATO battalions also in position in the Baltics and Poland, the troops and fire power add up to the alliance’s largest reinforcement in the east since the end of the Cold War.

“This will be the first time two armored brigades transition within the European theater sending a full complement of soldiers and equipment into Germany and Poland in support of Operation Atlantic Resolve,” said Master Sgt. Brent Williams, a spokesman for the command element overseeing operations in eastern Europe.

During their nine-month rotation, the Fort Riley, Kan.-based soldiers will ride alongside their counterparts from Fort Carson, Colo., who are nearing the end of their own tenure in Europe.

The arrival of the ABCT, along with a corresponding aviation brigade, serves as the centerpiece of the U.S. military’s enhanced presence in places like the Baltics and Poland, where the units serve to reassure allies worried about a more assertive Russia.

Col. David Gardner, commander of the 2nd Armored Brigade Combat Team, said his soldiers have spent the past year training for the mission in Europe.

“By deploying to Europe and distributing our forces across the region, we provide a tangible and visible presence of the deterrent capabilities available to respond to crises at decisive points,” Gardner said.

For the 3rd Brigade Combat Team, 4th Infantry Division, now wrapping up a nine-month deployment, the mission in Europe has involved countless live-fire drills with allies, which make it one of the most combat-ready units in the service, the unit's commander said.

"The Soldiers of 3rd Brigade have spent their time in theater training at every opportunity,” said Col. Michael J. Simmering, brigade commander. “After numerous live fire exercises and multiple other training events, our team is arguably the most lethal armored brigade in the Army.”

In the coming weeks, the 3rd Brigade will remain in the lead, sharing lessons with the new soldiers as they gradually transition to the new mission.

When the 2nd Brigade is “ready to fight,” the 3rd Brigade will mobilize for its long haul back to Fort Carson, sending the unit’s tanks and combat vehicles over the Atlantic Ocean, Williams said.

The arrival of the Fort Riley unit in Europe means that USAREUR will again get a chance to test the logistics of moving large forces from the U.S. across the Atlantic, moving by sea and land as soldiers convoy to various locations.

The dispatching of U.S. and Germany-based Army units on far-flung missions around Europe has been part of a larger effort to test transportation infrastructure, finding potential bottlenecks and diplomatic clearance obstacles that can slow the movement of forces. USAREUR’s Lt. Gen. Ben Hodges has repeatedly urged NATO allies to establish a free-travel zone in Europe for such military convoys to make it easier to mobilize in a crisis.

The latest nine-month rotation of soldiers will again disperse troops along NATO’s eastern flank. Spc. Dwayne Tatum, an infantryman with the 2nd brigade, will spend much of his time in Romania. “I think this is something new, especially when you compare it to being in the desert,” Tatum said.