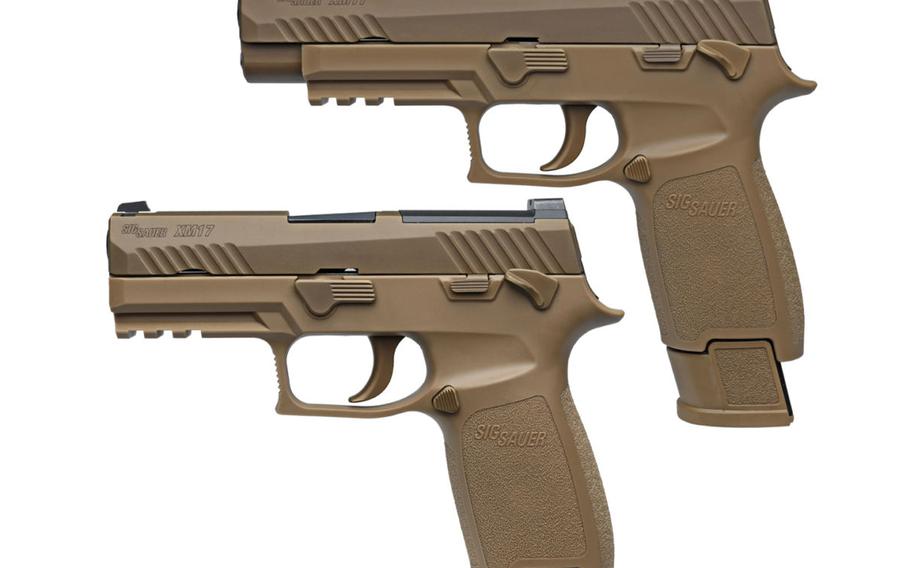 Sig Sauer's P320 will be the model for the Army's standard sidearm for the next decade, replacing the Beretta USA-made M9 9-millimeter pistol. (Sig Sauer) 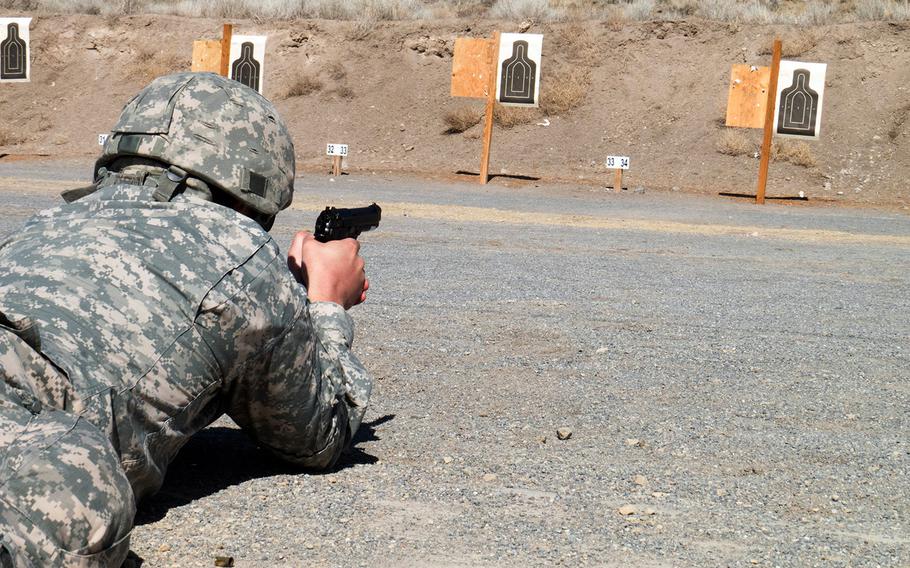 The dismissal earlier this month of a bid protest by firearms maker Glock Inc. over a $480 million handgun contract clears the way for the Army to begin using its newest version of sidearm in more than 20 years.

On Friday, the Government Accountability Office, which reviews protests to federal contract awards, announced that on June 5 it had dismissed Glock’s claims that, among others things, the Army improperly evaluated the firearms maker’s proposal and that the solicitation intended that multiple contracts be awarded.

In January, the Army announced New Hampshire-based Sig Sauer would supply its standard sidearm for the next decade, replacing the Beretta USA-made M9 9-millimeter pistol, which has been in service since 1995.

(Read the full decision at the bottom of this story.)

“Overall, despite the evaluation errors uncovered in the course of this protest, we have no basis to conclude that Glock would have a substantial chance at an award,” the GAO’s decision concluded. “Even when the errors are considered together, we find no prejudice to Glock.”

The award had followed an industrywide competition, with nine manufacturers submitting bids, including Beretta and FN America.

The proposals by Glock and Sig Sauer were considered the two finalists, the GAO decision said.

Sig Sauer’s bid of $169 million was roughly $100 million less than Glock’s, but what put it ahead, as far as the Army was concerned, was the “outstanding” rating Sig Sauer received for its manufacturing plan and ammunition licensing, the GAO said.

The Army sidearm to be supplied by Sig Sauer is based on the firm’s P320 pistol, using a modular system with interchangeable grips and caliber sizes. The contract also includes accessories and ammunition.

Soldiers were expected to begin using the Sig Sauer pistols this year, though the bid protest likely delayed that timeline.

The P320-model pistol was first marketed three years ago. It is striker-fired, meaning it has no external hammer. Its internal polymer spring-loaded firing pin is a highly sophisticated version of the launcher on a pinball machine that propels the ball into play.