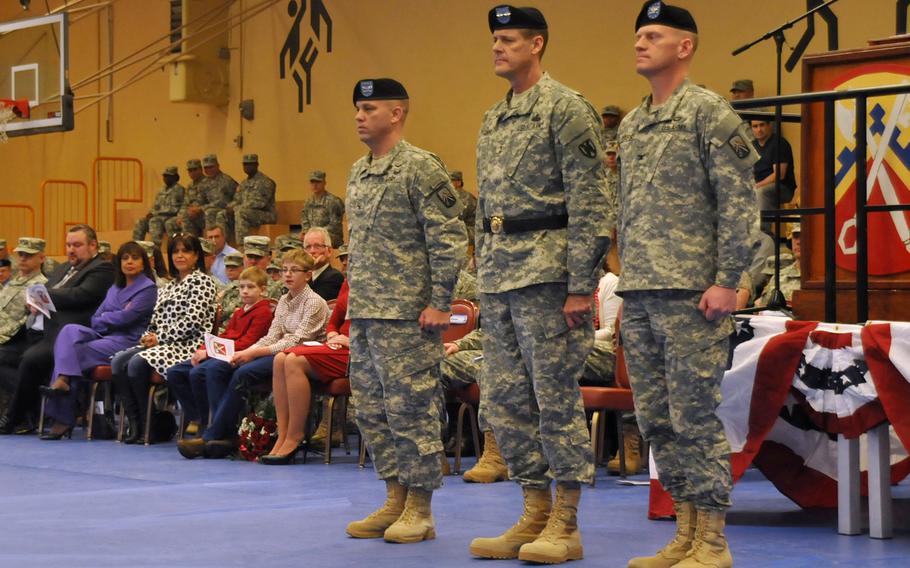 Murray, who began his Army career in 1986 as an enlisted helicopter repairman, replaces outgoing commander Col. Darren Werner, who is headed for a position with Army Materiel Command at Rock Island Arsenal in Illinois.

The brigade, part of the 21st Theater Sustainment Command, has spent the last year moving its headquarters from Bamberg to Baumholder as part of the U.S. Army’s ongoing transformation in Europe.

Much of the move was completed while the brigade’s headquarters staff was deployed to Afghanistan, where they were tasked with helping Afghan forces build up their logistics capabilities. The Afghans’ lack of logistical know-how has been a major stumbling block for their army and police as they take the lead in operations across the country.

After nine months in Afghanistan, the brigade’s leadership redeployed to Bamberg at the end of July and has since relocated to Baumholder. The unit’s Special Troops Battalion is also located in Baumholder, while two other subordinate battalions, the 39th Transportation Battalion and 18th Combat Sustainment Support Battalion, are stationed in Kaiserslautern and Grafenwoehr respectively.

Murray, of Ada, Okla., was assigned to a predecessor of the 16th Sustainment Brigade — the 16th Corps Support Group — in the 1990s. He recently completed a master’s in national security and strategic studies at the U.S. Naval War College, and is married with two children.