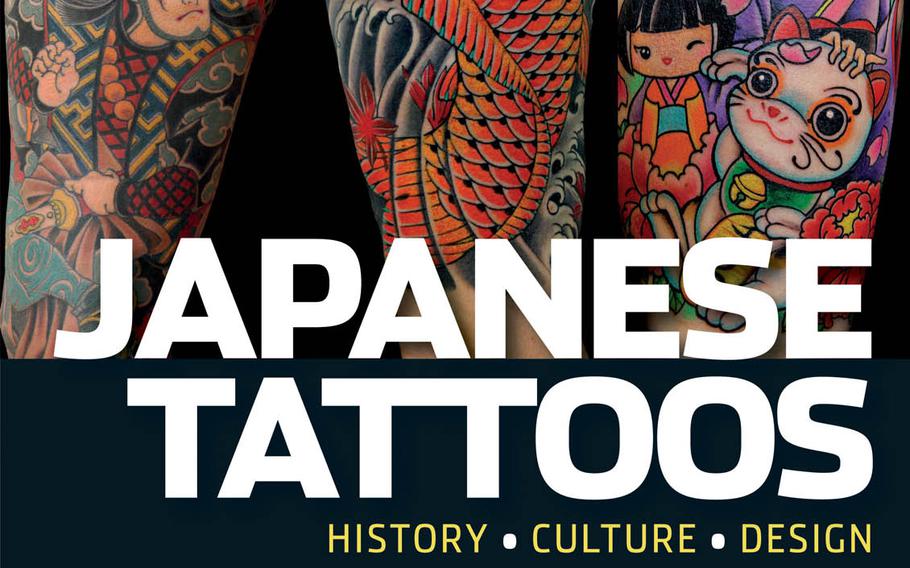 "Japanese Tattoos: History, Culture, Design" by Osaka journalist Brian Ashcraft is a photo-heavy book that traces the history of Japanese tattooing, putting the iconography and kanji symbols in their proper context to give readers a deeper understanding of the artform. (Courtesy of Brian Ashcraft)

"Japanese Tattoos: History, Culture, Design" by Osaka journalist Brian Ashcraft is a photo-heavy book that traces the history of Japanese tattooing, putting the iconography and kanji symbols in their proper context to give readers a deeper understanding of the artform. (Courtesy of Brian Ashcraft) 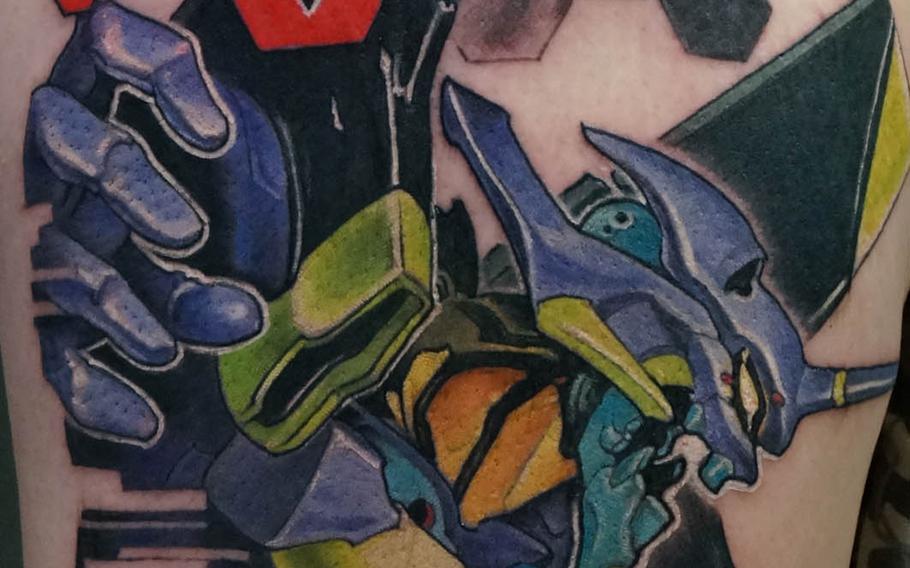 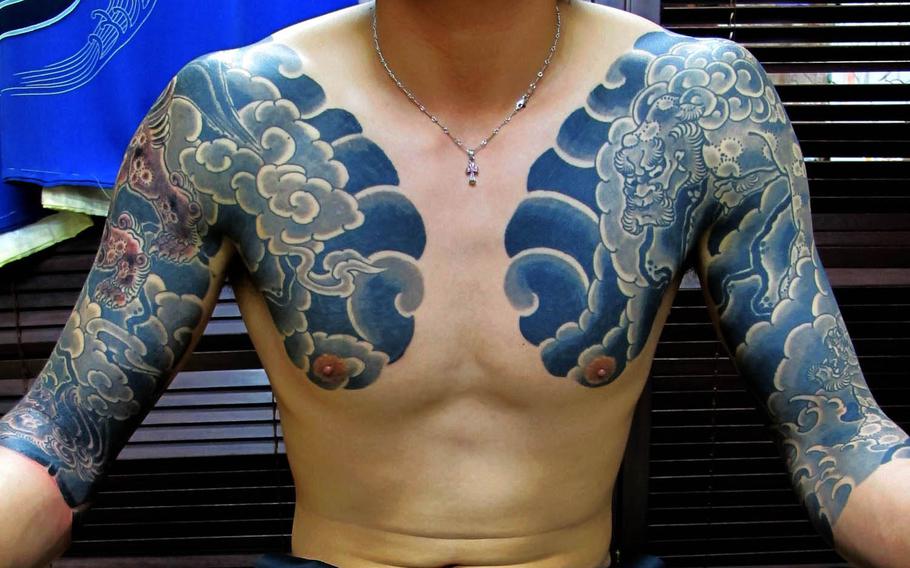 "Japanese Tattoos: History, Culture, Design" aims to make readers more knowledgeable about Japanese tattoos whether they want to get inked or if they are interested in Japanese art and culture. (Courtesy of Brian Ashcraft) 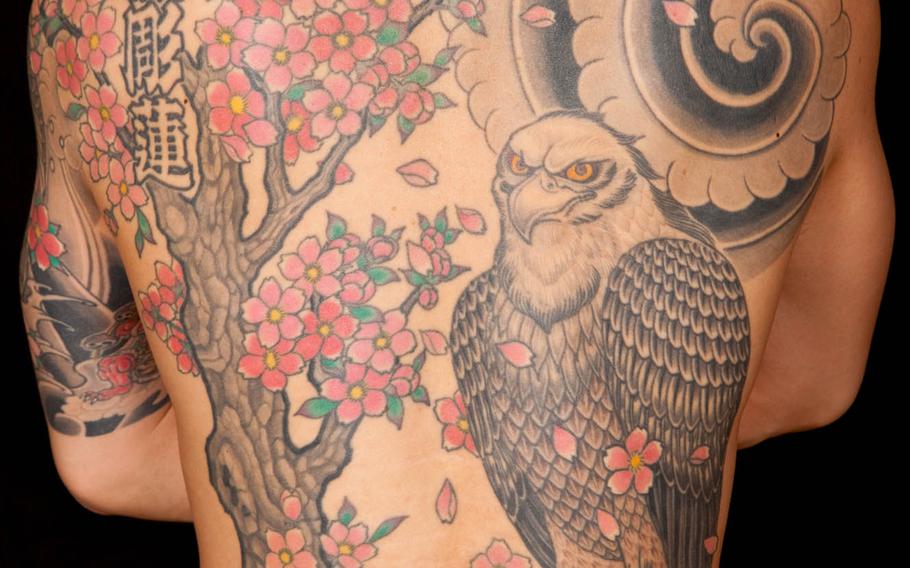 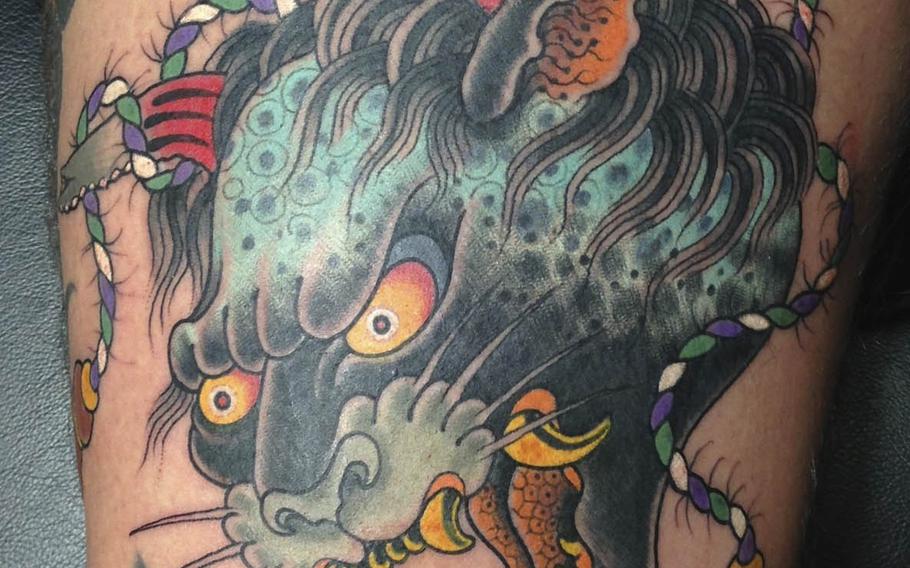 “Thinking of getting a Japanese-style tattoo? Want to avoid a permanent mistake?” asks the back cover of “Japanese Tattoos: History, Culture, Design,” a new photo-heavy book that offers an insider’s look at the complicated world of Japanese body art.

This informative, well-researched and beautifully designed paperback by Osaka-based journalist Brian Ashcraft and tattooist Hori Benny takes readers deep into the history of irezumi, or Japanese tattoos, while helping them avoid getting ink they don’t understand – or worse, that they’ll regret.

“In recent years, bad kanji [Japanese writing that uses Chinese characters] tattoos have become a cliché,” Ashcraft writes in the book, which mentions classic flubs such as a woman who unwittingly had the kanji for “ugly” inked onto her back, thinking it meant “friendship.”

“Japanese writing is beautiful, with flowing characters and pictograms,” says the book, which adds that it’s “easy to see why so many tattooists outside the country often make mistakes when working with Japanese script: the language is complex, and incorporates several different writing systems.”

“Japanese Tattoos” attempts to combat the problem by providing basic language primers and a variety of tips, though many of them – “do your research,” for instance – should be self-explanatory.

Still, the authors do a good job of revealing a host of problems – along with possible solutions – that can pop up when interpreting kanji, while reminding readers that even native Japanese speakers sometimes struggle with the complicated characters.

The 160-page book, which features more than 350 color photos, also delves deep into the history of irezumi and how the role of tattoos has fluctuated in Japanese society, from their early use as a punishment for criminals to modern-day expressions of ideas, feelings and individualism.

“Japanese Tattoos” discusses the connotations of common irezumi motifs, such as flowers, plants, animals and mythological beasts. It’s fascinating to learn the differences between Japanese and China dragons and the meanings behind a variety of traditional images. Cherry blossoms, for example, symbolize beauty and the fragility of life.

Ashcraft and Benny also include interviews with top Japanese tattooists and their clients, who reveal the stories behind the artwork. One of the most notable profiles is of Horiyoshi III, Japan’s most famous tattooist, who performed a tebori, or hand-poked tattooing, demonstration at Yokota Air Base in western Tokyo last summer. It’s fascinating to learn about the artist’s beginnings as an apprentice, and his opinions on “traditional” tattooing, which he says can no longer exist in Japan. “Japanese Tattoos” also delves into the history behind Japan’s tattoo bans – a hot topic for many Japan-based U.S. servicemembers who find themselves turned away at some of the nation’s hot springs, public baths and swimming pools. Many of these establishments won't serve customers with body art because of their association with yakuza, Japan’s organized-crime syndicate.

Overall, “Japanese Tattoos” provides an entertaining and informative analysis of the art form’s history, culture and design. Even someone without body art could easily become engrossed by this glimpse into the very private world of irezumi, where those who wear these deeply personal tattoos often keep them strategically hidden from the outside world.

One caveat: the book includes quite a bit of backside nudity to show off the models’ body art. All of the photos were taken in good taste, but those offended by bare buttocks might want to avoid this title.

“Japanese Tattoos” is available for $17.95 from Tuttle Publishing, and can also be downloaded on Kindle devices.