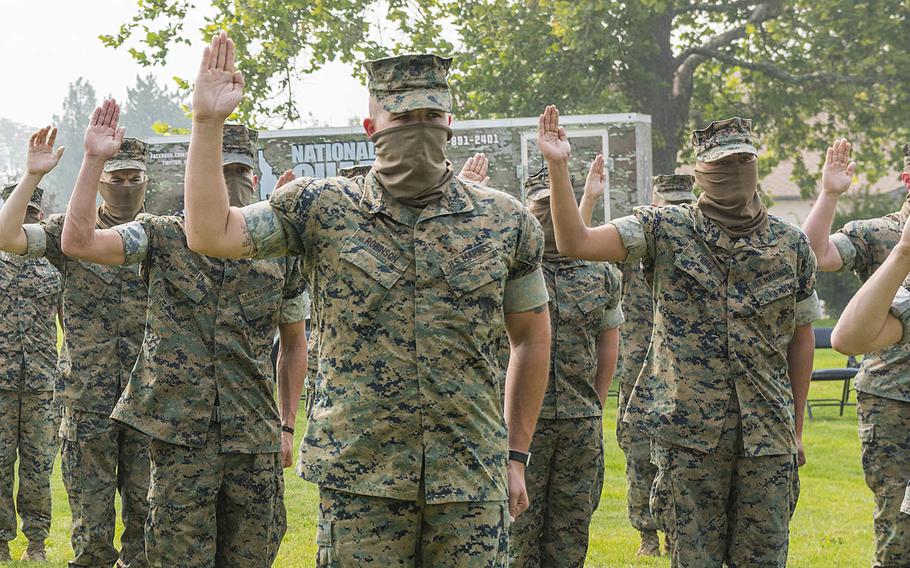 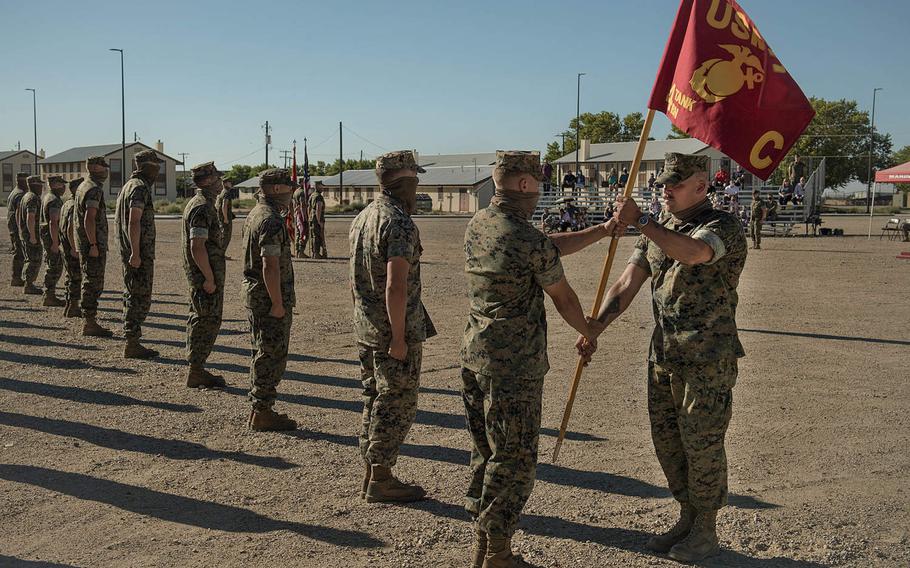 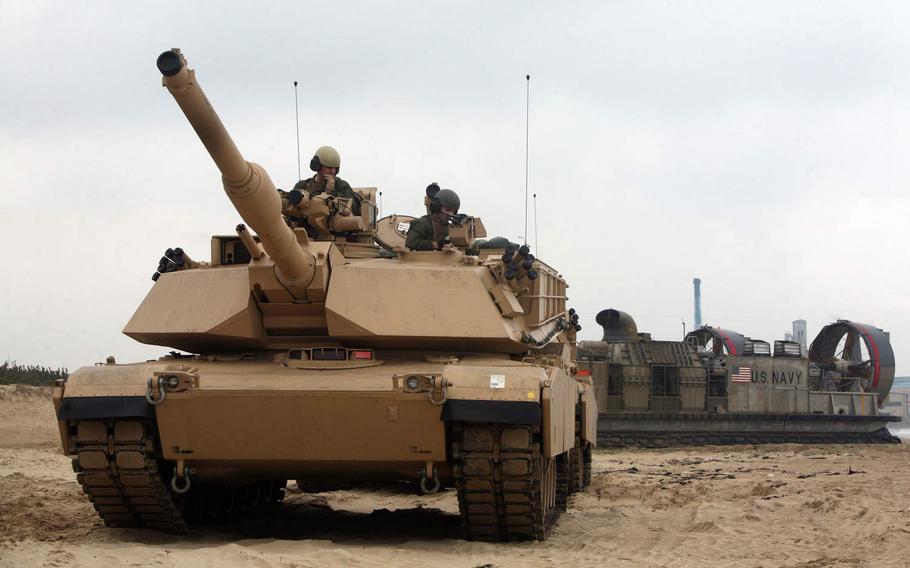 Over three-dozen former Marine Corps tank company members became soldiers last weekend, after their prior unit disbanded under a broader plan to redesign the service for more agile naval warfare.

The Marines, dressed in that service’s digital camouflage, gathered Sunday at Gowen Field airport in Boise, Idaho, where they raised their right hands and became Idaho Army National Guardsmen, an online photo and caption showed.

All 39 of those transferring were reservists who’d served in Company C, 4th Tank Battalion, which disbanded a month earlier, the Idaho Army National Guard said in a statement. Ten more from the company joined other states’ National Guard units, it said. A tank company typically has about 80 Marines.

“We tried to match their Marine skill sets to an Army military occupational specialty as much as possible,” said Brig. Gen. Farin Schwartz, commander of the Idaho Army National Guard. “We’ll continue to pay them special attention for the foreseeable future to ensure their transition is as smooth as possible.”

Most were tankers, maintainers or other support personnel, the statement said. About one-third switched to the Guard either to continue working on or in tanks, or to remain in the local area, said 1st Sgt. Craig Wilcox, a Marine quoted in the statement.

The Marine Corps tank company operated M1A1 Abrams main battle tanks, which the service began shipping to logistics hubs to be stored, demilitarized, retired from service or sold to other branches earlier this year.

As the Corps began divesting its three tank battalions in a new 10-year force restructuring effort, some 800 Marines in tank-related job fields were given the option to switch jobs and units in the Corps, transfer to a new branch or, in the case of those with at least 15 years of service, retire early.

Staff Sgt. Kyle Dycus switched to the Guard to stay close to family. After initially wanting to stay in the tank community, he chose to try “a more real-world option for my future,” and switched to information technology.

“I am looking at this from a positive aspect and I am thankful for this new opportunity,” Dycus said in the Guard statement. “Change can often be a good thing.”

Marine Commandant Gen. David Berger announced in March that in order to prepare for adversaries like China, Russia, Iran and others, the Marine Corps would close its tank and law enforcement units, while slashing other cannon artillery, infantry and manned aviation units.

The service, which also plans to trim its strength numbers by about 12,000 over the next decade, will instead invest in light armored reconnaissance units, drone squadrons and rocket artillery, among other changes meant to reshape the service to be lighter and faster for naval engagements.

Company C, which was formed on July 22, 1942, had been based at Gowen Field, the state’s National Guard base, before its Aug. 14 deactivation.

The company fought in the Pacific theater during World War II and in the Korean War. It returned to Boise as a rifle company in 1954, a statement said, and was designated a tank company in 1962. It saw action during Desert Storm and extensive combat in Iraq in 2005, a statement last month said.

A small number of Marines will remain at Gowen Field until a decision is made about future units to be assigned to the site, officials said, and they will continue to host the annual Toys for Tots program and conduct funeral honors for Marine veterans.

The influx of former Marine tankers into the Idaho Army National Guard boosted its total strength by more than 1%, Sunday’s statement said.

“Marines make excellent Soldiers,” Schwartz said in the statement. “They each have the potential to make an immediate impact to their new unit and have already proven to be successful in the military.”