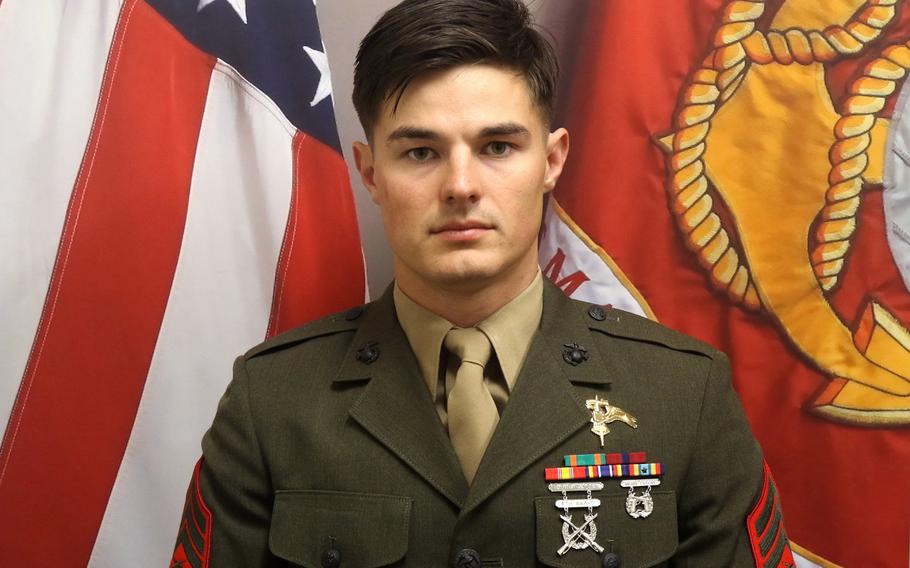 WASHINGTON — The Marine who died after his tactical vehicle rolled over at Camp Pendleton, Calif., was a 29-year-old elite Marine Raider who had deployed twice to the Indo-Pacific Command region.

Staff Sgt. Joshua Braica, a critical skills operator with 1st Marine Raider Battalion, was driving a MRZR tactical vehicle, an ultra-light all terrain utility vehicle, during a unit training exercise when it rolled over Saturday, critically injuring him, according to a statement Tuesday by the Marine Corps Forces Special Operations Command.

He was medically evacuated after the accident to Scripps Memorial Hospital in La Jolla, where he died Sunday evening. Two other Marine Raiders suffered minor injuries from the accident, according to an earlier Marine statement.

The incident is under investigation, according to the Marines.

Braica, originally from Sacramento, enlisted in the Marine Corps in 2010. He deployed in 2011 as an intelligence specialist with the 13th Marine Expeditionary Unit to the Pacific Command region, according to the Marine Corps statement. He completed MARSOC training as a critical skills operator in 2015 and from July 2017 to January 2018 deployed with 1st Marine Raider Battalion to the Indo-Pacific Command region.

Braica is survived by his wife and son.