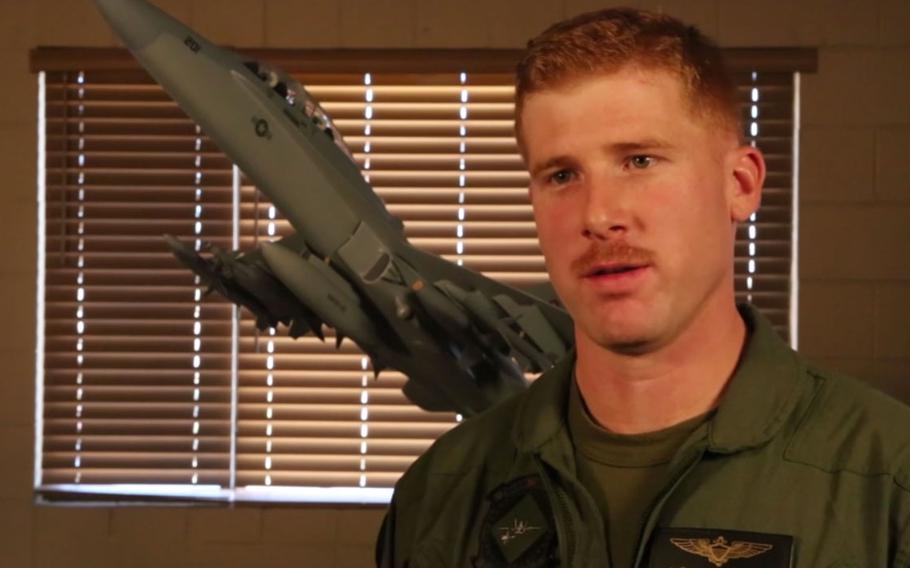 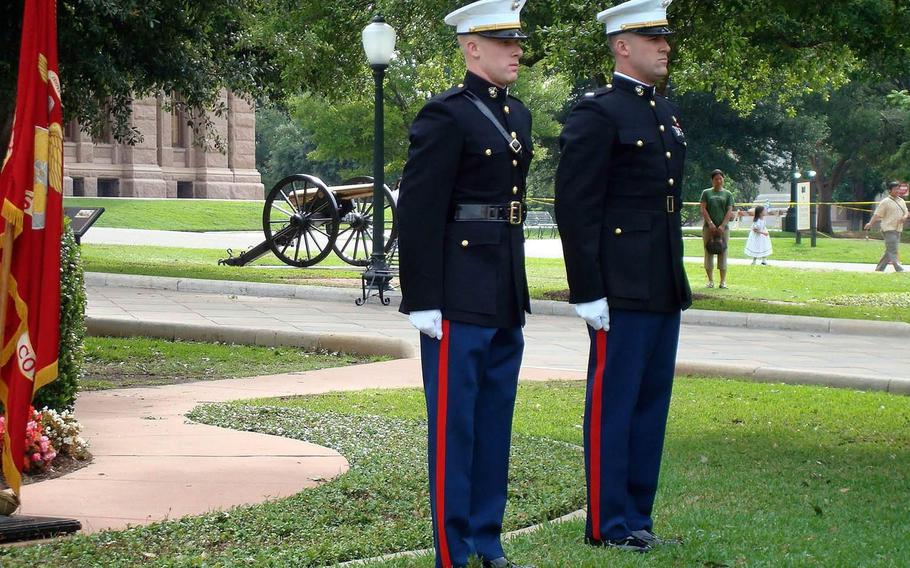 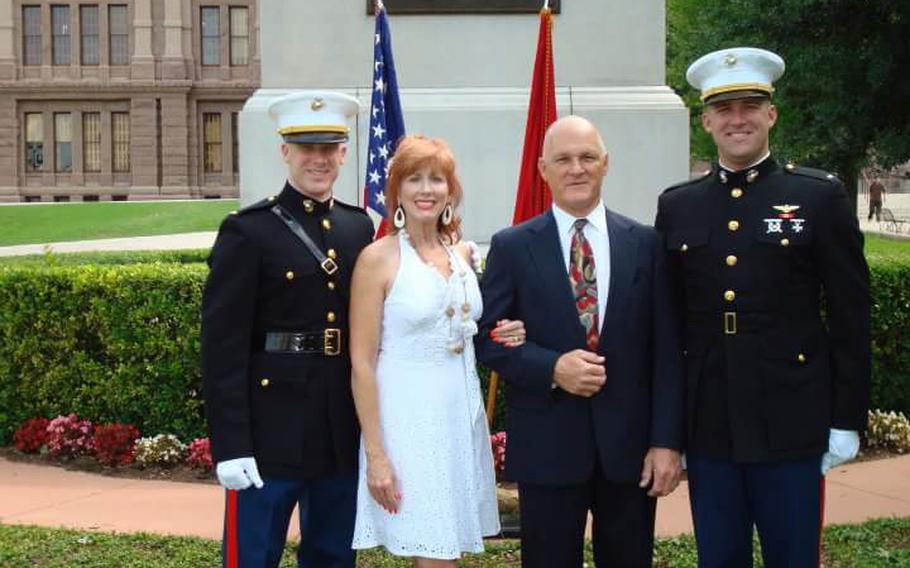 Frederick, 32, was based with the 1st Marine Aircraft Wing in Okinawa. He ejected from his aircraft at about 6:40 pm local time Wednesday. A fellow Hornet pilot that had been on the training flight remained above the site until it had to depart to refuel.

The Japanese Ministry of Defense confirmed to local media Thursday that a Japanese Maritime Self-Defense Force ship had recovered Frederick, and the Marines released a statement late Thursday saying that Frederick had not survived the crash.

"Our deepest condolences go out to the family and friends of the pilot," the Marine Corps said in a statement.

Frederick was a graduate of W.B. Ray High School in Corpus Christi, Texas, and attended the University of Texas at Austin, where he met his wife, Kiley, his mother, Donna Frederick, said Thursday. The couple have a young son and a baby on the way, she said.

Donna Frederick said the Marines had been to her home to notify her.

Jake was “a beloved son,” Donna Frederick said. He loved waterskiing, snow skiing and tennis. “Flying was his dream,” she said. “He got to do that.”

Serving in the Marine Corps runs deep in the family. Donna Frederick's father was a Marine, and Jake Frederick’s brother, Joe Bob Frederick, is too. He flew the C-130J while on active duty. He is now in the Marine Corps Reserves and a flight instructor at Naval Air Station Corpus Christi.

He said his little brother inspired him to join the Marines, and the family's love of flying inspired them both to become pilots.

"Dad had a small plane," Joe Bob Frederick said. "We grew up as babies in that plane. We were just around aviation and grew up with it."

The boys would often end up water skiing on the Nueces River, where Jake befriended a Blue Angels pilot. That interaction and others lit his desire to become a Marine aviator, Joe Bob Frederick said.

Both boys went through Officer Candidate School, with Joe Bob, who is four years older, beating Jake to active duty by three years. When it was Jake's turn to be sworn in, it was Joe Bob who commissioned him.