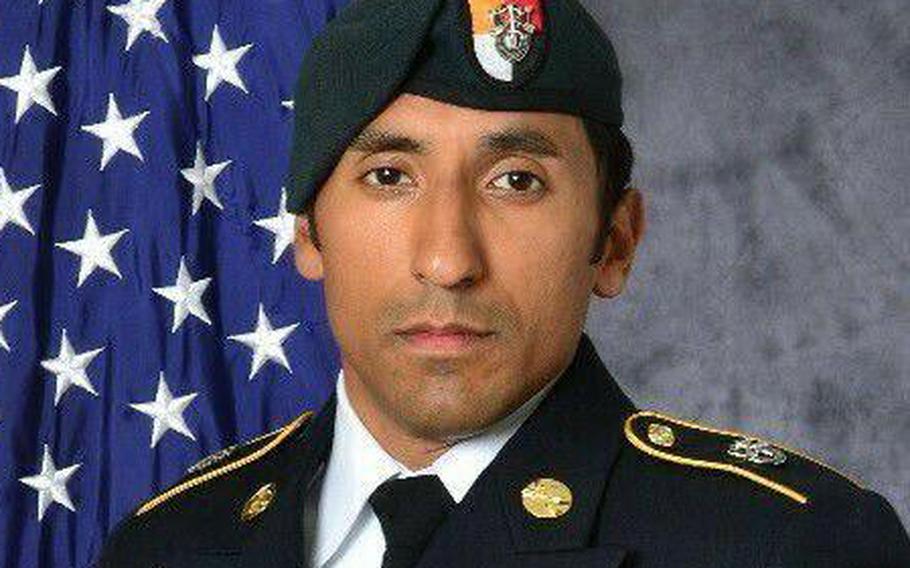 WASHINGTON – A Marine Raider charged in the 2017 hazing death of a Green Beret in Africa will plead guilty Thursday to negligent homicide and other charges for his role in a “stupid prank that went horribly wrong,” his defense attorney said.

Staff Sgt. Kevin Maxwell Jr. faces a felony-level general court-martial at Naval Station Norfolk in Virginia for his role in the June 4, 2017 death of Army Staff Sgt. Logan Melgar in the Malian capital city of Bamako where they were deployed. Maxwell is one of four special operators charged in Melgar’s death and will become the second to plead guilty to his involvement.

Brian Bouffard, Maxwell’s civilian lawyer, said Tuesday that the Marine had reached a pre-trial agreement with prosecutors and was prepared “to accept responsibility for his role” in Melgar’s death. In addition to pleading guilty to negligent homicide, which is the lowest level of criminal homicide that can be charged under the Uniform Code of Military Justice, Maxwell will plead guilty to other charges including burglary and obstruction of justice, Bouffard said.

“This is a tragedy on multiple levels,” Bouffard said. “…I don’t believe any of these four men … had the intent or desire to kill Logan Melgar. This death was an accident.”

Nonetheless, Bouffard said Maxwell and the others involved must be held accountable for their actions during the incident and after Melgar’s death, when they attempted to mislead investigators.

Maxwell faces the possibility of multiple years in prison. Negligent homicide carries a maximum penalty that include a dishonorable discharge, forfeiture of all pay and allowance and three years in prison, according to the UCMJ.

All four special operators charged in Melgar’s death initially faced a slew of charges for their roles including felony murder, involuntary manslaughter, conspiracy, obstruction of justice, hazing and burglary.

Maxwell’s court-martial comes just weeks after Navy SEAL Chief Petty Officer Adam Matthews pleaded guilty to reduced charges that he conspired to commit an assault and battery, unlawful entry and obstructed justice. In a lower-level special court-martial May 16, Matthews was sentenced to one year in prison, a two-grade reduction in rank to petty officer 2nd class and a bad conduct discharge.

The others charged, Navy SEAL Chief Petty Officer Tony DeDolph and Marine Raider Gunnery Sgt. Mario Madera-Rodriguez, have yet to face a judge in their cases.

Matthews told the military judge overseeing the case that the group never intended to kill Melgar, but they wanted to “remediate” him for perceived performance issues and a “slight” from the previous night, accusing him of abandoning Maxwell and Madera-Rodriguez in an area of Bamako with which they were unfamiliar.

The SEAL, who had been a member of the Naval Special Warfare Development Group or SEAL Team 6 since 2005, said the group used a sledgehammer to break into Melgar’s quarters where he was asleep. He said they had planned to duct-tape his hands and feet and videotape him “to embarrass him.”

But Melgar became unresponsive and eventually died as DeDolph held him in a headlock, Matthews said.

“Words cannot express how deeply I regret those events and how remorseful I am,” Matthews said during his court-martial before he was sentenced. “The Navy expected me to be a leader. I am tormented by my complacency at a time when my teammates required my guidance and the situation required bold, corrective action.”

Maxwell is from Indiana, enlisted in the Marine Corps in November 2007 and served in Afghanistan, according to service records.