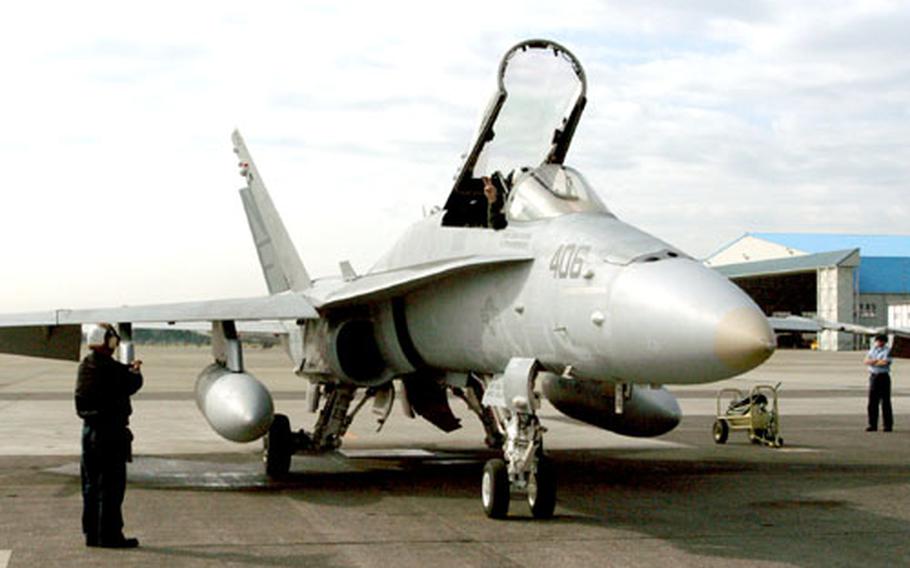 A plane captain runs through the startup sequence using a series of signals to the pilot. (Juliana Gittler / S&S)

A plane captain runs through the startup sequence using a series of signals to the pilot. (Juliana Gittler / S&S) 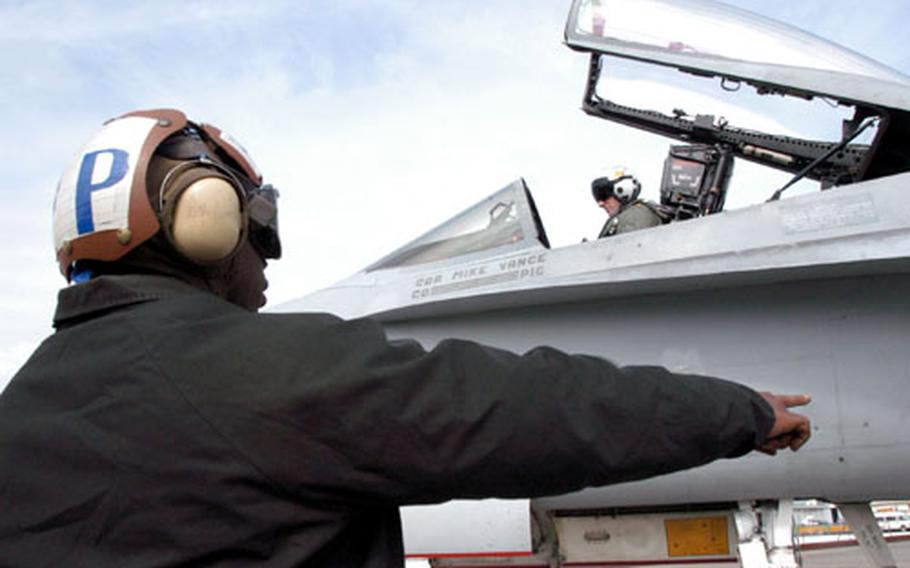 Navy plane captains, usually the youngest personnel in the squadron, serve as the liaison between the pilot and plane and the ground crew. They wash the plane, fuel it and take it through safety checks and inspections. It doesn’t move until the plane captain says so, said one pilot. Here, a plane captain directs the pilot through a startup sequence before a flight. (Juliana Gittler / S&S) 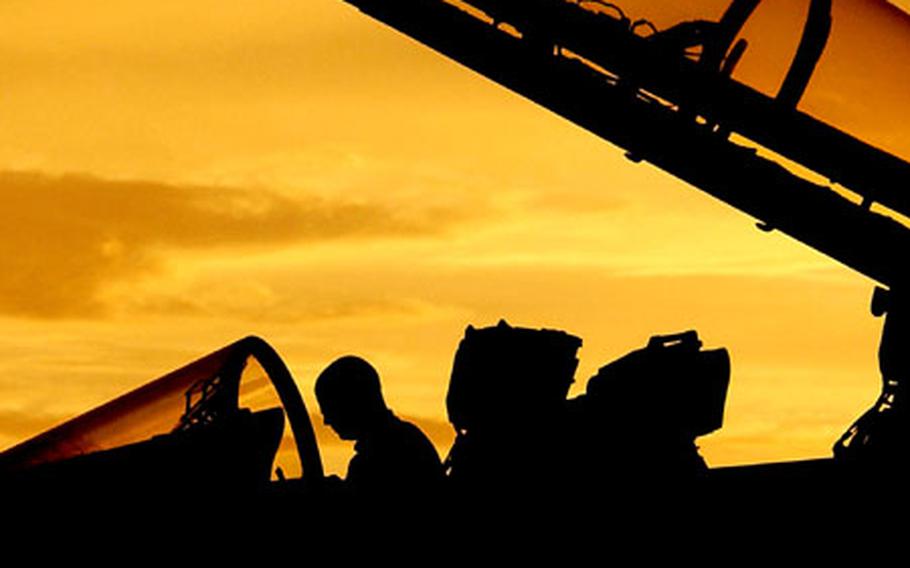 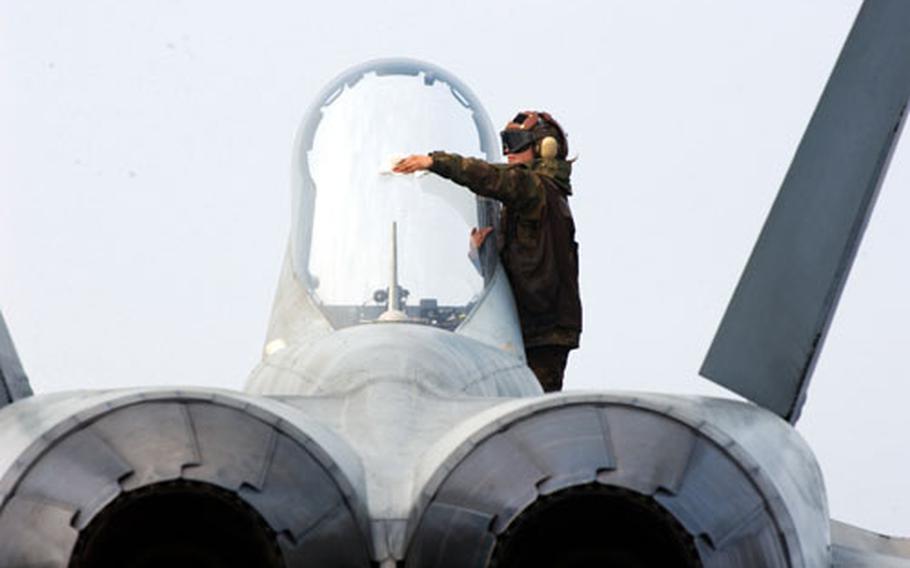 A plane captain cleans the canopy of an F/A-18C Hornet after its return from flight operations aboard USS Carl Vinson. (Courtesy U.S. Navy) 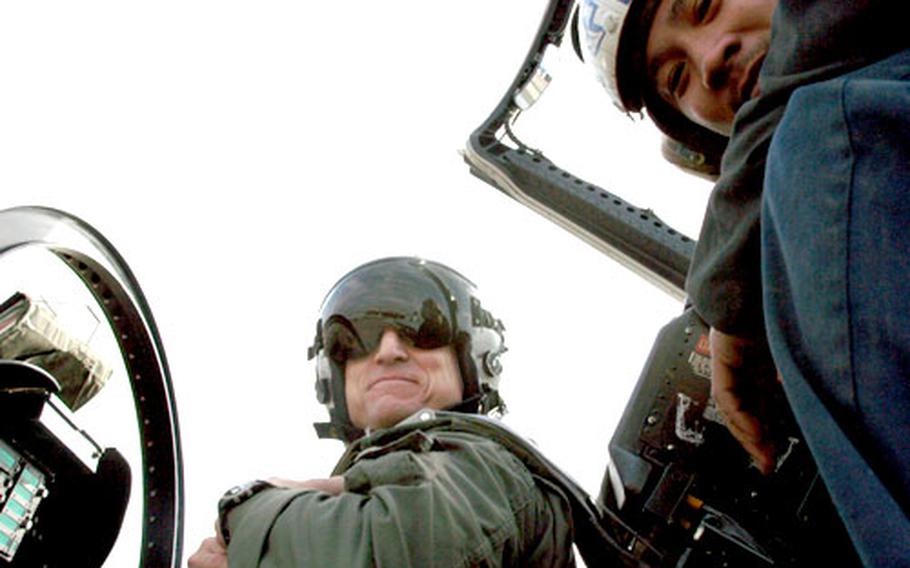 ATSUGI NAVAL AIR FACILITY, Japan &#8212; Navy Airman Rossana Ojeda never thought she would use tools as part of her job, or be responsible for a multimillion-dollar piece of equipment.

At 20, she has a supercharged life that has her on the flight deck of an aircraft carrier or tooling around a multimillion-dollar plane.

&#8220;They&#8217;re the youngest people in the squadron,&#8221; added Petty Officer 1st Class Andrew Larkin, an aviation ordnanceman and leading petty officer for the Line Shack, the department in which plane captains work.

Plane captains usually are undesignated Navy airmen, meaning they haven&#8217;t picked a rate or occupation specialty. They&#8217;re young and inexperienced, but they quickly learn most aviation jobs, such as machinist, electrician and ordnance handler.

Fresh from boot camp, plane captains arrive on station, and within a few months are handed a plane.

&#8220;I didn&#8217;t know what a Prowler was,&#8221; Ojeda said. Now she jokes that the pilots are borrowing her plane when they fly. The captains are so essential to the craft that their names are painted on the bottom.

After serving in the line shack, plane captains are better able to decide their future. Some leave aviation altogether, like Ojeda, who decided to seek a personnel job.

Others, such as Dalli, select an aviation job they learned about while being a plane captain. She&#8217;s now an aviation electrician&#8217;s mate and soon will start in the shop for electricians.

Each job falls into a shop; the plane captain is the only one in the crew who works with them all.

Plane captains learn a range of skills including signals for communicating with pilots amid the roar of engines, to run through the preflight checklist and start-up sequence.

Captains do cursory inspections after flights and exhaustive inspections at the end of each day. Any problems are reported to maintenance and repair personnel, who coordinate through the plane captains before touching the plane.

The job can be exhausting, but having your very own plane is fun, the captains admit.

It&#8217;s also dangerous. Jacobs recalls standing on the flight deck of the USS Kitty Hawk as an F-14 turned. The heat from the engine exhaust burned off the hair on his arms.