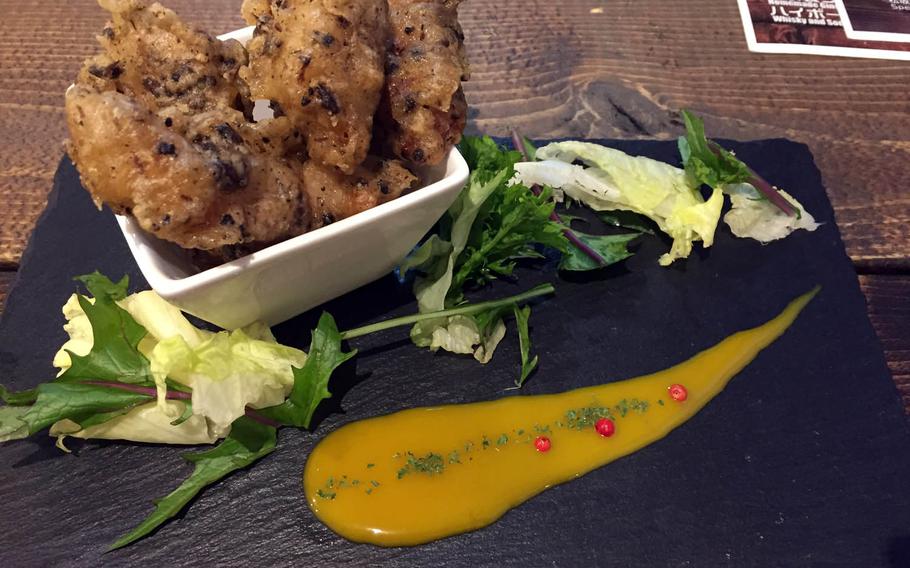 Buy Photo
Customers sip on beer in the brewery section of Yokosuka Beer near Yokosuka Naval Base, Japan. (Tyler Hlavac/Stars and Stripes) 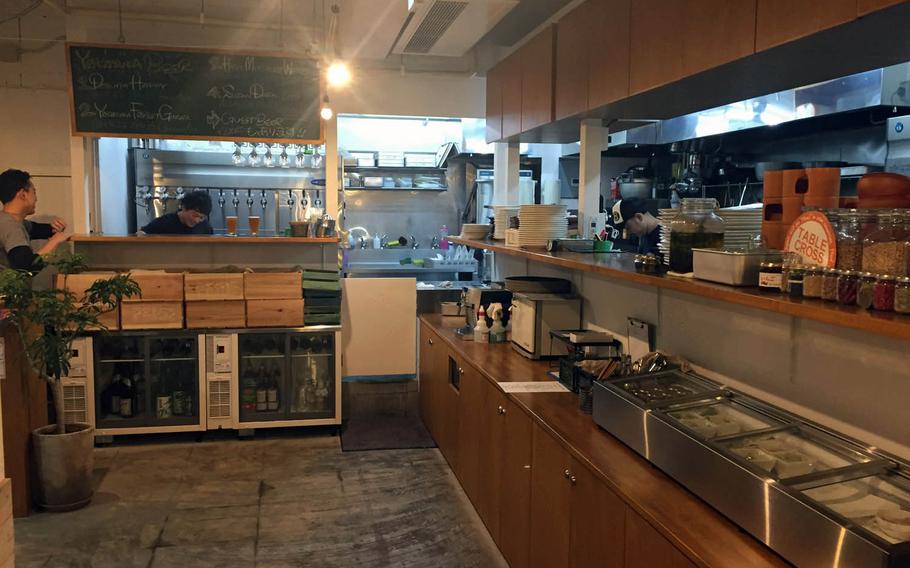 Buy Photo
Yokosuka Beer serves its own brand of craft beer on the first floor and food with local ingredients near Yokosuka Naval Base, Japan. (Tyler Hlavac/Stars and Stripes)

A new brewery and restaurant near Yokosuka Naval Base, Japan, is looking to bring the taste of Yokosuka straight to your table.

Yokosuka Beer, which opened in late February, is the latest addition to the Chuo area. The restaurant/brewery serves its own brand of craft beer on the first floor and food with local ingredients upstairs.

A fairly hip joint in an old brick building a few blocks from the heart of the Honch, Yokosuka Beer offers a level of quality and atmosphere that used to require a trip to nearby Yokohama.

Upon entering, visitors immediately will see gleaming silver beer brewing vats where the beer is made and served on-site. The brewery’s selection rotates and can run out, but that’s often the price one pays for quality beer.

Intrigued at the idea of ginger-flavored ale, I ordered a Yokosuka Forest Ginger and found it crisp and refreshing. There’s also a full bar offering staples like wine, sake and shochu.

The theme of the restaurant and brewery is “Yokosuka Pride,” which is plastered throughout the establishment, on the menu, beer glasses, T-shirts, etc. That attitude extends to its food menu, which boasts several chicken, fish and vegetable dishes that are made with local ingredients.

I tried German potato and bacon and deep-fried pork, both for 800 yen (about $7.30). I ordered two dishes because the servings were small; however, both were outstanding and worth the price.

The menu is somewhat limited, generally fish or bacon and a set of soup, salad and rice or bread for 800 yen, but it might be worth checking out for anyone who hasn’t experienced a more traditional Japanese breakfast.

And yes, beer is available with breakfast.

Directions: A few minutes’ walk from Yokosuka Naval Base’s Womble Gate. It’s in a red-brick building next to Lucky Exchange.