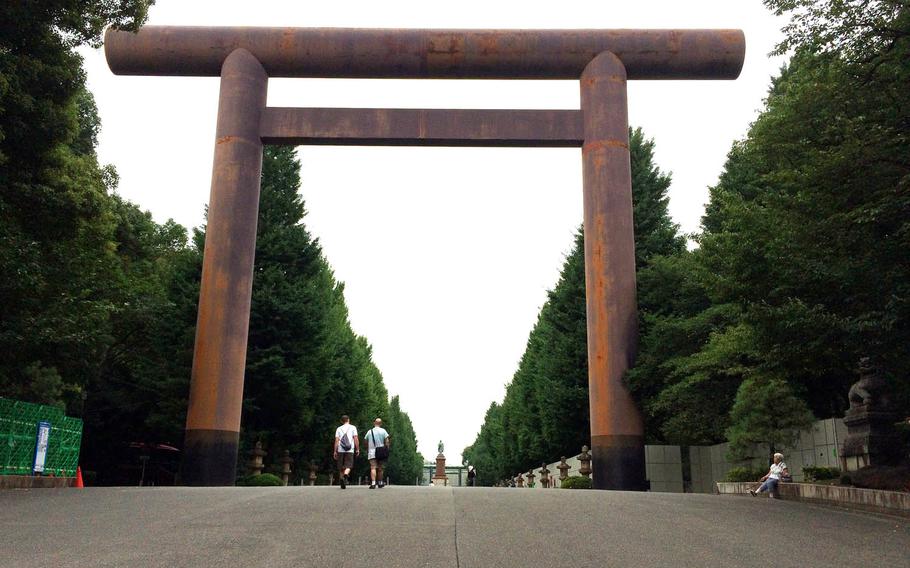 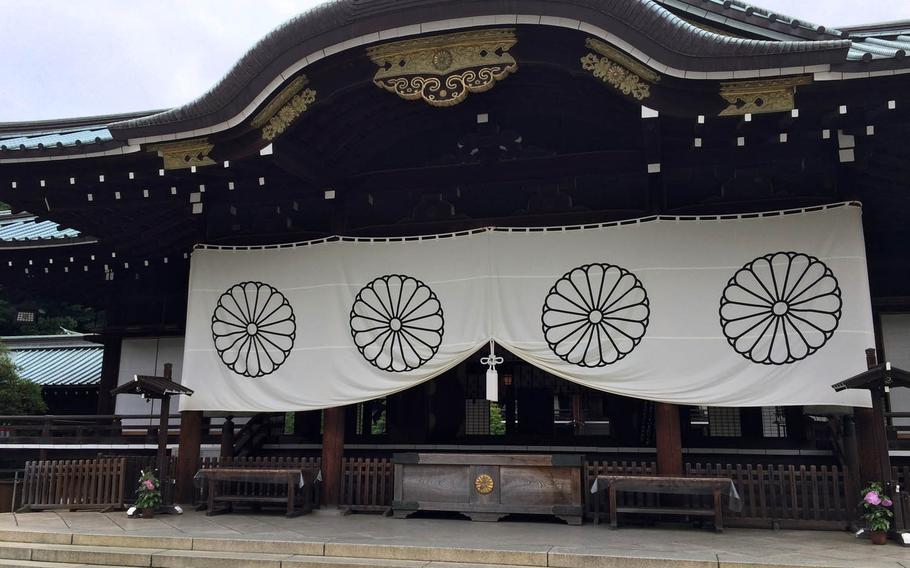 A visit to Yasukuni Shrine, which enshrines the souls of many Japanese war criminals in central Tokyo, can be controversial for politicians. (Allen Onstott/Stars and Stripes) 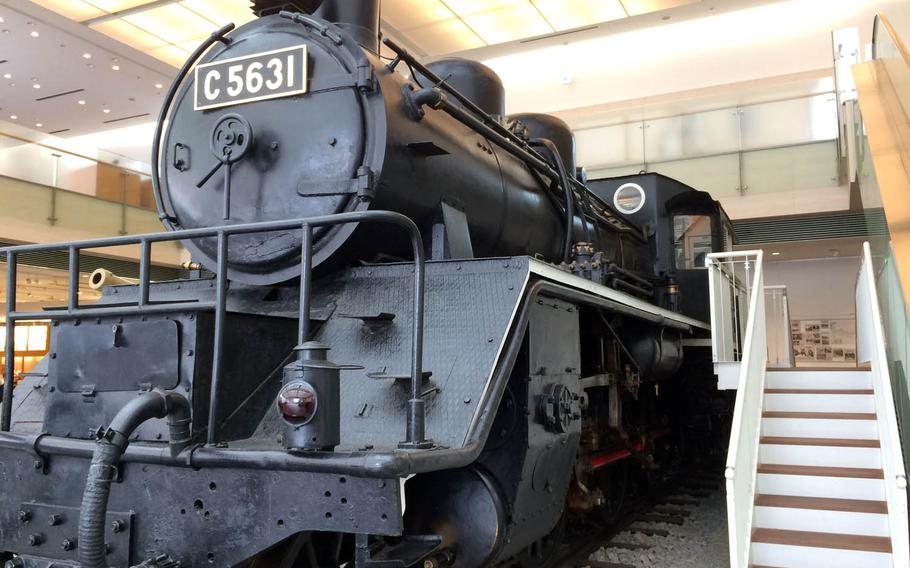 This locomotive, which chugged on the so-called Death Railway between Thailand and Burma during World War II, is free to see at Yasukuni Shrine in central Tokyo. (Allen Onstott/Stars and Stripes) 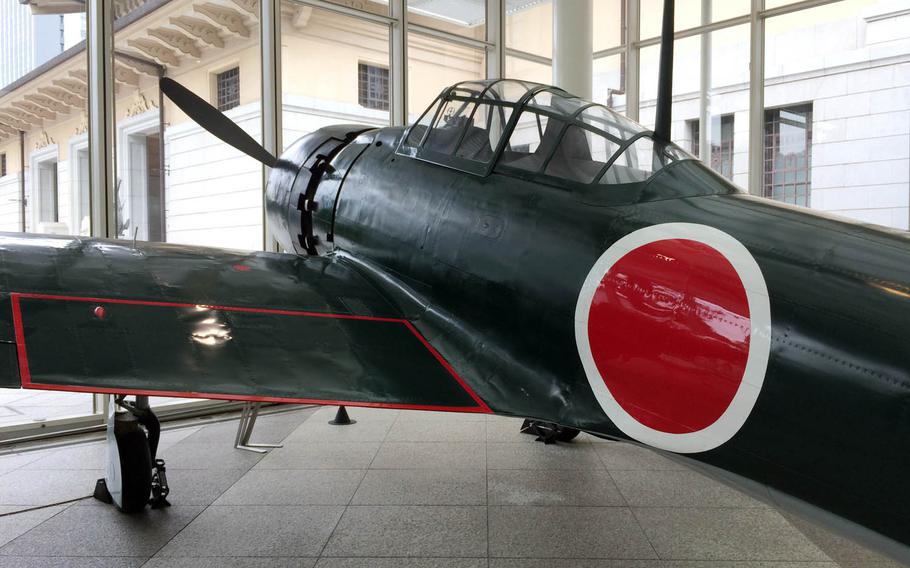 A Japanese Zero fighter plane can be seen at a museum on the grounds of Tokyo's Yasukuni Shrine. (Allen Onstott/Stars and Stripes)

Yasukuni Shrine, near Tokyo’s Imperial Palace, is more than just a place where the souls of almost 2.5 million Japanese soldiers are enshrined.

A visit there can be controversial if you’re a politician, but for the rest of us it involves strolling through a massive Torii gate, around the shrine’s spacious grounds and checking out some of the art and relics designed to glorify Japan’s imperial past and those who fought during World War II and earlier conflicts.

Approaching the shrine involves walking along a wide path and under Torii gates that seem grander than the ones at the famous Meiji Shrine in Shibuya. Stone statues of intimidating and proud lions, horses, dogs and other creatures line the road.

The grounds seem massive when compared with neighboring central-Tokyo real estate. It takes a solid 10 minutes to walk, at a brisk pace, from the entrance to the shrine itself. Inside the compound, groundskeepers can be spotted raking gravel and picking up trash and debris.

There are plenty of Japanese salarymen among the visitors. Each silently bows as he reaches the threshold of the Torii gate before passing under it. Their movements have a familiar, efficient manner, as if they have done this hundreds of times.

Built out of dark wood and trimmed with gold and a decorative white sheet, the shrine has a curved roof and a large coin box where visitors can make an offering and stand to pray.

The area in front of the shrine was swept clean of even the tiniest of debris under the watchful gaze of uniformed security.

Behind the main shrine, through a wooden lattice, visitors can see a collection of other traditional wooden structures; however, they aren’t permitted to approach.

Nearby, the Yushukan War Memorial Museum’s 19 exhibition rooms are crowded with tourists checking out displays of memorabilia and weapons from the “Greater Asian War” in which Japan, supposedly, freed Asia from colonial powers.

There’s an impressive collection of artifacts that includes hundreds of swords, paintings and even trains, planes and submarines. There’s a locomotive that chugged along the so-called Death Railway between Thailand and Burma during the war, a Zero fighter aircraft and a one-man submarine nicknamed “the human torpedo” that was designed for suicide missions.

Kids can clamber up steps into the train and play with its controls or check out heavy artillery pieces pockmarked by bullets.

The walls are covered in framed photographs of fallen Japanese soldiers and displays of military swords and knives, polished to perfection.

Things that you won’t find here are mentions of Japanese war crimes or the atomic bombs that ended World War II. For an English speaker, at least, there’s no clue that this place supposedly enshrines the souls of more than 1,000 war criminals, including 14 “Class A” war criminals executed by the Allies after the war.

Located a short walk from Exit 6 at Kudanshita Station.